Fight against pollution may witness a paradigm shift 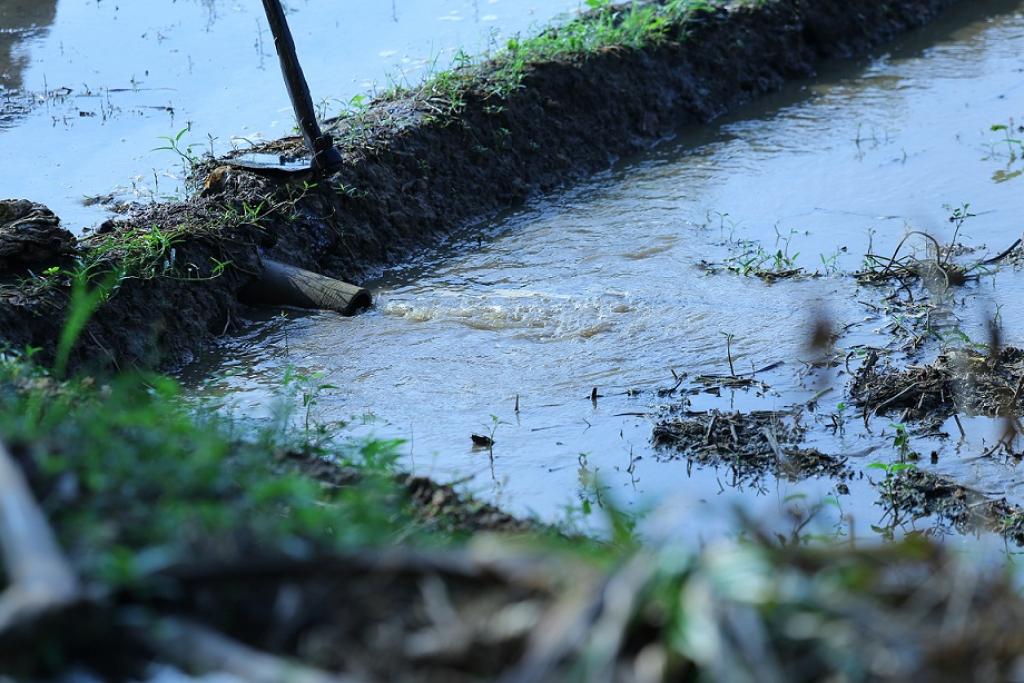 The fight against environmental pollution could soon witness a paradigm shift, with a new study showing that domestic sewage is increasingly becoming a major source of Nitrogen pollution. The finding assumes importance as till now vehicular emission and fertiliser sector were considered as the main sources of Nitrogen pollution in that order. This assumption has to now change.

Speaking to India Science Wire, Dr. NandulaRaghuram, a key member of the study team, noted that the startling finding could be because all this while not much data was available on Nitrogen pollution generated by domestic sewage.

The study team was set was in 2006 by Society for Conservation of Nature, a voluntary body of scientists. The task force was named Indian Nitrogen Group (ING). It consisted of experts from diverse backgrounds and was mandated to review the problem of pollution posed by reactive Nitrogen in a comprehensive manner.

A series of nation-wide consultations were conducted in association with Union Government’s Department of Biotechnology (DBT), the National Academy of Agricultural Sciences (NAAS), and Indian National Science Academy (INSA). Several agencies including the Ministry of Environment and Forests (MOEF) and Council of Scientific and Industrial Research (CSIR) also actively supported the initiative.

Dr. Raghuram is a co-founder of the task force. He is Dean, School of Biotechnology, Guru Gobind Singh Indraprastha University at Dwarka in Delhi. ING recently published a report on its study titled “The Indian Nitrogen Assessment: Sources of Reactive Nitrogen, Environmental and Climate Effects, and Management Options and Policies”.

Dr. Raghuram suggested that the Government of India’s Swachh Bharat Abhiyan to promote cleanliness in the country could be leveraged to encourage safer disposal of sewage. “Nitrogen emission from domestic sewage is growing at nearly four times as compared to fertilisers. Very soon the emissions from sewage may out run the pollution from fertilisers. This may not be a problem in the West. They have better disposal and recovery system in place. We should extract active nitrogen from the sewage and use them again as fertilizer. This would also reduce the fertiliser burden and save public money”.

The study has also highlighted that many water bodies in the country are facing extinction in the wake of increasing Nitrogen pollution. The reactive nitrogen in Indian environment is mainly in the form of nitrous oxide coming from vehicular exhaust and Ammonia coming from fertilizers, livestock and sewage. The active nitrogen going up into the atmosphere falls back along with the rain in noxious forms.  The active nitrogen rich rain pollutes the water bodies increasing the nutrient in them leading to growth of algae. “Water bodies rich in nitrogen and phosphorus appear lush green, and once the dissolved oxygen is diminished by extraordinary growth of plants the water body turns brown and eventually red destroying all the aquatic life including fish. Finally the pond dies completely’’.

He also noted that the active Nitrogen pollution has not just affected the surface water bodies, but has also seeped into the ground water, polluting them.  “At several places in the country the levels of active nitrogen in drinking water is nearly twice the limits prescribed by the World Health Organisation (WHO)”.

Besides, he noted, even forests in remote corners are being affected in a large way. “We see sudden blooms of lush growth even in remote forest areas untouched by human hand. They are being fertilized by the active nitrogen rich rain”.

Talking about the contribution of the fertiliser sector in Nitrogen pollution load, he noted that the new study should help change the general perception that over use of fertilisers was the main source of active nitrogen pollution.  “For the last few decades the active nitrogen load in the environment is being measured and there had been a tendency to blame the alarming levels of increase in the environment entirely on the fertiliser sector. The real truth is different. It is not the only one to be blamed’’.

He underscored the need to regulate the use of fertilisers. “Our studies indicate that only about 30% of the nitrogen in the fertilisers that are applied is assimilated by the plant. The balance is going into the environment, polluting air, water and land”, he says.

He noted that due to poor returns on agriculture and other factors, farmers are not able to practice precision agriculture, applying small doses of fertilizers many times. Instead, they resort to applying fertilisers fewer times in large doses. Plants cannot take the excess fertilisers and the unused portion goes on to pollute land, air and water. In India, cereal crop production has very low Nitrogen Use efficiency. We need a re-look at our fertiliser policy, especially urea pricing.”

He said policy decisions like mandating neem coated urea as the only source to be sold in retail market and reducing the pack-size of urea bag would contribute substantially to reduction of the active nitrogen pollution.

Dr. Raghuram urged that concerns over global warming resulting from accumulation of greenhouse gases take into account active nitrogen pollution too.“Human activity releases twice the amount of reactive nitrogen as nature. In the case of CO2,on the other hand, Nature contributes the bulk. Only five to ten percent of CO2 put into atmosphere every year is anthropogenic. N2O is 300 times potent greenhouse gas than CO2.”

As a co-founder of the Indian Nitrogen Group, he facilitated interdisciplinary international consultations on the research and policy aspects of reactive nitrogen and other nutrients in agriculture, industry and environment.

A modern biologist, Prof. Raghuram’s research interests are primarily in functional biology and biotechnology of nitrogen metabolism in higher plants and cyanobacteria. His broader interests include health, education, science dissemination and policy. He has been honoured with many awards and recognitions and his publications include many articles in refereed journals and books. He has received over 924 citations from over 50 countries.

This feature is based on the interview of Prof Raghuram broadcast during Eureka programme on Rajya Sabha TV.