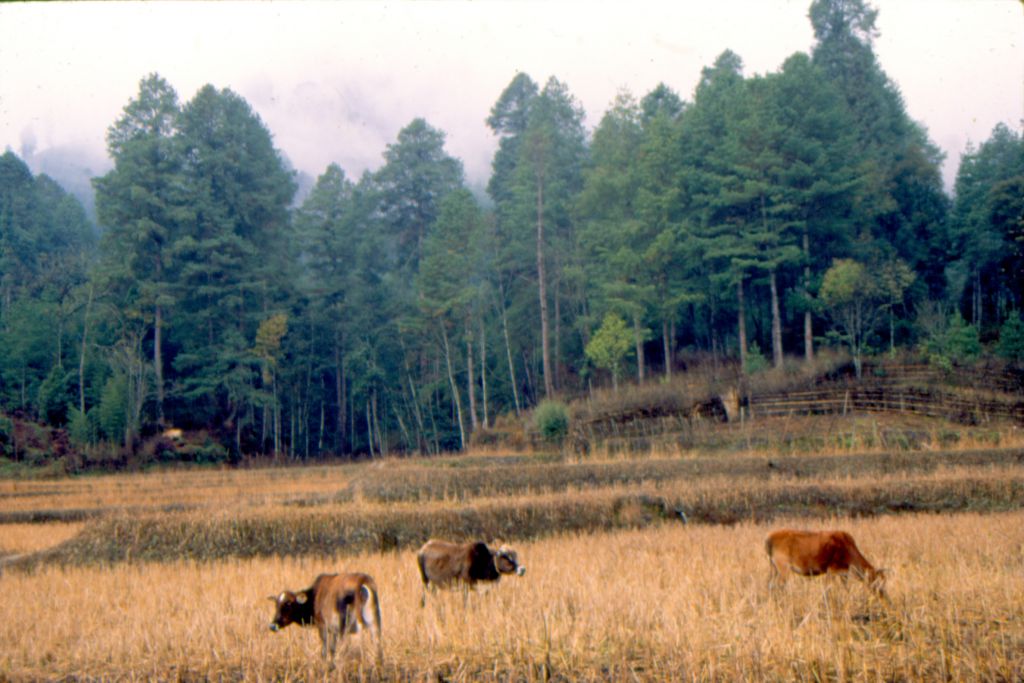 A new study shows that emissions of methane (CH4) and nitrous oxide (N2O) from grasslands increased by a factor of 2.5 since 1750 mainly due to increased emissions from livestock. This has more than compensated for reduced emissions from the shrinking number of wild grazers, said the study published in Nature Communications.

The net carbon sink effect of grasslands (the ability of grasslands to absorb carbon and pack it in the soil) worldwide was estimated to have intensified over the last century but mainly in sparsely-grazed, natural grasslands.

To conduct the study published on January 5 2020, researchers from around the world collaborated to quantify changes in carbon storage and greenhouse gas fluxes in natural and managed grasslands between 1750 and 2012. 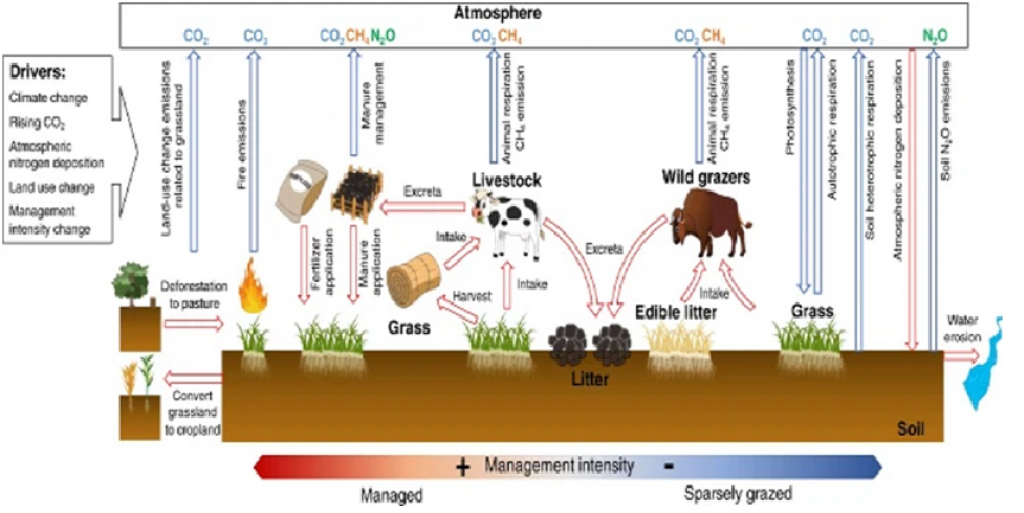 The processes and the greenhouse gas fluxes that are related to grassland are shown as red and blue arrows, respectively. The red-to-blue layout at the bottom of the figure indicates management intensity from high (red; intensively managed grassland) to low (blue; sparsely grazed and natural grassland)

Thomas Gasser from The International Institute for Applied Systems Analysis (IIASA), who coauthored the study titled “Uncovering how grasslands changed our climate”, said:

“The recent trends we see towards the expansion of pasture land and higher livestock numbers lead us to expect that global grasslands will accelerate climate warming if better policies are not put in place to favour soil carbon increases, stop deforestation for ranching, and develop climate-smart livestock production systems."

In the face of climate change and increased demand for livestock products, these findings highlight the need to use sustainable management to preserve and enhance soil carbon storage in grasslands, the study said.

According to the authors, full greenhouse gas reporting for each country could facilitate the assessment of progress towards the goals of the Paris Agreement and better link national greenhouse gas budgets to the observed growth rates of emissions in the atmosphere.

Philippe Ciais, one of the authors associated with Laboratory for Sciences of Climate and Environment (LSCE), said, “In the context of low-warming climate targets, the mitigating or amplifying role of grasslands will depend on a number of aspects.

This includes future changes in grass-fed livestock numbers, stability of accumulated soil carbon in grassland and whether carbon storage can be further increased over time or if it will saturate, as observed in long-term experiments.”