At least 13 south Asian cities are highly noise polluted, five of which are in India 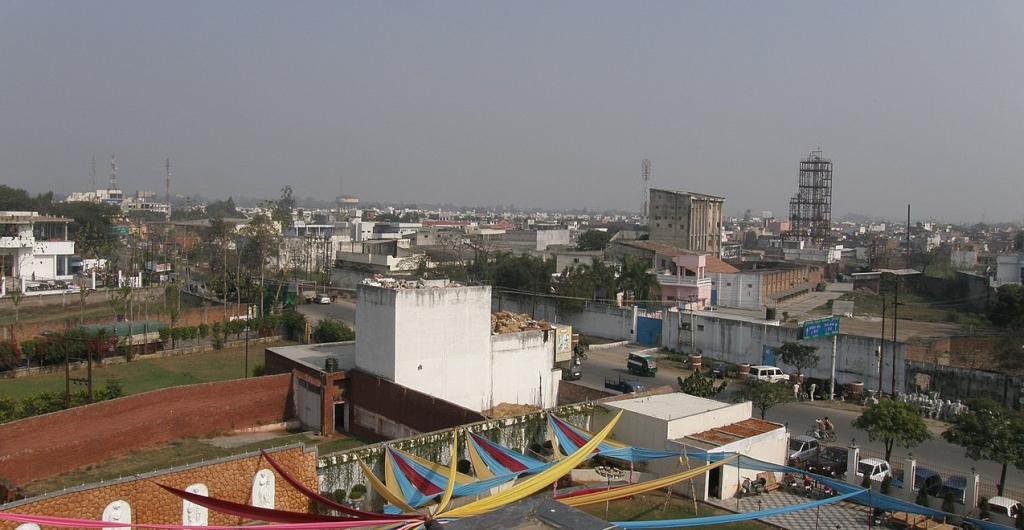 The skyline of Moradabad. Photo: Rishabh Mathur via Creative Commons

The city of Moradabad in Uttar Pradesh is the second-most noise polluted city globally, according to a recent report by the United Nations Environment Programme (UNEP).

Moradabad has recorded noise pollution of a maximum of 114 decibels (db). The Frontier 2022 report mentions a total of 61 cities.

The report identifies 13 noise polluted cities in south Asia. Five of these, including Moradabad, are in India, which have recorded alarming levels of noise pollution:

The noise pollution figures given in the report relate to daytime traffic or vehicles.

Sounds with a frequency over 70 db are considered harmful to health.

The World Health Organization (WHO) had recommended a 55 db standard for residential areas in the 1999 guidelines, while for traffic and business sectors, the limit was 70 db.

The WHO set the limit of noise pollution on the road at 53 db in 2018, taking into account health safety.

As cities grow, noise pollution becomes a major threat to the environment. High levels of noise pollution affect human health and well-being by having an effect on sleep. This has a bad effect on the communication of many animal species living in the area and their ability to hear.

The long duration of high noise pollution is a matter of concern for people and policymakers, according to the report. At least 20 per cent of the European Union’s citizens hear noises that are harmful to health.

Regular exposure for eight hours a day to 85 decibels of sound can permanently eliminate the ability to hear. Not only that, exposure to relatively low noise pollution for long periods in cities can harm physical and mental health.

According to the report, long-term exposure to noise pollution in Europe causes 12,000 premature deaths annually, 48,000 new cases of heart disease and 22 million people suffer from irritability.

A study in Korea showed that a 1 decibel increase in daytime sound increased the risk of cardio (heart) and cerebrovascular (related to blood flow to the brain) diseases by 0.17 to 0.66 per cent, the report said.

It added that noise pollution can also be prevented like other pollutants. There have been initiatives to make laws in this direction in many countries, but they have not proved to be very effective in eliminating the problem.