Presence of secondary pollutants such as nitrates and sulfates increase the reproduction rate of the virus SARS-CoV-2, according to the study 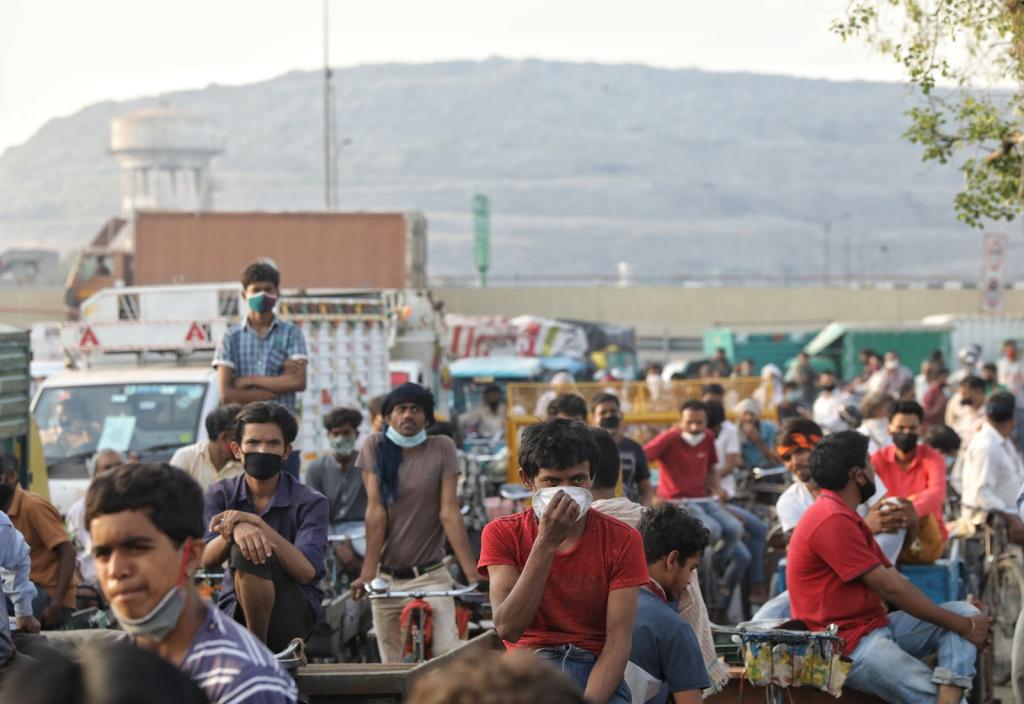 Ambient particulate matter 2.5 concentration directly corresponds to the speed at which the novel coronavirus disease (COVID-19) spreads through a population, a recent study from the United States has said.

It added that the presence of secondary pollutants such as nitrates and sulfates increase the reproduction rate of the virus SARS-CoV-2.

The latest research from the lab of professor Rajan Chakrabarty at University of Washington at St Louis, to be published in Journal of Science of the Total Environment, found a positive correlation between state wise R0 and PM 2.5 between March 2 and April 30, 2020.

This period was marked by a rapid surge in COVID-19 cases across the US, despite implementation of strict social distancing norms and a significant drop in air pollution.

Scientifically, the pace at which a disease spreads through a population is estimated using a dimensionless epidemiological parameter knows as the ‘basic reproduction ratio’ and denoted as R0. It is the average number of individuals that one infected patient would infect in a susceptible population.

Hence, R0 is an important parameter for both policy makers and frontline health workers, for it describes the onset of the outbreak of an infectious disease base on the threshold, Ro = 1. As R0 increases to greater than 1, the spread of the disease becomes more rapid and control measures become less effective.

For the study, daily concentration of ozone, nitrogen dioxide (NO2), oxides of nitrogen (NOx), relative humidity, and sulphur dioxide (SO2) have been averaged annually between 2012 and 2017.

Studies using multiple epidemiological and mathematical models suggest that an increase of 0.22 in R0 correspond to a mere 10 per cent increase in secondary pollutants such as sulfates, nitrogen dioxide and ammonia (collectively known as SNA), all of which come from vehicular and industrial emissions.

Specifically, when PM 2.5 was below 6 micrograms (µg), R0 increased rapidly with an increase in PM 2.5 concentration before reaching a plateau, after which it remained constant.

This increasing trend slowed down upon reaching its plateau. A mathematical analysis showed that a meagre 1.0 µg / m3 increase in PM2.5 concentration led to an increase of 0.25 in R0.

Though there is not much of a strong direct correlation between black carbon (BC) and R0, it was found that areas wherein PM 2.5 was primarily composed of SNA, an increase in BC, leads to in an increase in R0.

The team also investigated confounding factors such as population, population density and age,  number of people tested, poverty rate, percentage of  healthcare workers in the area,  race and other demographics. It still found that there existed a direct linear association between R0 and long term PM 2.5 exposure.

For instance, to eliminate SNA fraction to simple being a compositional surrogate for population density (SNA concentration is closely linked to mass urbanization), the researchers compared Alabama and Louisiana. The two states have similar climate, economy and demographics.

It was found that though the population densities between Alabama and Louisiana differed by a mere 1.04 per cent, Louisana’s fraction of SNA in its PM 2.5 was about five per cent more.

R0 in Louisiana is 20.7 per cent higher than Alabama, which reinforced the argument that R0 increases with an increase in pollution.

Chakrabarty and his group found these correlations to be the strongest in places where pollution levels were well below the National Ambient Air Quality Standards (NAAQS) of the US, thus elucidating that even if the air was ‘safe’ to breathe, presence of PM 2.5 in air would be dangerous and long-term exposure would only compound the problem.

The strong association between long-term exposure to low ambient PM2.5 and R0 has major implications for India, especially in Delhi, which has been experiencing a surge of cases since October.

As of today, every sixth person dying from COVID-19 in India is a Delhi resident. With an average of over 5,000 confirmed cases a day, Delhi is responsible for about 10 per cent of total infections, though it has only two per cent of the country’s total population.

The annual air pollution conundrum in Delhi-NCR is legendary and it is safe to say that all long-term Delhi residents have had considerable exposure to PM 2.5. These factors, combined with Chakraborty’s results and the annual festive season, can be assumed to be responsible for the spike in COVID-19 cases in Delhi.

Tackling air pollution, therefore, must be integrated with all strategies to control the surge in COVID-19 cases. Our standards that are already much weaker than those of the United States need a major revision. What we Indians have traditionally considered safe and clean air — is the air actually safe?

If even low levels of PM2.5 can increase the rate of infection, one can compute horrific possibilities with levels such high as ours

The pandemic can help us help us learn many lessons regarding public health measures. Tackling air pollution at the source and revising out standards is just one of them.