They also call for more coverage of oil spills in India 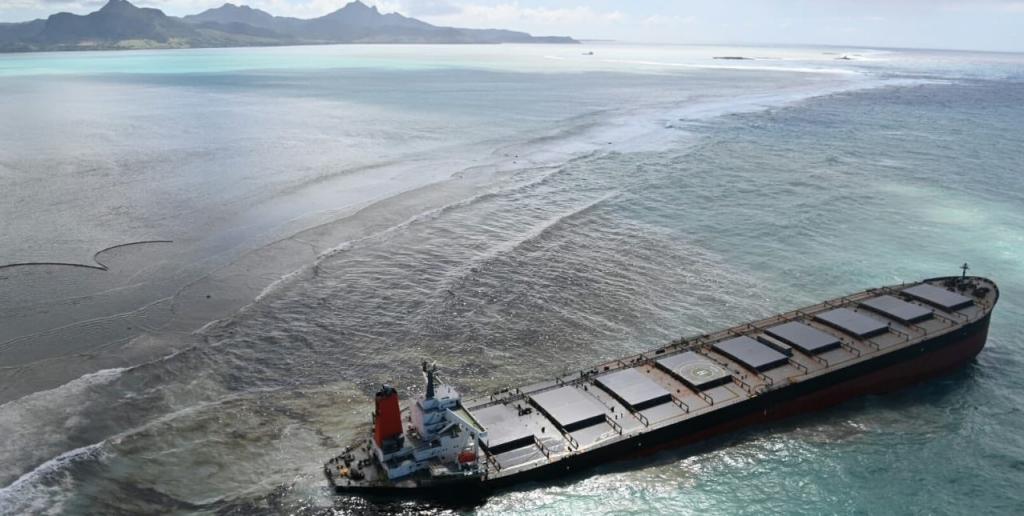 The recent oil spill in Mauritius could devastate its coral reefs and marine life, experts told Down To Earth on August 11, 2020.

“Mauritius is an island nation in the Indian Ocean off the south-east coast of the African continent that is known to have some of the world's finest coral reefs and marine life. The oil spill will not only affect marine life of Mauritius but could also impact neighbouring islands and their marine life including that of Maldives and Lakshadweep as the ocean systems are connected through currents,” Vardhan Patankar, marine biologist working with Wildlife Conservation Society-India, said.

The MV Wakashio, a Japanese-owned and Panama-registered ship that was travelling from China to Brazil ran aground a reef at Pointe d’Esny in the southeastern part of Mauritius on July 25, 2020.

A crack in the ship’s hull caused it to leak in the past week. The ship was carrying 4,000 tonnes of fuel oil, of which more than 1,000 tonnes has already leaked into the ocean.

Now, the remaining 2,500 tonnes remaining on board the vessel threatens to leak as well as the ship is breaking apart.

“Corals are animals made up of calcium carbonate. Microscopic algae are located inside a coral. There is a symbiotic relationship between a coral, which is an animal and the algae, which is a plant,” Patankar said.

Any kind of stress or pollution, like an oil spill, can expel the algae from a coral. When that happens, the coral gets bleached, which means it dies, he added.

“This is what is going to happen in Mauritius. That will have impacts not only on the coral reef but also on thousands of marine animals associated with the reef. These include reef fish, crabs, invertebrates like shells, molluscs, crustaceans,” Patankar said.

“The coral reef provides its nooks and crevices for these animals to live. Because this entire structure can collapse if it gets bleached, the consequences can be far reaching,” he added.

Patankar noted that there was very good satellite imagery available which could have informed the Mauritian government about the ship running aground and the subsequent leak.

“This ship was stuck on the reef for 13 days after running aground. Thirteen days is not a short time for authorities to react. But unfortunately it did not happen. That is because the oil industry has infiltrated big shipping,” he said.

The second factor was the scale. “The scale of this incident was too big for the Mauritians to handle. In fact, this incident is a wakeup call for the world to have disaster management plans to tackle oil spills,” Patankar noted.

“It is very unfortunate as to what has happened in Mauritius. There is global outrage. It is a very pristine environment and looks very idyllic. And when you see it covered in a layer of oil, it is very heart breaking,” Shaunak Modi, from the Mumbai-based non-profit, Coastal Conservation Foundation, said.

However, Modi questioned as to why there was no outrage in the Indian media about similar incidents that took place quite frequently.

“If you look at Mumbai, Juhu beach has been covered in tar balls for about a month-and-a-half now. No one has batted an eyelid. People sit among them every evening and children play among them. Nobody bothers because it has been normalised over the last 10-15 years, with statements that it happens every monsoon. While is there so much of an outrage about Mauritius but none for something that happens year after year in Mumbai?” he asked.