Punjab government’s move is a mockery of the law, at a time when environmental pollution is becoming deadly and dangerous 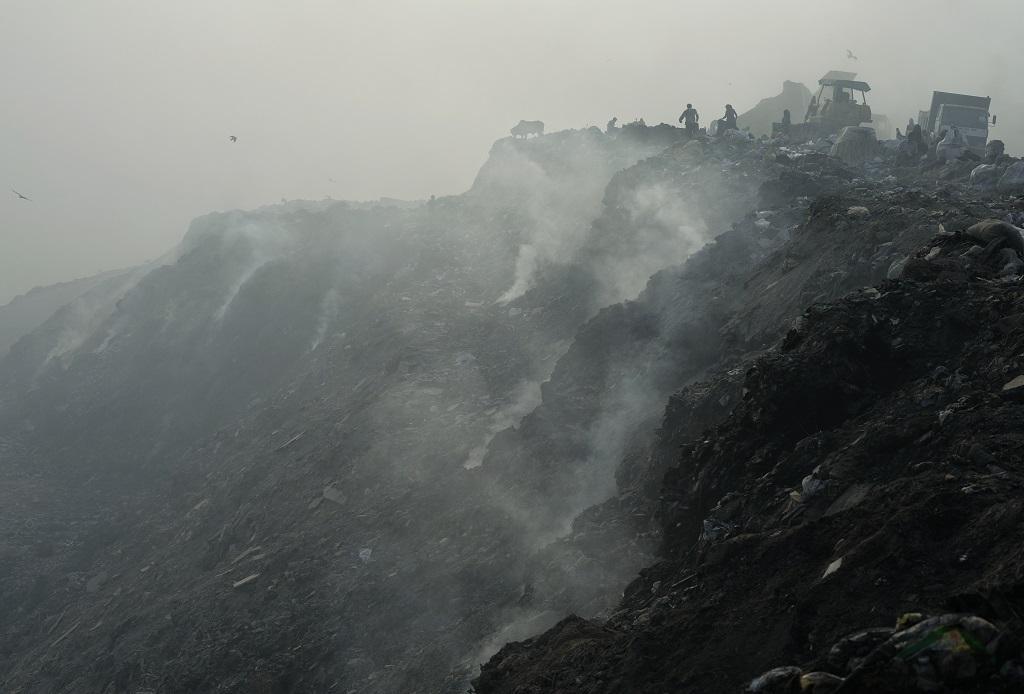 No lessons have been learnt even as people have died from fires in landfill sites such as Bhalswa in Delhi. Photo: Vikas Choudhary / CSE

The Punjab Pollution Control Board (PPCB) imposed fines worth Rs 130 crore on urban municipal bodies during the last two years for violating several environmental laws. But it managed to recover just Rs 17 crore, according to a report.

This is yet another instance of how pollution control boards impose environmental fines but prove to be toothless in recovering them.

The report has been prepared by Justice Jasbir Singh’s committee that was set up to oversee the implementation of the National Green Tribunal (NGT)’s orders on waste management.

The report stated that the PPCB had imposed an environmental fine of Rs 17.01 crore on various municipal bodies of Punjab for non-compliance of the Solid Waste Management Rules, 2016, between July 1, 2020 and March 31, 2021.

“An environmental penalty of Rs 93.22 crore was imposed on municipal bodies in Punjab between July 1, 2020 and February 28, 2022, for non-adoption of site remediation of drains and non-installation of sewage treatment plants,” the report added.

The committee of Justice Jasbir Singh, in its report submitted to the NGT on the case of seven people who died in a garbage dump in Ludhiana, had recommended that the state government deposit fines over Rs 100 crore to the Punjab Pollution Control Board.

Environmental fines are used for immediate relief and long-term relief under the polluter-pays principal.

The Punjab government is mocking environmental fines through its actions at a time when environmental pollution is becoming deadly and dangerous.

Lessons have not been learned even after two people died at Delhi’s Ghazipur landfill site in 2017. After this, in 2022, seven people of the same family were burnt to death in a garbage dump in Tajpur, Ludhiana and a middle-aged woman died after burning in plastic waste in Manesar, Haryana.

Under the Solid Waste Management Rules, 2016, it is the responsibility of governments not only to manage the waste but also to save the environment from getting polluted.