There were wide variations in the overall air quality in adjacent areas within the city, pointing at local pollution 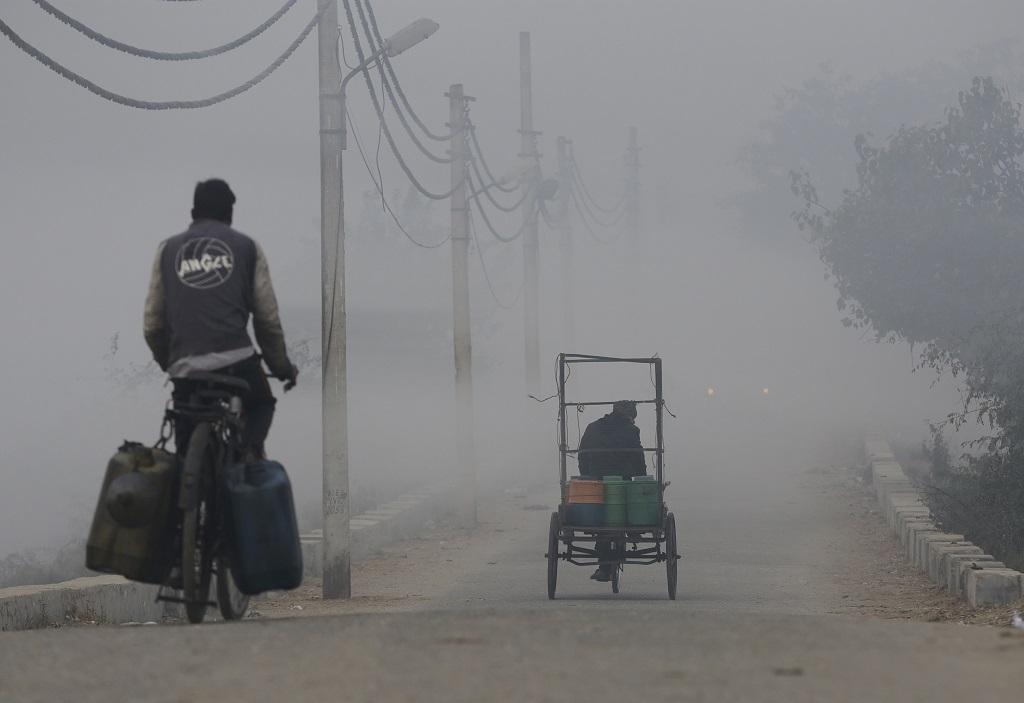 There were 23 days this winter when Delhi’s particulate matter 2.5 concentration was in the ‘severe’ or worse categories, according to an analysis by Centre for Science and Environment (CSE), a Delhi-based non-profit. This is two days less than the winter of 2019-20 and 10 less than 2018-19.

The winter of 2020-21 coincided with the gradual restarting of economic activities after the novel coronavirus disease (COVID-19) pandemic.

Smog episodes — when PM2.5 levels remain in severe category for three consecutive days — in the Delhi-national capital region were fewer and shorter this winter compared to the previous two years, the study showed.

The region witnessed two such episodes this winter —the first started on November 3 and lasted seven days and the second started on December 22 and lasted three days.

CSE analysed data from 81 air-quality monitoring stations available on the official portal of the Central Pollution Control Board (CPCB).

The average PM2.5 concentration across Delhi-NCR (186 microgram per cubicmetre) was, however, seven per cent higher this season compared to last year.

In 2020, the highest 24-hour average of PM2.5 concentration in Delhi was 520 μg/m3 recorded on November 9, about eight per cent lower than that of previous winter.

“Overall, higher seasonal average but lower peak can be attributed to meteorology and changes in farm stubble burning patterns.But considerable variation has been noted among individual stations in the city. Thisalso indicates dominance of local pollution sources.”

The year-on-year variations aside, a new pattern emerged in 2020 winter pollution analysis of the region. There were wide variations in the overall air quality in adjacent areas within the city as the improvement or worsening trends over last year’s levels could not assigned to particular clusters.

The air quality monitoring station at Shadipur, for instance, showed a 34 per cent improvement since last year, while its next door PUSA IMD station registered a 13 per cent worsening in the same period.

All of the city’s recognised hotspots barring two, Wazirpur and Sahibabad, recorded a spike in seasonal PM2.5 levels compared to last winter. Jahangirpuri, with a seasonal average of 256 μg/m3, was the dirtiest hotspot.

North Delhi was the most polluted area within the city.

The seasonal average deteriorated the most in Sonipat (69 per cent) and Bahadurgarh (49 per cent) over last year’s levels.

The report attributed the overall decline in pollution levels in the region to the following:

closure of coal-based power plants in Delhiexpansion of CNG programm for public transport and commercial vehicles and use of natural gas in industry, banning of dirty fuels like petcoke and furnace oil (and coal in Delhi), controls on truck entry into Delhi, banning of old vehicles among others.

“This is clearly an inflecion point for Delhi-NCR. Urgent nexts steps are needed for scale and speed of action across all sectors and across the entire NCR,” said Anumita Roychowdhury, executive director, research and advocacy, CSE.

The region needs massive clean fuel and technology transition in industry, time-bound implementation of power plant standards, massive transportation and mobility transition across Delhi and NCR, and a paradigm shift in waste management with strong compliance and accountability, she added.