Sand and dust storms impact over 500 million in India: Study 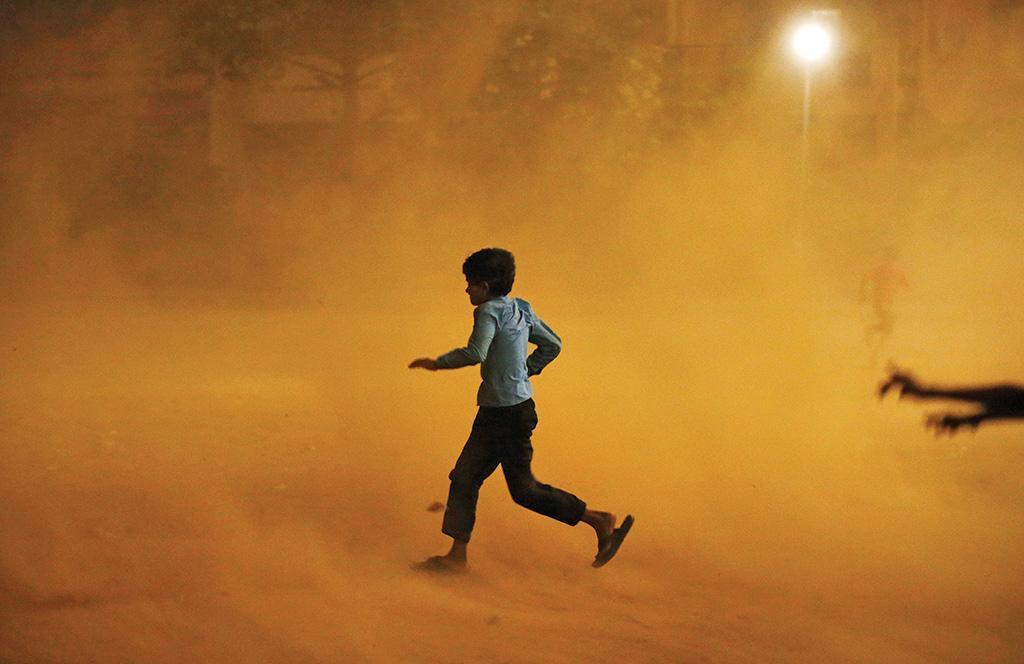 More than 500 million people in India and more than 80 per cent of the populations of Turkmenistan, Pakistan, Uzbekistan, Tajikistan and Iran are exposed to medium and high levels of poor air quality due to sand and dust storms, according to a new report.

Sand and dust storms contribute significantly to poor air quality in Karachi, Lahore and Delhi in ‘southwest Asia’. Nearly 60 million people in these places experienced more than 170 dusty days a year in 2019, the report showed.

The findings were published in the Asian and Pacific Centre for the Development of Disaster Information Management (APDIM) report Sand and Dust Storms Risk Assessment in Asia and the Pacific. APDIM is a regional institution of the United Nations Economic and Social Commission for Asia and the Pacific (UNESCAP).

The situation is much worse for six million residents of eight cities across the region: Three in China, two in Iran, two in Pakistan and one in Uzbekistan. These places had unhealthy concentrations of particulate matter in the air every day for at least ten months in 2019, according to the report.

The report identified ’east and northeast Asia’, ’south and southwest Asia’, ’central Asia’ and the ’Pacific’ as the four main sand and dust storm corridors of Asia-Pacific. The region is the second-largest emitter of mineral dust, it added.
Sand and dust storms are a transboundary meteorological hazard, according to environmental experts. The report assessed the risk of this hazard for agriculture, energy, environment, aviation, human health and cities separately.

India, China and Pakistan lost 1,584 gigawatt-hours (gWh), 679 gWh and 555 gHw of energy loss, resepctively, due to sand and dust storms in 2019, the report showed. These losses amounted to over $107 million (Rs 782 crore) for India per year and exceed $46 million and $37 million for China and Pakistan respectively.

Cotton contributes significantly to the gross domestic product and foreign exchange earnings in Turkmenistan, Pakistan and Uzbekistan. A reduction in its yield in recent years has been linked with these storms.

Dust deposition impacted large portions of farmland in Turkmenistan (71 per cent), Pakistan (49 per cent) and Uzbekistan (44 per cent), the report stated. Much of this dust is characterised by high salt content, making it toxic for plants. It reduces yield, posing a significant threat to the production of irrigated cotton and other crops.

Very high dust deposition also occurs in the Himalaya-Hindu Kush mountain range and the Tibetan Plateau, the so-called ‘third pole’ that are the sources for fresh water for more than 1.3 billion people in Asia.

The deposition of dust on glaciers induces a warming effect, increasing the melting of ice, with direct and indirect impacts on society through numerous issues, including food security, energy production, agriculture, water stress and flood regimes, the researchers wrote in the paper.

The evidence presented in this assessment calls for Member States to strategise their joint actions, consider gaining a deeper understanding of the socio-economic impact of sand and dust storms, establish a coordinated monitoring and early warning system with an impact-based focus as well as coordinate actions in most at-risk and exposed geographical areas to mitigate the risks.

The risk of impacts from sand and dust storms is projected to increase in the 2030s due to more extreme drought conditions in parts of Western Australia, south-easternTurkey, Iran and Afghanistan, according to the study.

Managing the risks associated with sand and dust storms would also become necessary in places not previously recognised as source areas for such phenomena due to more extreme droughts projected in parts of northern and southern Thailand, south-eastern China, northern Malaysia and southeastern most Australia, the scientists posited.

The impacts of dust storms are not all negative. They can increase the nutrient content in the areas of deposition and benefit vegetation.