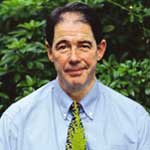 The founding father of the British green movement has launched a startling attack on his fellow campaigners for failing to tackle the world's environmental problems. He has admitted that his own tactics have also been at fault. In a recent book, Capitalism: As if the World Matters, Jonathon Porritt describes the green movement as "too narrow, too technical, too anti-business, and often too dowdy". Porritt, now a government adviser, claims the campaigners must take some blame for the continued failure to stop climate change and habitat destruction, because their overly negative approach has alienated politicians and the public. The former head of what is now the British Green Party said the problems go back to the origins of the movement, in "saying no in a way that became part of the culture of the movement". "If you consider the way the environmental movement portrays climate change, it's the end of the world as we know it," he said. "In reality, climate change could provide a stimulus to an extraordinary shift in the economy [and] it could improve people's quality of life." Clearly Porrit has donned a new hat.