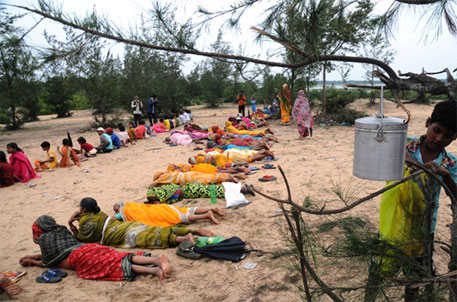 The Union Ministry of Environment and Forests (MoEF) has revalidated the environment clearance (EC) for the US $12 billion integrated steel project of South Korean steel giant Pohang Iron and Steel Company (POSCO) in Odisha. The original environment clearance to the project was granted in 2007 which had expired after a period of five years in July 2012.

While the clearance letter is yet to be issued by the ministry, sources in the ministry told Down To Earth that the decision to revalidate EC for the largest Foreign Direct Investment (FDI) was taken on January 8. “The revalidation was held up because POSCO was yet to provide certain information regarding its port project which was linked with the steel project. We thought it was a wrong decision. We have corrected it by delinking the two projects. Now as per the January 8 order the EC stands valid for the steel project,” said an official in the ministry.

The decision has come within 15 days of oil and petroleum minister, Veerappa Moily, taking charge of the environment ministry from Jayanthi Natarajan and a week before South Korea’s president Park Geunhye’s scheduled visit to India. The memorandum of understanding (MoU) for the project was signed between POSCO and the Odisha government way back in 2005. The project, however, could not take off for the past eight years and has been stuck because of numerous legal hurdles and stiff resistance put up by local people.

The project was first given environmental clearance in 2007 on the basis of a rapid environmental impact assessment (EIA). But the project was re-appraised in 2010-11 by the environment ministry following complaints from activists. A four-member committee appointed by the ministry to inquire into the clearances had submitted two reports in 2010, which pointed out inadequacies in the earlier clearances. The ministry, instead of quashing the earlier clearances, added a few more conditions for compliance in its final approval to the project in January 2011.

This was later challenged by the social activists and residents of project affected areas before the National Green Tribunal (NGT). The tribunal found inadequacies in the environment impact assessment report of the project and directed MoEF to review the project afresh in March 2012. The original EC was granted on the basis of a rapid EIA meant for a four million tonne per annum (MTPA) capacity plant, even though POSCO’s land, power and port requirements were for a 12 MTPA capacity plant.

POSCO then had to downsize its capacity by a third, from 12 million MTPA to 8 MTPA, for the first phase of the project. It also had to scale down its land requirement from 4,004 acres to 2,700 acres (one acre equals 0.4 ha) because of protracted resistance put up by the people of Dhinkia panchayat, the epicentre of protests.

MoEF’s decision to revalidate the EC for the project may come as a relief for the steel giant but it has yet to cross a major legal hurdle. The greeen tribunal is still hearing the complaint challenging the MoEF’s approvals for the project. Last month, the NGT even criticised the two-stage forest clearance granted to the project. “The Forest (Conservation) Act does not have any provision for a two-stage forest clearance,” said the bench headed by NGT chairperson Justice (retd) Swatanter Kumar. The tribunal is yet to give its decision in the matter and it is yet to be seen whether the project can clear this hurdle.