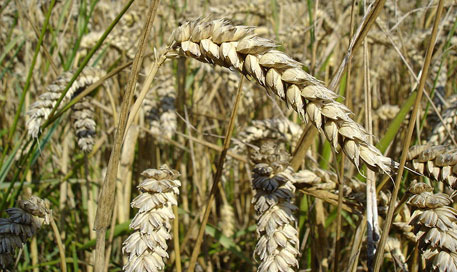 In the wake of extensive crop loss due to unseasonal rainfall and hailstorm in March, agriculture scientist M S Swaminathan has written a letter to the chief ministers of Punjab, Haryana, Uttar Pradesh and Rajasthan, outlining measures to tackle the crisis.

Swaminathan, known as the father of the Green Revolution in India, has suggested that wet grains be immediately dried and short-duration crops sowed to offset at least a part of the losses.

According to him, 2014-15 has been characterised by unfavourable weather which was bad for crops in several parts of northern India. From the first week of March till now, three spells of severe hailstorm and rainfall have damaged wheat, mustard, kinnow, mangoes and several fruits and vegetables. The extensive crop loss has put farmers in a quandary. With each passing day, their debts are mounting and relief measures are nowhere to be seen.

“December 2014 was warm and experienced above-normal temperatures. As a consequence, the growth of the wheat crop was accelerated and in many early-sown wheat fields, panicles emerged ahead of time,” Swaminathan says in the letter.

He emphasised on seed reserves of short-duration crops to tide over the losses to some extent.

For contingency plans to save farmers and farming, he suggested incentives be given to them to protect grains from damage by moulds.

“As soon as the rain stops, incentives may be given for the use of combine harvesters and for grain drying. Grain drying is a must to prevent the development of mycotoxins,” the letter reads.

It adds that “community nurseries of short-duration Satti rice can be raised for transplantation by May 2015. The water table is just now high and hence, water may not be a problem. Farmers may be assisted in cultivating short-duration rice, maize, moong or millets. They all require less water and public funds may be used for implementing this contingency plan to compensate for the losses incurred. Short-duration crops can be harvested before the regular kharif season 2015”.