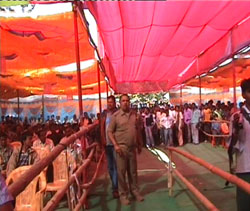 Coal mining proposed in Odisha's Sundargarh district to meet the coal requirement of the steel plants of Bhushan Power and Steel and Mahavir Ferro Alloys was strongly opposed by residents and forest dwellers during the public hearing for the mining project held on December 28.

Bijahan coal block will have a production capacity of 5.26 million tonnes per annum (MTPA), and will be used for captive power generation by the two steel plants in Rourkela. The mine lease area spans over 1,100 hectares (ha), covering the villages of Girisima, Bhograkachhar, Bijahan and Jharpalam. The mining area primarily comprises agricultural land, government waste land, grazing land and forestland, including a large chunk of reserve forest  and revenue forestland. The total population of the four villages that will be directly affected  is about 2,050; an additional population of about 52,500 in 82 villages located in the buffer zone will also be affected. The project will involve resettlement of 420 people from the core mining area.

Prasanna Behera, a journalist from Odisha present at the hearing, said that villagers were agitated about denial of their rights over the forest that is being diverted, and the inaction of the district administration about the matter. 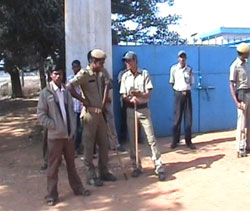 The Forest Rights Act, 2006, confers title rights over forestland to members of scheduled tribes and other people who traditionally live in and depend on forests for their living.  Moreover, clearance for forest diversion for any project cannot be given by the Forest Advisory Committee under the Union environment ministry without recognition of the rights of the people in and around the forests and consent of the gram sabha (village council) for such diversion.

The affected villagers charged that they have already submitted claims of their title rights to the sub divisional committee following approval from gram sabha in 2009, but that no single land title right has been granted until now. A villager also alleged that the company people have forcibly acquired his forestland, which has been diverted for road construction. “Local officials have only turned a deaf ear to my complaint,” he added.

The project proponents have already started construction work in the area, such as developing roads for transportation and rehabilitation colony for the people who will be affected, prior to getting any environmental or forest clearance. This is in violation of the EIA Notification of 2006,  which requires project proponents to obtain a clearance before commencing any construction activity, or preparation of land, at the site.

However, the public hearing heavily fenced by armed police, has been claimed to be peaceful by public officials of the Odisha Pollution Control Board present at the venue. “People mostly were supportive of the project and there were no major objections,” said Surya Shankar Mishra, regional officer of Sambalpur. Bibhuti Bhushan Behera, additional district magistrate of Sundargarh who presided over the hearing reported that “of about 50 people who voiced their opinions during their hearing, primarily remained concerned about rehabilitation packages while being otherwise content about the mining operations”. The hearing was attended by about 1,000 people.