The Himalayan kingdom has managed to significantly reduce its poverty level, but a section remains at risk of falling back into poverty 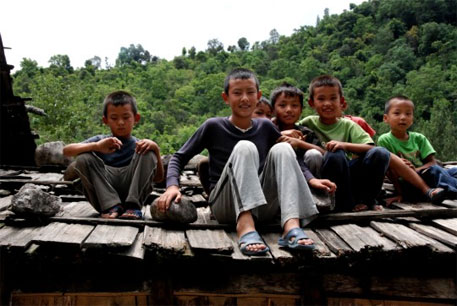 Bhutan, which uses Gross National Happiness as a measure for its economic growth, has made remarkable progress in reducing poverty in recent years. But sections of its population remain vulnerable to falling back into poverty, says the first poverty assessment for the Himalayan kingdom prepared by the Royal government along with the World Bank.

The Bhutan Poverty Assessment Report 2014, released on September 17, says the number of poor in Bhutan reduced by almost half—from 23 per cent in 2007 to 12 per cent in 2012. The country has also nearly ended extreme poverty, which touched a low of two per cent in 2012.

The increased commercialisation of agriculture due to renewed free trade agreements and preferential market access to neighbouring countries in the region, especially India and Bangladesh, led to an estimated 8 per cent annual growth in crop production per hectare over 2006 to 2011. As a result of improved road connectivity, school enrolment and completion rates increased due to reduced travel time and cost, says the report. 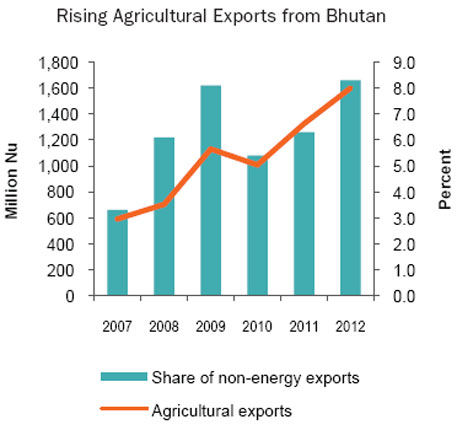 Another factor contributing to poverty reduction is the Royal Kidu Program, where many landless households were able to get land permanently registered in their names. A good governance infrastructure underpins the successes on poverty front.

“Economic growth in Bhutan has been pro-poor and the Five Year Plan adopted by the Royal Government of Bhutan prioritises poverty reduction in a multi-dimensional way,” says Genevieve Boyreau, Country Representative of the World Bank.

Despite the tremendous progress made, the risk of people falling back into poverty remains. The report, which is based on two rounds of living standards survey, says that for every two families that managed to escape poverty, one fell into poverty.

Most of the poverty reduction in Bhutan has occurred in the rural areas with little change in urban poverty rates. While poverty percentage has reduced by more than half in rural areas between 2007 and 2012, it has increased in urban areas. The number of poor in urban Bhutan increased by 800 persons while in rural areas it dropped by 77,000, says the report.
The risk of falling back into poverty is greatest for those households engaged in agriculture and vulnerable to shocks and those holding informal jobs and with low education, says the report. Studies show Bhutanese youth are at a comparative disadvantage in the job market due to lack of adequate skills.

This raises concern because Bhutan’s poverty reduction record is unique in the South Asia region. Despite introducing poverty reduction measures in 1990, when its poverty level was almost the same level with other countries in the region, Bhutan managed to reduce the percentage of poor at a significant rate. 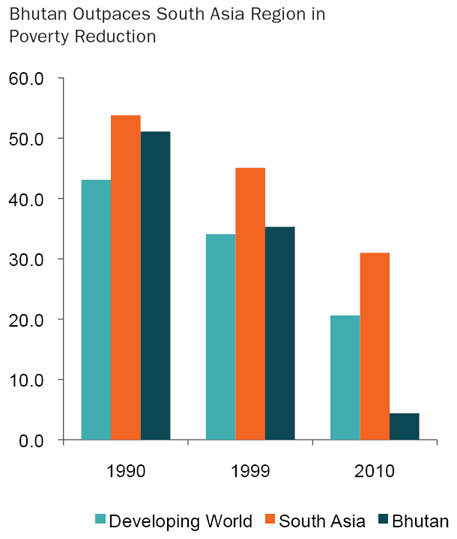 The country now needs to put in place protection mechanisms to enable the vulnerable sections of the population to sustainably rise out of poverty, suggests Boyreau.