India needs to focus on its strengths of biomass, hydel power & have an accountability structure for meeting targets 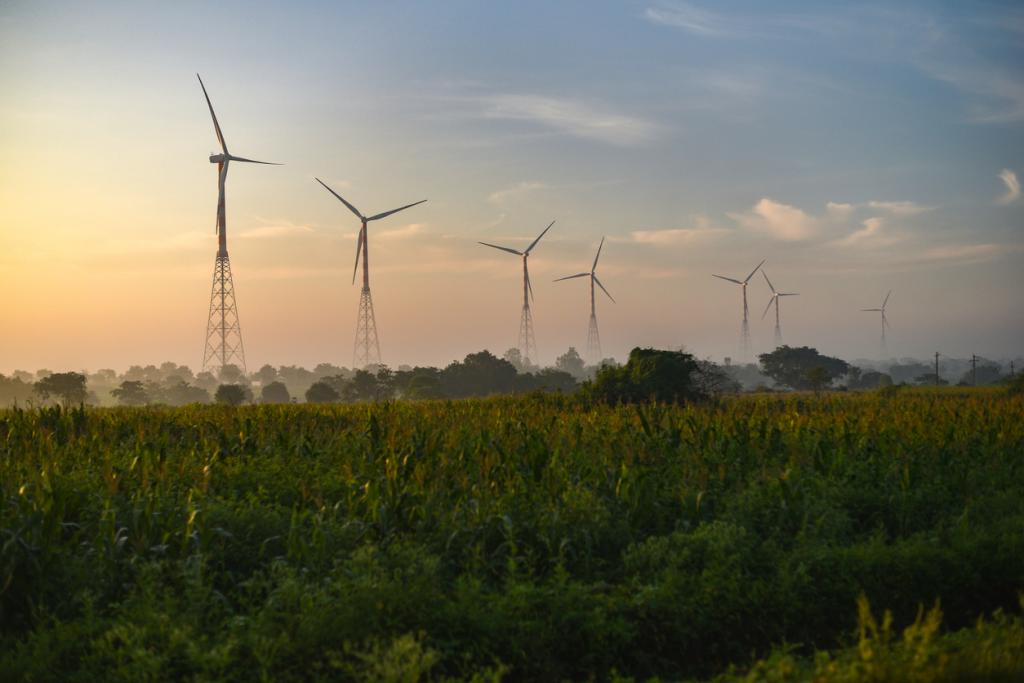 India is unlikely to achieve its target of adding 175 gigawatts renewable power generation capacity by December 2022 at its current pace, a new report has claimed. The shortfall will mainly be due to four large states.

The report by Ember, a global energy think tank, was based on analysis of data from the Union Ministry of New and Renewable Energy (MNRE), published monthly on their website.

Although India has set up 116 GW of RE capacity till date, it is still only 66 per cent of its 2022 target, adding a measly 6 per cent this year, or 10 GW, according to the report.

China, in comparison, has added 17 GW of solar alone in the first three months of this year and is aiming for total of 108 GW addition by end of this year, according to China’s National Energy Administration.

Much of the shortfall is in just four states — Maharashtra, Uttar Pradesh, Andhra Pradesh and Madhya Pradesh. Cumulatively, these states have grown only 1-3 per cent in renewable energy addition this year. 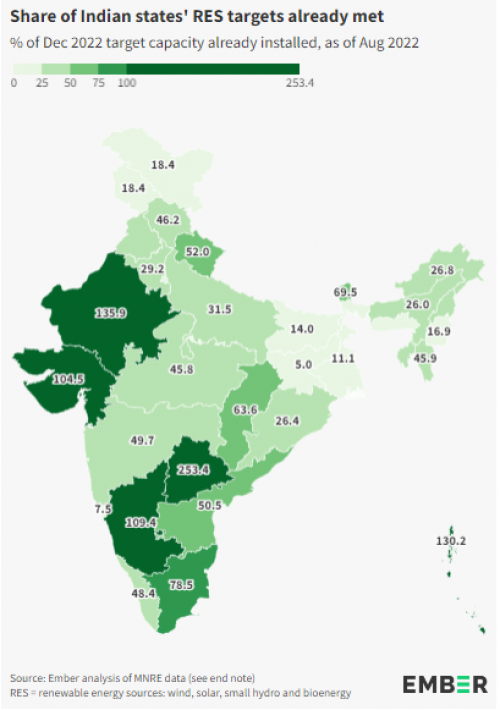 In fact, MP and UP are so far behind, that it will take them 55 and 80 more years respectively to achieve the 2022 targets at the present rate, the Ember report said.

Four states and one Union Territory are at the forefront of RE capacity additions and have already surpassed their targets for 2022 — months ahead of time.

Rajasthan, which has the highest installed renewable energy capacity (19.5 GW) among states, had completed its 14 GW target for 2022 in December 2021.

The other four places that have achieved their targets till date are  Karnataka, Telangana, Gujarat and Andaman & Nicobar Islands.

Over 99 per cent of the growth this year has been led by solar and wind energy. Together, they account for 87 per cent of India’s overall current RE capacity, an analysis by the Centre for Science and Environment of MNRE’s latest data showed.

Although solar and wind are set to become the backbone of India’s future of energy, much remains to be done to boost both sectors if we are to achieve our targets, the Ember report said. 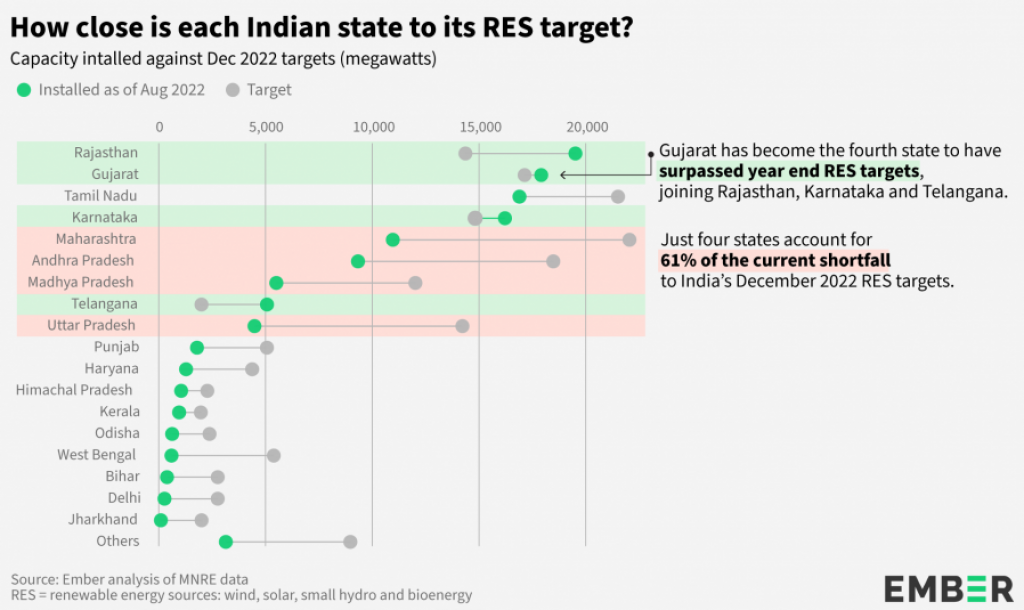 New solar installations have slowed as the government introduced basic customs duty on the import of solar modules and cells. Currently, about 70 per cent of India's solar capacity comes from imported solar cells, which are locally assembled into panels and then used for grid or rooftop installations.

The new duty may encourage domestic manufacturing in the long run, but it has significantly increased the cost pressure on under-implementation solar projects for now, the report also said.

Wind, on the other hand, has seen a plateauing in new additions over the years. Wind accounted for only 10 per cent of newly added renewable capacity this year, down from 12 per cent during the same period last year.

Investment in wind has seen a steady decline in India over the years, mainly due to a lack of clear policy support from the government on land availability, high capex costs and construction delays.

Across the globe, wind energy gets more government and industry attention than solar due to the return on investment per megawatt capacity addition. Wind energy also suffers lower intermittency compared to solar — you can only use solar during the day, unless you add energy storage too, which leads to more costs.

India can benefit greatly from more wind additions that can lead to consistent and good quality power supply over long distances.

Three years ago, hydroelectric was also included in the renewable energy targets, as initially they were considered problematic in the Indian context due to various environmental and social concerns. This will certainly help India achieve the target as globally, hydel power is already considered a renewable source of energy.

India will also benefit if it took advantage of its locally available resources and strengths. India, being an agrarian economy, produces about 500 million tonnes of biomass each year. Surplus biomass availability was 120-150 million tonnes per year from agricultural and forestry residues, corresponding to a potential for 18 GW in power generation capacity, studies sponsored by MNRE estimated.

In addition to this, there is also the potential of bagasse (waste from sugar processing) cogeneration, estimated at around 8 GW on full utilisation by the 550 odd sugar mills in the country.

The purview of renewable energy generation capacity falls under MNRE, but there are no accountability structures in place to make sure states achieve these targets on time. In fact, even though states report regularly about their targets, they are also free to reject them at their discretion.

This leaves the whole target of 175 GW by the end of 2022 and 450 GW by 2030 as only a voluntary commitment with no real liability on any particular agency if they are unmet. It is a wonder then that any targets are being met at all, given the lack of transparency in target setting and lack of accountability in target measuring.