Stockholm+50: We need decentralisation of ‘power’ 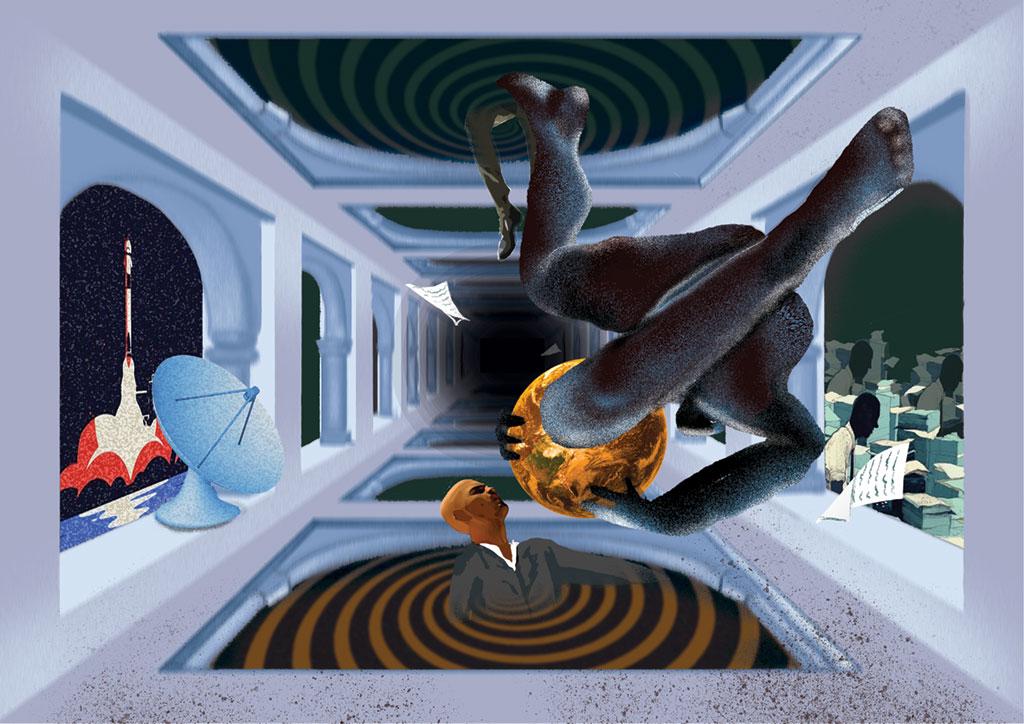 Availability and access to uninterrupted and reliable energy sources is a prerequisite to enable an equitable and just development of communities, nations, and regions at large.

Countries that have clear goals of raising the socio-economic conditions of their population have prioritised access to energy above other development goals.

Construction and operation of power plants, as well as ensuring a steady supply of fuel of consistent quality, is a time-consuming and capital-intensive process.

Governments have circumvented this barrier by building up interstate or trans-border transmission and distribution networks with neighbouring nations to meet their internal power demands.

Today, regional and cross-border power purchase agreements are a common means to bridge the power deficit and are practiced globally. There is definitely a progressive global approach towards building more inclusive and cooperative relationships for sharing resources.

In the context of climate change, accessibility of electricity has become a two-dimensional tool for measuring a community or region’s progress.

The first dimension is to determine the percentage of the population having access to electricity along with per capita consumption and its year-on-year growth; while the second dimension pertains to analysing the means used to generate the electricity that is delivered — whether the source of energy generation is a polluting and fast-depleting fossil fuel or the vastly untapped non-polluting, environmentally benign renewable energy (RE).

The first dimension has seen exceptional achievements in the majority of Asian and African countries in the last five decades. While the second determinant has garnered the attention of policymakers in countries globally.

In the last two decades, the Montreal Protocol and the Paris Convention have been the most widely ratified treaties of the United Nations. The Montreal Protocol has successfully delivered on its promises and the countries have shown serious commitments to achieve the energy transition goals projected under the Paris Agreement.

What lies at the heart of this transition is a policy shift in the developed nations to decommission conventional generators and adopt a complete renewable platform for generating electricity.

This demand from the developing nations is legitimate and just for the sheer factors such as the availability of economic, social, and technological resources to lead this transition process and to reduce their carbon emissions footprints rapidly.

Recent geo-political developments show that fossil fuels continue to cast a long shadow on the future, and breaking free from them is not easy. The West’s reliability on fossil fuels and it turning a blind eye to the climate crisis while prioritising power security, stands exposed.

Since the Second World War, the West has proceeded on the assumption that the worst is over. The lessons were there for learning even during the Cold War era.

But then, climate change and global warming were not seen as the clear and present dangers that could lead to extinction of humans. Today, they do not only persist, but active global climate change is being witnessed.

The pandemic and the Russia-Ukraine conflict have delayed hopes of an early and just transition. They have again exposed the insecurities surrounding energy. But they have also given opportunities to countries to recast their energy priorities.

Accessibility and affordability of power is the bedrock of socio-economic development. This approach has shifted the focus from the age-old model of power distribution through centralised transmission grids, with its high share of distribution losses — to decentralised self-sustaining community power generation and transmission models that can increase the accessibility to power.

The future of energy transition lies in micro-management and community ownership. Countries such as India see centralised grids as a reliable and economic means of supplying power. But are the centralised grids of today really the most efficient means of reaching the farthest and the poorest?

Off-grid power generation has to be catalysed. Investments for community upliftment can only come through government schemes and hinges on grant-based models to succeed.

There are many schemes that are notified by central and state governments for off-grid RE, focusing on rural and remote areas and to power income-generating activities that provide livelihood to the poor.

The hope for the future lies in the fact that RE is decentralised, abundant, and adaptable to local needs. Though governments envisage extending the power lines from the central grid to energise remote areas, many communities at the far end of the line remain unserved.

This is where empowering the states, local bodies and panchayats to make the energy choices and to invest in RE assets can work to reduce the uncertainty and unreliability of power. We have to keep a constructive approach toward building an ecosystem that reverses global warming.

Since power supply anchored on RE can be unpredictable and amenable to resource shortages community or household projects, whether rooftop solar or for agricultural applications, have to be connected to the central grid for an uninterrupted power supply.

The answer, therefore, may be found in constructing hybrid projects that can be designed to provide a continuous supply of power with better predictability. This would obliterate a lot of bottlenecks in the large-scale adoption of RE sources.

There are two factors that currently affect the growth of the RE sector: (i) climate finance and climate adaptation strategies; and (ii) sustainable RE models for reliable and consistent supply generation of electricity.

The first aspect is part of the polity and policies of the developed nations, that are major financiers of the climate transition projects. The EU and the West, by and large, have been committed to redesigning power markets and many efforts are underway. However, not all countries are aligning their goals to meet a common objective.

How do we achieve this goal? Mia Mottley, the Prime Minister of Barbados, in her COP26 opening speech had an answer: “The train to ride the climate change is at the station and ready to go, we cannot wait for everyone to come one board for it to start, we have to work with the ones that are willing and persuade the rest.”