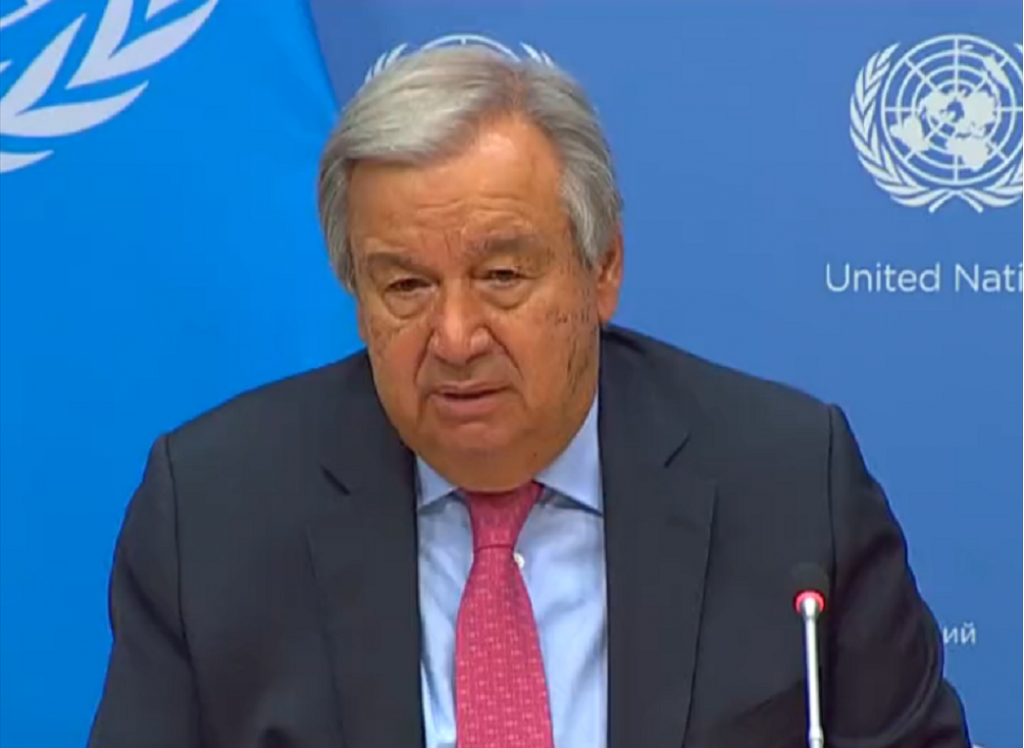 United Nations’ Secretary-General António Guterres has called for a tax on excess profits by major oil and gas companies amid a global energy crisis. Skyrocketing energy prices have compounded the cost of living for hundreds of millions of people even as the war in Ukraine goes on.

“The combined profits of the largest energy companies in the first quarter of this year are close to 100 billion USD,” Guterres said. “I urge governments to tax these excessive profits and use the funds to support the most vulnerable people through these difficult times.”

“This grotesque greed of the fossil fuel industry and their financiers is punishing the poorest and most vulnerable people, while destroying our only home,” the UN chief wrote in a tweet.

The combined profits of the largest energy companies in the first quarter of this year are close to $100 billion.

This grotesque greed of the fossil fuel industry and their financiers is punishing the poorest and most vulnerable people, while destroying our only home.

The secretary-general was introducing a brief from the UN’s Global Crisis Response Group (GCRG) on Food, Energy and Finance. The brief was the third in a series to address the accelerating cost-of-living crisis.

The UN recommended that governments find the most effective ways to fund energy solutions, such as publicly funded cash transfers and rebate policies, to protect vulnerable communities everywhere. This includes windfall taxes on the largest oil and gas companies and a transition to renewables.

The brief also said the war in Ukraine and the global energy crisis that it has caused is a stark reminder of the need for energy resilience and stronger push for the transition to renewable energy. It came on the heels of the UN's Black Sea Grain initiative, which resumed Ukrainian grain exports.

Read more: How Uttarakhand’s pristine forests are being concretised for tourism

An agreement between Russia, Türkiye and Ukraine paved for the first shipment of grains from Ukraine to leave the port of Odesa on 1 August. It allowed significant volumes of commercial food exports from three key Ukrainian ports in the Black Sea – Odesa, Chornomorsk, Yuzhny.

The UN group said there was an increasing fear that the rising costs of energy may price out many developing countries, especially the most vulnerable communities, from energy markets. These countries are already bearing the brunt of the cost-of-living crisis, having experienced major setbacks on access to energy and progress on sustainable development since the COVID-19 pandemic.

There is also need for policies that balance the need for urgency and sustainability as short-term energy policies that might set developing countries on a course for a high-emission and expensive energy future.

“As the world charts its way forward, its plans must safeguard its commitments to the Paris Agreement on Climate Change,” the brief said.

“Developing countries don’t lack reasons to invest in renewable,” said Guterres. “Many of them are living with the severe impacts of the climate crisis including storms, wildfires, floods and droughts. What they lack are concrete, workable options.”