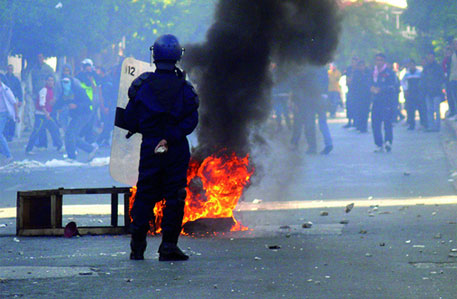 A report studying the struggle for food rights in Bangladesh, India, Kenya and Mozambique was presented in the House of Commons of the United Kingdom Parliament on Wednesday. The meeting was jointly hosted by all-party parliamentary groups on Agriculture and Food for Development and Debt, Aid and Trade and Institute of Development Studies (IDS).

The report, titled “Food Riots and Food Rights: The Moral and Political Economy of Accountability for Hunger”, is funded by the UK Department for International Development-Economic and Social Research Council (DFID-ESRC).

It analyses if riots and public movements had helped people secure the right to affordable food in the four countries, especially in the context of the 2008 global food crisis and its aftermath. In 2007-08, food prices had risen dramatically, causing political and social unrest in many countries. The report tries to examine whether this unrest, which manifested itself in the form of riots, may have pushed governments to take swift or structured remedial action.

Why this report is important
Presenting the findings of the “Food Riots and Food Rights” report in the UK House of Commons is significant as there is a growing clamour within the UK over the amount spent on foreign aid. According to a report in the Mirror, international aid constituted 1.4 per cent of government spending till February this year. India and Bangladesh were among the top 10 recipients of UK foreign aid in 2012-13.

The report also assumes importance as countries and development organisations engage in discussions over the new UN Millennium Development Goals. The Food and Agriculture Organization’s latest report on food insecurity states that though global hunger level has fallen more than 800 million people worldwide are still chronically undernourished. Similar evidence is piling in support of establishing “food security” as one of the key development goals post-2015.

It is to protect this right to food security that India is fighting a lone battle at the World Trade Organization (WTO). While addressing the UN General Assembly in New York on October 22, Indian Counsellor Amit Narang reiterated the country’s stand in his statement.

“It is indeed paradoxical that just as we assign a high priority to food security as part of the post-2015 Development Agenda and even as it has been included as a prominent sustainable development goal, there seems reluctance in addressing this important issue as part of global trade rules. A permanent solution on food security with necessary changes in WTO rules, if required, is a must and cannot be kicked down the road,” he said.

Following are key observations from the report about the food struggles in these countries: