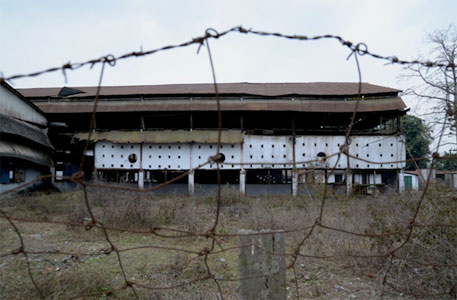 In a last ditch attempt to voice their grievances, residents of a closed tea estate in northern West Bengal have decided to boycott the upcoming general elections. Bundapani tea estate, in Dooars region of Jalpaiguri district, has been closed since July last year. Between July and December 2013, eight workers from the estate died from starvation, according to the co-ordination committee of labour unions at Bundapani.

“Despite the upcoming elections, no political leader is willing to hear us, let alone visit and solve our problems. We were forced to take the drastic step of boycotting elections and have informed the local block development officer,” said Raju Thapa, member of the co-ordination committee at Bundapani. The tea estate has a permanent workforce of 1,215; together with their dependant family members, the total population in the tea estate is over 7,700. “We want the garden to open under a responsible owner. Three-hundred workers are voluntarily pruning tea bushes and maintaining the garden without any payments with this hope,” added Thapa.

Bundapani is one of the seven tea estates from Terai and Dooars region of Jalpaiguri that are either closed or abandoned at present. The region, with 195 tea estates, produces over a quarter of the crush, tear and curl (CTC) variety of tea in India. The other tea gardens that are closed are the three estates of the Redbank group (Redbank, Surendranagar and Dharanipur), Dheklapara, Raja and Raipur. These gardens account for 5,000 permanent workers and a population of about 25,000. 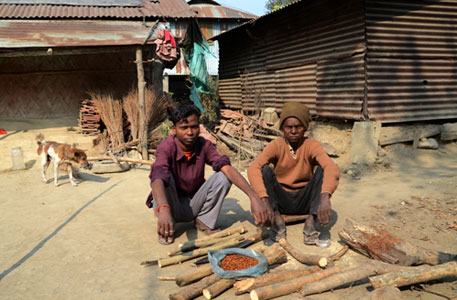 This correspondent had visited Bundapani and other closed estates in February this year and met families living in famine-like conditions. Most of the tea estate workers now depend on a dry river, sieving stones, earning between Rs 40 to 70 a day. While distress migration was common even before the estate closed down (due to pitifully low wages of Rs 95 per day), trafficking of girl children and women were rampant, said residents. Driven by penury, many families had taken to eating dried tea flowers tossed in salt. For all this, workers blame mismanagement of the estate and state's apathy.

The garden, at the time of closure, was run by Sarada Pleasure and Adventure Limited, a money-marketing company which took over the estate in 2010 from Alipurduar Enterprises, the original leaseholder. The ownership of the tea estate was transferred even though the lease had expired way back in 2006. Both owners had defaulted on provident fund deposits which stand at over Rs 3 crore now. Provident fund payments are deducted from workers wages and non-deposition is a criminal offence under the law. Together with wage dues and unpaid utility bills, the total liability of the garden stands at Rs 12 crore. 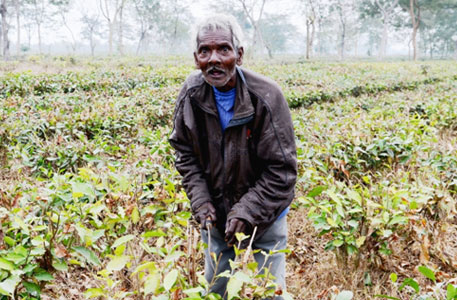 Bundapani is not the only tea estate from the region which has wreaked havoc on the lives of workers. A yet-to-be-published survey of 273 tea estates in West Bengal, by the state’s labour department, has revealed that 116 tea estates have been run by more than one owner in the past decade (the lease period is 30 years). “Many of these tea estates are run by promoters who hardly care for long term development,” the survey noted.

An upcoming special report in Down To Earth will look into the problems plaguing the tea estates in northern West Bengal and discuss how fly-by-night operators are taking all and sundry, governments and banks included, for a ride. In open estates, despite low wages, owners are using the employment guarantee scheme to pay for labour and are shirking away from providing statutory welfare benefits like housing and medical facilities despite accounting for these into wage calculations. The lives of over 1.1 million people residing in the tea estates of West Bengal are at stake.