About 7,000 irrigation tanks in the water-starved eastern Vidarbha region in Maharashtra are lying in a state of neglect, reveals a report by a study group appointed by the state's rural development and water conservation department. These tanks have a collective potential to irrigate more than 125,000 ha of farmland (about six to seven per cent of the net sown area in the region) and recharging ground water on a large scale, says the report. According to various estimates, only about 20 per cent of the land in the Vidarbha region is under irrigation at present. An estimated 80-85 per cent cultivated land is rainfed and reviving the tanks can meet the irrigation needs of a large number of farmers.

The much-awaited report recommends the tanks be repaired expeditiously by government agencies in consultation with local water users' associations, and not with the zilla parishad bodies that presently control them.

The future of these tanks, known officially as former malgujari tanks and mama tanks in common parlance, has been hanging in balance for decades, with politicians, farmer groups and social organisations demanding their restoration. Many assurances by government in this regard remained on paper.  This is the first time that a systematic study has been undertaken on the subject. The study group was appointed on November 2, 2011.

Madhukar Kimmatkar, former state minister and an expert member of the Vidarbha Statutory Development Board who headed the study group, says malgujari tanks were created some 300-350 years ago by the region’s Gond kings to protect their main crop—paddy. The tanks were maintained and managed by the local malgujars (revenue collectors) in consultation with farmer groups. The malgujari system was abolished in 1950 post-Independence and 186 tanks with a capacity for irrigating 100 ha or more each were handed over to the irrigation department, while the remaining tanks with an irrigation capacity of less than 100 ha were handed over to the local zilla parishad bodies. 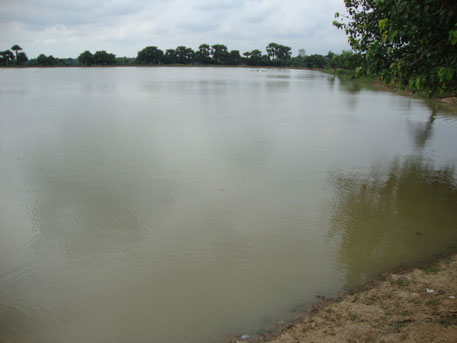 “These bodies could not maintain the tanks because they could not get any income out of them,” says Kimmatkar. “Under nistaar rights, farmers were allowed to use the water without any charges; as a result, the tanks gradually fell into disrepair.” At present, most of the tanks are heavily silted and a few have been encroached; so, the irrigation capacity of the tanks has decreased to less than a tenth of their original capacity.

How to maintain restored tanks

The restoration cost is estimated at Rs 2,000 crore, which can be availed from several existing government schemes. To bring down costs, the group has recommended that farmers, brick makers, roof tile units and others be allowed to collect soil from the silted tanks without royalty. “The soil left after bank repairs should be provided to these users free, so that government’s desilting costs is reduced,” he adds.


In view of the huge fishing potential of the tanks, the group has recommended that rights related to fisheries work in the tanks, including auctioning them for fishing, should be given to the water users’ associations, and not to the fisheries department. “People’s participation in the maintenance of the tanks is key to their future health,” says Kimmatkar. “And they have to be given the maximum stakes so that they are motivated to maintain them.”

Kimmatkar, who has been campaigning for the restoration of malgujari tanks for the past 30 years, says he has written a letter to the secretary to the governor, requesting that a meeting of all concerned groups on the subject be organised at the earliest. “Hopefully, this will be done soon,” he says.