Reveal or go to jail 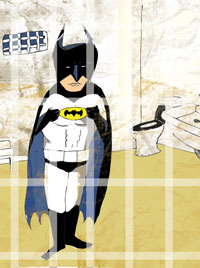 REFUSING any information to the government is now a punishable offence. The recently enacted Collection of Statistics Act, 2008, makes it mandatory for companies, individuals and households to reveal information sought by government-contracted data collectors. Failure to do so entails a maximum penalty of Rs 1,000 in case of individuals and Rs 5,000 for companies. The Act replaces the archaic Collection of Statistics Act 1953 (see www.downtoearth.org.in for a comparison). Under the 2008 Act, subjects ranging from financial and labour issues of companies to economic, demographic, social, scientific and environmental aspects of individuals as well as commercial enterprises are covered.

The Ministry of Statistics and Programme Implementation (MOSPI) published the rules for the 2008 Act on May 16, 2011. Unlike the previous Act, the 2008 Act empowers panchayats and municipal corporations to collect data in addition to departments of the state and Central government. Penalties for furnishing false information could mean simple imprisonment up to six months, a fine or both (see ‘Salient features of Collection of Statistics Act, 2008’).

“Under the 1953 Act, disclosure was voluntary and non-responses distorted government’s data figures,” says Pronab Sen, former chief statistician of India. “Non-responses” have gone up from about 10 per cent to 30 to 40 per cent in the past decade, he adds. Sen explains that with non-responses the sample becomes non-representative. So the overall estimation is biased. “For example, the household consumption data is used to determine the income of the families. This helps the government make an estimate of the percentage of the population that requires PDS or falls under BPL category,” he says. If the estimation is biased the percentage will also be biased leading to either excessive or less expenditure in the concerned sectors, Sen notes.

But Usha Ramanathan, senior Supreme Court advocate, points out that the new Act will rob citizens of their privacy. “The new rules require hospitals and schools, for instance, to be informants. They have to part with private information without our consent. Ideas of confidentiality and privacy are being given short shrift,” she explains.

The Act uses “outsourcing” as one of its main means of collecting information; and data collection is decentralised where persons at various levels of the Centre, states and local governments could collect data. “There are no boundaries about what information may be sought and by whom including private companies to whom the job could be outsourced,” she adds. Information on whether a person is virgin in a given age group, or the number of people with sexually transmitted diseases might help formulate policies but it will also enable agencies, including private companies, to hold information considered invasive in our culture. This could lead to a situation where the most private information could be sold to telemarketers and public relation agencies. “It would become even more invasive than the calls from real estate agents and credit card companies,” she adds.

But the ministry of statistics says the Act has adequate checks in place to ensure that information is not misused. “As per the rules of the Act, even the prime minister or president cannot access primary information like the names and addresses of those surveyed,” says M V S Ranganadham, deputy director general of National Statistics Commission, MOSPI. The collected information cannot be admissible as evidence under any other law, he adds.