Bhopal victims to get additional relief 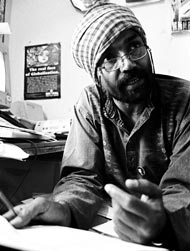 bhopal gas disaster victims are to receive additional compensation following a recent Supreme Court (sc) verdict for the disbursal of Rs 1,503 crore among them. On July 19, 2004, the sc directed the welfare commissioner, department of Bhopal gas tragedy relief & rehabilitation, Madhya Pradesh government, to distribute the money, which is part of the compensation of us $470 million paid in 1989 by Union Carbide -- now a fully owned subsidiary of the us-based Dow Chemical Company. The government had not given out the whole amount then owing to snags in the distribution process. The remaining money was lying in the Reserve Bank of India. In March 2003, 36 petitioners filed a writ petition for the distribution of this money. The sc verdict came in response to this petition.

The money will be given to 566,876 Bhopal disaster survivors, whose claims had been settled earlier, according to the government. Each of them would receive an amount between Rs 25,000 and Rs 30,000. The sc has asked the welfare commissioner to submit a report within the next two months on how the money is going to be distributed. Survivors with claims that were wrongly dismissed can also file fresh application for being compensated.

Activists believe this is the time to learn from past mistakes. The government should ensure that the money is given only to people from the 36 affected wards and not to those who had managed to bribe their way to compensation, they suggest. Also, account payee cheques should be issued to avoid corruption. "We are asking the government to give us free air time on tv and radio so that people are not cheated by middlemen," says Satinath Sarangi, spokesperson for Bhopal Group for Information and Action, a non-governmental organisation (ngo) fighting for the rights of Bhopal victims.

Meanwhile, Abdul Jabbar of Bhopal Gas Peedit Mahila Udhyog Sangathan, another ngo working for the victims, demands that the "compensation amount be increased by five times as the apex court, in its recent judgement, admitted indirectly that the number of the dead and injured was five times the number projected initially". The organisation is planning to file another petition in this regard.

In other developments on the issue, the us turned down India's request for extraditing Warren Anderson, former chief of Union Carbide, in the Bhopal disaster case. In Bhopal, the victims demonstrated in front of the chief minister's house, demanding pipelines for drinking water, instead of supply by tankers (see 'Drink this', Down To Earth, June 15, 2004).