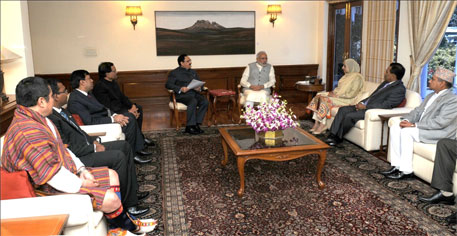 Recognising that South Asian countries account for nearly a quarter of the world population and face major challenges in public health, the South Asian Association for Regional Cooperation (SAARC) adopted “Delhi Declaration on Public Health Challenges” on Wednesday. The declaration was adopted at the fifth meeting of SAARC health ministers in New Delhi.

It welcomed the proposed SAARC supra-national reference laboratory for TB and HIV/AIDS, being established in Kathmandu, Nepal. India has agreed to meet the lab’s remaining cost not yet met by member state contributions.

The declaration agreed to attach high priority to combat anti-microbial resistance. It also emphasised that infectious diseases and pathogens do not recognise political and geographical boundaries. Due to global trade, travel and commerce, all countries become vulnerable to the threat of outbreaks which may emerge from any part of the globe.

The declaration resolved to strengthen cooperation to promote coverage of vaccines, including pentavalent vaccine, and make the SAARC region polio free. It called upon member states to control hepatitis and eradicate HIV/AIDS by 2030.