Sale of antimicrobials for food animals on a rise in US: FDA 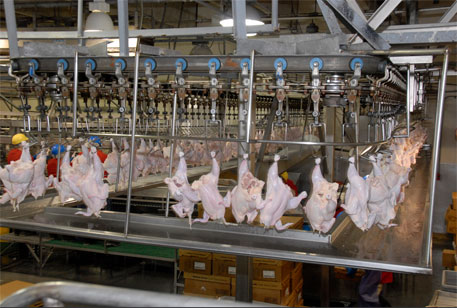 The report which was released on April 10, 2015 also gives us insights into the extent of antimicrobial use in the feed of food-producing animals in the US. Nearly three-fourth of all the medically important antimicrobials that was sold and distributed in the US for food animals in 2013 was routed through feed.

A global threat
The indiscriminate use of antimicrobials is recognised as one of the contributors to the development of resistant bacteria, thus leading to the problem of antimicrobial resistance which is a growing public health-concern across the world.

News reports suggest that civil organisations have criticised the indiscriminate use of antibiotics andhave called for more action, saying such use of antibiotics aids the development of antibiotic resistance. For example, Avinash Kar of the Natural Resources Defense Council, a non-profit in the US which fights against the overuse of antimicrobials in food-producing animals, said in a report published by Reuters that the federal government needs to do more. He, reportedly, also said that the practice of giving routine doses of antibiotics to animals is akin to giving antibiotics to your kids before they head off to day care when what they really should be doing is washing their hands.

Amit Khurana, programme manager of the Food Safety Programme at the Centre for Science and Environment (CSE) says, “The report clearly suggests that high amounts of antibiotics are produced for non-therapeutic use.” He further adds, “India does not have data on antibiotic use. We should also make the reporting of antibiotics produced by companies mandatory. Such data will be very useful in addressing the issue of antimicrobial resistance.”