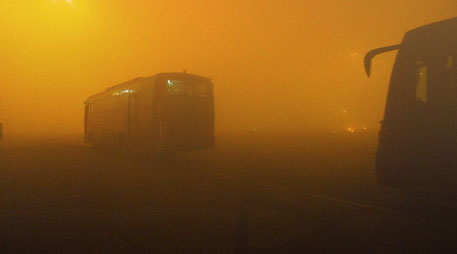 The Supreme Court on Monday acknowledged that air pollution has become a serious health threat in the national capital and issued notices to the Union government, Delhi and its surrounding states. The notices sought response from the state and central authorities on a report from the Environment Pollution (Prevention and Control) Authority (EPCA) on “Priority measures to reduce air pollution and protect public health”, which was admitted by the court as an interlocutory application.

The report was presented by amicus curiae Harish Salve before the bench headed by Justice A K Patnaik; the next date for hearing has been fixed for March 10. Delhi-based non-profit, Centre for Science and Environment (CSE), welcomed the decision of the apex court. “The bench has taken serious cognisance of the fact that Delhi has not been able to sustain air quality gains and air pollution levels are rising again,” stated a press release issued by CSE. While the annual average PM10 levels were reduced by about 16 per cent between 2002 and 2007, it increased dramatically once again by 75 per cent after 2007. The nitrogen dioxide levels have also increased by 30 per cent since 2002. During the same decade (2002 to 2012), vehicle numbers have increased by as much as 97 per cent, contributing enormously to pollution load and direct exposure to toxic fume, pointed out CSE.

Based on EPCA report, Salve brought to the notice of the bench that this winter Delhi’s air pollution levels increased to dangerous levels. Almost throughout this winter, levels of PM2.5, tinier particle that go very deep inside the lungs, have remained two to three times higher than the standards. Many a time, PM2.5 levels were 4 to 7 times the standards; and during high smog episodes these were 8 to 10 times higher than the standards. This is extremely dangerous for people suffering from asthma, other respiratory and cardiac problems and also for children and the elderly. Studies such as those carried out by the Central Pollution Control Board and Chittaranjan National Cancer Research Institute were cited to show how health of Delhi’s children has been compromised and their lungs impaired.

The Union and state governments of Delhi, Rajasthan, Uttar Pradesh and Haryana, who have been issued notices, are expected to respond to the following priority measures that have been proposed by EPCA to accelerate second generation reforms to protect public health in Delhi and the national capital region (NCR):

It was brought to the notice of the apex court that Delhi has already exhausted all soft options. Also, limiting action only to Delhi will not help. Air quality targets and benefits will have to be on a NCR-wide basis with harmonised laws and fiscal policies. Moreover, substantially improved emissions standards for vehicles and fuel quality will have to be implemented nation-wide to address regional concerns as vehicles, especially trucks, move across boundaries and add to the pollution load in cities during transit.