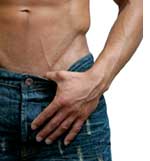 With grandpa’s precious sayings, one inherits his fragile hips too. It might sound dubious but is undeniable, scientifically. In a study that looked at 3,700 grandparents and their grandsons, 270 of the grandsons had low bone density. The 270 people were further divided into two groups. While one group was checked to see if their grandmothers had broken a hip ever, the other group was checked for the same in grandfathers. The study found that men whose male relatives had suffered from broken hips had five per cent lower bone density and four per cent smaller bones than those who did not.

These people were more prone to the bone disease osteoporosis which, in turn, increases risk of broken bones and fractures.

A nuclear explosion on Earth gave birth to the moon, says a new theory. It critiques the prevalent theory which says a cosmic collision had caused an outsized chunk to break away and form the moon. But if that were indeed so, a compositional analysis of the satellite would have shown materials from the impacting rock and the earth. But the moon shows complete compositional similarity to its mother planet. Therefore the study theorized that an excess of radioactive matter on the earth’s surface let off a nuclear fission reaction that reached enough magnitude to blast a part of the earth off as the moon. The natural satellite does have richer reserves of uranium and thorium.

Fears about birds unable to start their migration with the early onset of seasons can be laid to rest. As spring moves up the calendar they take a rain check on their migration dates. But although they start early, they do not reach their destinations early. Take the pied flycatcher. It lives in northern Europe, travels to west Africa for the winters and is back to breed. After winters the African region is very dry; several birds perish on the return journey. Some gather just enough resources to reach Europe which is still snow-covered meaning insects, their food, are yet to come out of hiding. In warmer areas, the birds get no time to rest before breeding begins. Current Biology, January 28, 2010

Rice plants are turning sterile in harsher winters. This is bad news for millions in the tropics. A team of scientists has released maps of rice production in high-altitude areas of cold temperate zones and the tropics that are facing this problem. In Korea and several Africa countries, rice researchers and farmers are already at work, collaborating to develop cold-resistant rice varieties.

Another of nature’s ways to maintain balance: a fire that wipes out an entire forest to produce new life. The smoke of a devastating forest fire always carries two compounds (butenolides) with it: a life promoter and a regulator. After forest fires have been extinguished, the seeds that abound on forest floors take over to repopulate the burnt forest. The regulatory chemical in the smoke keeps a check on these seeds and lets them germinate only when there is enough moisture in the atmosphere again. Once the seeds have germinated the promoter chemical takes over to ensure a rapid re-growth of the forest. 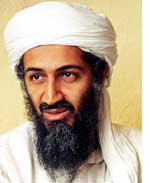 Bees are like dogs. They know who to go to for that sugary biscuit. Better still, what dogs do by smelling they do with a pair of eyes. And these are eyes which send information to a relatively simpler brain than that of humans. Scientists attached a pair of eyes, nose and mouth on two sticks. While one stick had cramped features, the other had them set apart. Having trained the bees to recognize the face that had a reward of sugar with it, the scientists removed the reward. The bees still went back to the face they had recognized earlier. To further confirm it, the scientists trained the bees with five pairs of images: one face-like and the others just dots. The faces had sugar rewards. The bees learnt to get the sugar from the faces and nothing from the dots. When the team introduced a fresh set of similar images, without any reward at all, the bees still singled out the faces.

How the foot lands while one is running has a long evolutionary history. Humans ran even when there were no shoes—for food, from predators, fires, storms. Running in a way that reduced the chances of foot injury to a minimum was essential. For this natural selection ensured that barefoot runners landed on their forefoot while running. Shod runners, on the other hand, land on their heels. The well-cushioned shoes are designed such that they can fall back on their heels quite easily.

Analyses show that even on hard surfaces shod runners that land on heels face a stronger impact of the collision than barefoot runners with their forefoot strike. Statistics reveal that repeated stress injuries, sprains and fractured heels are quite common in shod runners.

The largest ever epidemiological study scrutinized the prevalence of the degenerative nerve disorder Parkinson’s disease in the US. Data was gathered from 36 million Americans aged 65 and above, every year over the periods 1995-2000 and 2000-2005. Facts:

* Most cases were clustered in the midwest and northeast regions of the US.

* These regions are heavily into agriculture and metal processing. Toxins in pesticides and metals like manganese, iron are probable causes.

* Whites and Hispanics developed the disorder at double the rates of Asians and Blacks who, the study speculates, might have protective genes.


The team plans further studies on how single and combined enviromental factors can cause the disease.

Medical gamma-ray cameras that diagnose cancers and heart diseases were used for the first time to track the radioactive element technetium in soils. It forms as a byproduct of nuclear reactions. The study found iron-reducing bacteria in the soil also fix technetium, rendering it harmless. Environmental Science and Technology, January 1, 2010 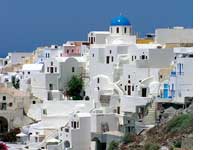 How about a white rooftop for the new house? It helps mitigate the heat island effect—the phenomenon by which urban cities are a degree or two warmer than the suburbs. Asphalt roads, tar roofs, asbestos coverings only add to global warming. A group simulated the amount of solar radiation absorbed and reflected by the world’s different types of urban cities. If every roof is painted white, the heat island effect reduces 33 per cent and the world’s cities cool off by an average of 0.4°C—a sure relief on summer days.