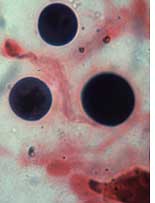 Every year a million people, mostly aids and transplant patients, are killed by a disease called cryptococcosis, symptoms of which include chest pain, dry cough, abdominal swelling, headache and blurred vision. This disease is caused by the deadly fungus Cryptococcus neoformans which attacks immune systems that are already infected. Researchers have now discovered how it evades the human immune system. The fungus encases itself in a protective capsule that begins to enlarge once it is inside a host's body. This capsule is essential to the ability of the fungus to cause diseases. The study, published in the January 27 issue of Proceedings of the National Academy of Sciences, reveals how the capsule grows.Comprising long chains of complex sugar molecules, this capsule grows by linking more sugar molecules at its outer edges. Although the findings open up avenues for new drug research, more studies are required on how the fungus assembles these molecules.

health and medicine
The acid helps 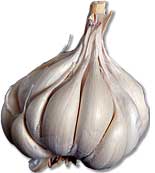 From curing ulcers to cancer, garlic's medicinal uses are many. Allicin--the organic compound that gives garlic its aroma, flavour and properties--is the world's most powerful antioxidant. Recent research shows how allicin works as a radical scavenger--a previously unknown phenomenon. Scientists experimented with synthetically-produced allicin and found that it decomposes into sulfenic acid. This compound is extremely reactive towards free radicals, making allicin a potential anti-oxidant. Usually anti-oxidants like flavanoids found in green tea and grapes, are present in substantially high quantities which makes them highly effective. The study, published in the January 2009 issue of he German journal Angewandte Chemie, explains why allicin is such a powerful anti-oxidant even though it is present in relatively smaller quantities in the plant. 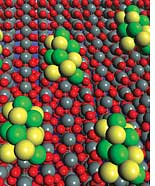 Ethanol is the future biofuel alternative. It is easy to produce, renewable and cheap and is seen as an ideal hydrogen-rich fuel reactant. The only obstacle is that the oxidation of ethanol is very slow. Efficient oxidation of ethanol generates carbon dixode as the main reaction product that is used to generate electricity. Scientists have stumbled upon a catalyst that can make ethanol-powered fuel cells more efficient. Their study, published in the January 25 issue of Nature Materials, mentions a catalyst made of platinum and rhodium atoms on carbon-supported nanoparticles of tin dioxide. This catalyst efficiently breaks carbon bonds at room temperature and accelerates the oxidation of ethanol. No other catalyst has been able to achieve this.

evolution
One led to another

Biodiversity can generate biodiversity, said a team of researchers. In its paper, the team explained how the wasp Diachasma alloeum, which parasitizes the fruit fly (Rhagoletis sp), evolved into a new species after the fruit fly did the same. Rhagoletis flies originally fed on the fruits of hawthorn. About 150 years ago, a part of the fly population shifted onto apple trees and gradually evolved into a separate species of apple pests (Rhagoletis pomonella). When the wasps started parasitizing the apple-infecting flies, they had to ecologically adapt to the new species, thus evolving themselves. The study appeared in the February 5 issue of Science explaining that speciation is a dynamic phenomenon happening all around us. 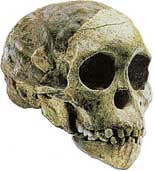 Human facial anatomy evolved in response to a hard-object diet comprising large nuts and seeds. This finding challenges the established hypothesis that facial skeleton of Australopithecus africanus, a hominid that lived in Africa more than two million years ago, was adapted for feeding on soft, watery food like tubers. Using various techniques a team of researchers concluded that the hominid had to rely on hard food during times of shortage of regular food. This explained jaws with enlarged premolars and a structurally strengthened face to withstand the pressure of cracking open hard nuts such as the hickory nut. The findings were published in the February 2 issue of Proceedings of the National Academy of Science.

Researchers have developed sensors to monitor health of bacteria used for wastewater treatment. The technique, unlike one day-long

laboratory testing, can quickly sense chemical changes in bacterial health. This will indicate when the bacteria are about to stop processing waste and the problem can be corrected before they release toxins into the water. Using the sensors the researchers measured the number of ions that were transported into and out of the biofilm (fine microbial coating of natural surfaces) of the bacterium Nitrosomonas europaea per minute. The microbe converts ammonia from wastewater into nitrites. Sensor data revealed the levels of ammonia and nitrites to show how well the bacteria were absorbing the ions. The study was published in the February 15 issue of Biotechnology and Bioengineering.