Melamine¤ the plasticizer that created the 2008 milk scandal in China¤ was already in news a year earlier when pet food imported from the country had to be recalled. It had added melamine which falsely increased the protein content of livestock feed. Scientists analyzed chicken eggs to see levels of contamination and found hens given food contaminated by 100 parts per million (ppm) of melamine produced eggs with only 1.45 ppm in them. The US Food and Drug Administration puts the daily consumable limit to 2.45 ppm . Although 100 ppm was not enough for the hens to accumulate melamine for deposition in eggs¤ something beyond 100 ppm might be a risk¤ said the researchers.
Journal of Agricultural and Food Chemistry¤ March¤ 2010 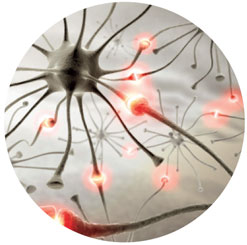 People suffering from epilepsy and seizures can look forward to a new biosensor that can predict if an attack is on its way. The sensor measures neuron communication by estimating the amount of glutamate released or taken up by nerve cells in the synapses. Glutamate is a neurotransmitter. It relays signals between neurons and cells. If its amount is too low or too high it means the neuron is sick; messages are not passed on properly¤ leading to neurological diseases. When tested on a neuron culture¤ the sensor gave an accurate count of the different concentrations of glutamate.
Journal of Neuroscience Methods¤ April 21¤ 2010

Ovale malaria¤ an infectious febrile disease endemic to Asia and Africa¤ is apparently caused by two parasites. The parasite was visible under the microscope and yet¤ dna marker tests designed to identify the species failed. Parasites from 56 patients with ovale malaria were then compared. What emerged was two different species which do not interbreed and cause an identical disease. Both species were found in patients living side-by-side. Plasmodium ovale is also transmitted by the Anopheles mosquito.
The Journal of Infectious Diseases¤ May¤ 2010 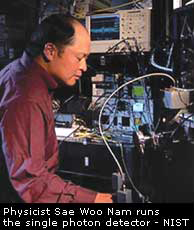 A beam of light has billions of moving photons. If one were to have an exact count¤ losses in optical communications could be measured in black and white—and rectified. Physicists have developed a single photon detector that counts the individual packets of light as they travel through optical fibres¤ with 99 per cent efficiency. It works like an ultra-sensitive thermometer. The moment a photon hits it¤ temperature rises and the gain is registered as a photon. The detector has use in fibre and quantum optics. Presented at the SPIE Symposium on
SPIE Defense¤ Security and Sensing¤ April 7¤ 2010

ecology
Let the garden lizards be

More than 100 studies on predators of crop pests around the world proved that birds¤ bats and even lizards count in the fight against climate change. Birds are known as pollinators but their role in saving plants this way was not very clear. Bats and lizards—much-maligned beings—just entered the picture. The world would need a lot more green than what it boasts of right now if it effectively wants the planet to stay cool. Some 200 insect species are serious crop pests and about 10¤000 species worldwide cause crop damage at some level. Studies showed birds¤ bats and lizards had a fetish for all insect herbivores and spiders.
Proceedings of the National Academy of Sciences¤ April 2010

A 95-million-year-old fossilized jaw of a flying reptile (Pterosaur) was recently identified and named Aedactylus halli. This is the second fossil from the Ornithocheirid family discovered in North America with both remains unearthed in Texas in 2006. All pterosaurs that roamed the North American Cretaceous were toothless. This fossil sports a long jawbone with sockets for 54 teeth and marked differences in the mandibular shape from other ornithocheirids found around the world indicating halli was a new pterosaur genus and species.
Journal of Vertebrate Palaeontology¤ January¤ 2010

Half the 40 million hiv -infected people worldwide are women. Till date scientists were not sure how the virus crosses the epithelial cell barrier of the female reproductive tract. Studies have suggested a tear in the tissues during intercourse. A recent research found out how. When the virus faces the epithelial cells¤ it releases surface proteins to bind to them. The cells respond by releasing inflammatory factors that the virus manages to turn in its favour. As a result the epithelial tissue barrier self-destructs leaving a clear path for the virus to enter the body. 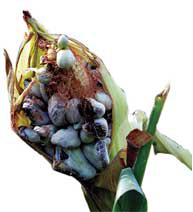 The corn smut fungus has more in its bag of weapons than meets the eye. The pathogen has a mind of its own. It knows what part of the plant it is at and activates its disease-causing genes accordingly. About 30 per cent of its genes are always active; of the remaining 70 per cent¤ two might express while the fungus is colonizing the flower and three in fruits. This find changes how pathogenic attacks on plants and animals are viewed. It might be the TB bacterium is still fighting back because scientists assume the pathogen works the same in every organ of the body.
Nature Cancer Reviews¤ May¤ 2010 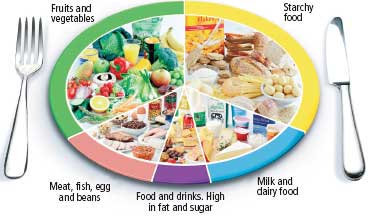 A study assessed the development of dementia in 2¤148 adults aged 65 years and above. There was a follow-up every 1.5 years for four years during which 253 people developed Alzheimer’s. This is what their dietary patterns saidÀ

Archives of Neurology¤ June¤ 2010 climate sciences Climate drivers Scientists have discovered a deep ocean current more than three kilometres below the region where the Indian Ocean merges into the Southern Ocean. This current carries water equal to 40 Amazon rivers and is probably a major driver of world climate patterns. The global network of the two types of ocean currents—surface and deep sea—are the major carriers of heat¤ oxygen and carbon dioxide. The seas and oceans¤ in turn¤ influence climate by storing carbon dioxide in their planktonic and shell-sporting communities.
Nature Geoscience¤ April 26¤ 2010 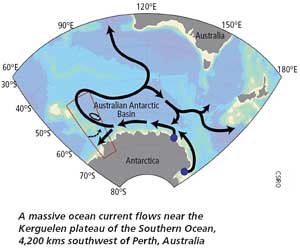 Scientists have discovered a deep ocean current more than three kilometres below the region where the Indian Ocean merges into the Southern Ocean. This current carries water equal to 40 Amazon rivers and is probably a major driver of world climate patterns. The global network of the two types of ocean currents—surface and deep sea—are the major carriers of heat¤ oxygen and carbon dioxide. The seas and oceans¤ in turn¤ influence climate by storing carbon dioxide in their planktonic and shell-sporting communities.
Nature Geoscience¤ April 26¤ 2010