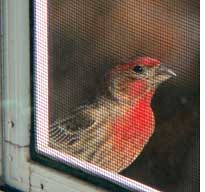 The house finch and the black-chinned hummingbird are unaffected by noise pollution. In fact, they prefer to nest in noisier areas because it increases their chances of survival. A team isolated the effects of noise pollution on bird communities. For this they chose regions with natural gas extraction plants which contain noise-generating compressors. The study found that many bird communities steer clear of noisy areas including the western scrub-jay a predominantly nest predator. Hence noisy areas work well for birds unaffected by the noise. Nevertheless, the negative impact of sound pollution on humans as well as wildlife, is increasing; it should not be overlooked, said the study in the July 23 issue of Current Biology.

A team analyzed urine samples of 60 pregnant women, collected during their third trimester. Thirty women who bore premature babies had thrice the level of phthalates in their urine as compared to the rest who delivered normally. Phtha-lates are found in personal care products like skin moisturizers and nail polish. The study appears in the June 16 online issue of the Environmental Health Perspectives.

genetics
Men in danger of extinction

The male sex-determining (Y) chromosome is shrinking. A team traced the evolutionary history of the X and Y chromosomes and found they were once identical. There is a segment of dna on the X and Y chromosomes that allowed an exchange of genetic matter between the two chromosomes. But some 80-130 million years ago, the exchange stopped and the chromosomes became sex-specific, said the study in the July 17 issue of PLoS Genetics. Since then the Y chromosome has rapidly evolved and lost several genes. The essential genes needed to make a sperm might disappear too in a few million years, said the team. The human Y chromosome, at present, contains less than 200 genes as compared to the 1,100 genes of the X chromosome.

The plant hormone gibberellin was always known to regulate root tip elongation. A new study says it also regulates the production of cells to control root growth. A team studied mutant plants in which the function of this hormone was suppressed. Since gibberellin degrades growth-repressing proteins, the mutation disrupted root cell proliferation which, in turn, prevented the root tip from enlarging. The findings, published in the July 2 issue of Current Biology, highlight efforts towards understanding plants better for crop improvement.

Researchers used wood to create tyres. They replaced 12 per cent of silica, used as a filler in tyres, with cellulose obtained from plant fibres. Making this tyre required less energy, it could better resist heat buildup and was stronger than normal tyres. The study is in the July 11 online issue of Composites Part A Applied Science and Manufacturing. 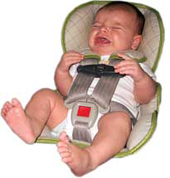 Depressed fathers can induce excessive crying--colic--in newborns. A team studied parental depressive symptoms at 20 weeks of pregnancy in a study which included 7,654 babies. The team found a higher risk of colic in more than 4,000 infants due to parental depressive symptoms. The risk increased 1.29 times for every symptom a father possessed. It was high even after accounting for the mother's depression, the most common cause of colic. The risk could be genetically transmitted or appear due to interaction between fathers and newborns, said the study in the July 1 issue of Pediatrics.

A popular dietary supplement called carnosine can help prevent cataract. Carnosine is a protein prescribed for autistic children. It improves motor skills and socialization. A team exposed tissue cultures of healthy rat eye lenses to guanidine, a chemical used to manufacture plastics and explosives and which is also known to cause cataracts. The healthy lenses became completely cloudy on exposure. When exposed to a combination of carnosine and guanidine, the lenses were 50-60 per cent less cloudy. Carnosine even helped the rats regain their clarity in vision. Hence the need to take carnosine as a dietary supplement by cataract patients, emphasized the study in the July 28 edition of ACS' Biochemistry.