Despite evolving at a very slow pace, crocodiles have maintained genetic diversity 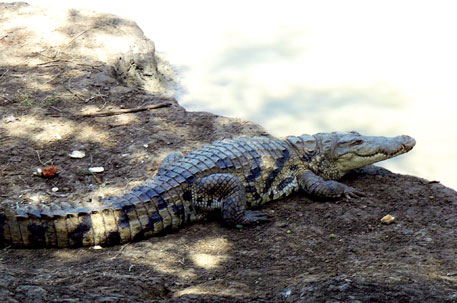 CROCODILES HAVE evolvedat a relatively slow rate-about a quarter of the rate of evolution of birds. But despite this, they have been able to maintain genetic diversity and survive millions of years. This has emerged from a study which compared the genome sequences of crocodiles, birds and turtles. The finding could help us understand their disease resistance, susceptibilities, adaptation to changing environments, and the diversity of captive and wild saltwater crocodile populations. The findings also provide clues to the characteristics of the common ancestors of the species. All extant crocodilian species-the Australian saltwater crocodile, the American alligator and the Indian gharial-were studied in the research. Science, December 12

It IS known that nitrite-rich food, such as beetroot, improve blood flow and are good for the heart. But how this happens was not clear. A study shows that nitrite works as a signal to haemoglobin, found in red blood cells, to form nitric oxide. This reduces platelet activation which causes blood clots. Researchers now aim to enhance this ability of haemoglobin to treat conditions such as hypertension, sickle cell disease and stroke.Journal of Biological Chemistry, December 3 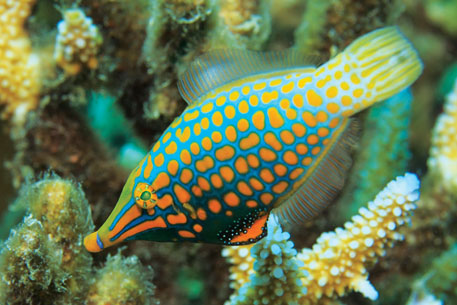 Camouflage NEED not always be visual. Filefish use a cologne they prepare from the corals they eat to hide from the nose of predators. A study in Australia found that crabs were unable to smell filefish because they smelled like the corals. Insects are known to use the technique but this is the first time that a vertebrate has been found to use chemical camouflage. The find indicates that there could be more species which use it. Proceedings of the Royal Society B, December 10

The MINERAL that makes 38 per cent of Earth has finally been named-bridgmanite. For around 50 years, the mineral, a form of magnesium iron silicate found 660 km inside Earth, could not be studied or named because it did not survive the trip to the surface and its properties remained unknown. However, meteorites that fall on Earth have the same element in "frozen" form. X-ray analysis of Tenham, a meteorite that crashed in Australia in 1879 and had bridgmanite grains, revealed that mineral contains high amounts of ferric iron and sodium.Science, November 28