BYTES
There was no Big Bang

A study has challenged the most prevalent theory on the origin of universe, reigniting an old debate 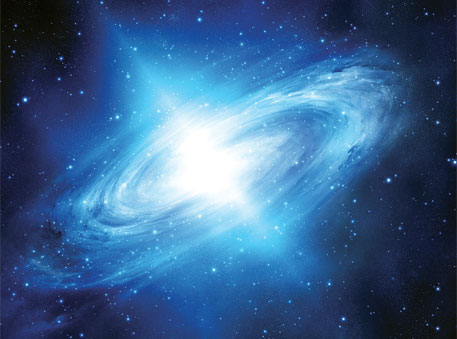 THE UNIVERSE did not start with the Big Bang. It did not have a beginning, nor will it ever end. It has been present forever, says a study which has formulated an equation. The most prevalent theory of origin of universe says it all began 13.8 billion years ago when everything was condensed in an infinitesimally small point, or singularity, and exploded and expanded. Mathematical calculations and Einstein's Theory of General Relativity explain the Big Bang and what happened after it, but they do not explain singularity or what happened before it. The new study claims to have prepared a model which suggests that singularity did not exist and gives the universe an infinite age.Physics Letters B, February 4

Experts HAVE claimed for years that lack of sleep leads to weight gain. It has now been proved true. Not only does a sleep-deprived person eat more, he/she also tends to eat more fat and less carbohydrates. It was thought that hormonal disturbances were behind this, but a study says salience network, an area of the brain, is the key. The five-day-four-night study on 34 people, whose brains were monitored through MRI, found that sleep-deprived subjects had an increased connectivity in salience network. It has a key role in determining responses to hunger stimuli. Scientific Reports, February 3

Earth Has witnessed five mass extinctions which changed the face of life on the planet. But plants coped with these events better than animals. The difference was most visible during the Cretaceous-Paleogene mass extinction, caused by the impact of an asteroid off the Mexican coast 66 million years ago. The event killed almost all the dinosaurs, but had limited impact on plant diversity. Negative rates of diversification (a scenario where more species die than are formed) never continued for long periods for plants. Over 20,000 plant fossils were analysed during the study.

Beavers do not brush yet their front teeth are strong enough to cut trees. This is because their teeth contain small amounts of iron that protect the enamel from wear and tear and acidic substance. Iron is present in an unstructured phase around the well-ordered "nanowires" that form the enamel's core. The find can be used in studies on tooth decay in humans. Science, February 13