Strong magnetic fields have been generated by sources of energy like the heat formed four billion years ago when the earth was hot and molten, release of gravitational energy and radioactive decay of long-lived elements. Nature, December 16 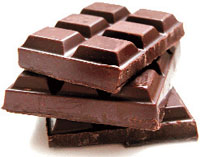 The recent sequencing and assembling a cacao genome will boost the production of high quality chocolate and benefit farmers growing it. Researchers sequenced the DNA of Criollo, a variety of Theobrama cacao, considered to be the world's finest cacao.

The team identified two types of disease-resistant genes in the Criollo genome. The team also found gene coding used for the production of cocoa butter, which is highly prized for chocolate making, confectionary, pharmaceuticals and cosmetics.

Most cacao beans are about 50 per cent fat, but 84 of the genes control the amounts and quality of cocoa butter. Nature Genetics, December 26 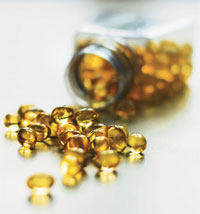 The use of placebos or dummy pills during clinical trials is considered unethical. But a new study suggested they can be used ethically. Over 80 patients suffering from the irritable bowl syndrome were divided into two groups.

One group was told that the pills given to them were placebos and the word “placebo” was printed on the bottles, while a second group was given a heavy dose of medication. Over three weeks, the first group showed far better improvement than the latter group. PLoS ONE, December 22

Methane is an inert, organic compound. But scientists inserted a metal atom into a methane gas molecule, to create a new compound— metal-methane hybrid molecule.

It establishes how nature uses metals in the molecules of living organisms. Journal of the American Chemical Society, December 8

The genetic sequencing of a finger bone found in 2008 in south Siberia has revealed a new branch of hominin species—the Denisovans. They shared a link with the Neanderthals.

The Denisovans might not have contributed genes to the present-day Eurasians but share 4.8 per cent of their DNA with people of New Guinea. Like the Neanderthals, they interbred with early humans and were spread across Asia during the Late Pleistocene era. Nature, December 23 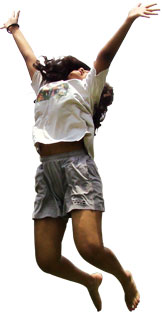 The metabolic and cardiovascular benefits of exercising are well known. A new study reveals that exercise turns on a genetic programme in the body, which causes heart muscle cells to divide and multiply. Researchers zeroed in on a transcription factor (a gene that controls other genes), C/EBPb that goes down with exercise, and a second gene that rises with exercise.

It is the first proof for C/EBPb’s influence on the heart, which has been known to play important roles in other parts of the body. The team identified a pathway that is beneficial for the heart’s growth. This study provides hope to patients who are unable to exercise either due to heart failure or other conditions.

Optimised training regimens can be used to tap into this natural mechanism effectively, in the future. Cell, December 23

Live cell imaging of a tumour growth in the zebrafish showed that newly formed cancer cells can take over the immune system and spread the disease by giving a growth signal. Scientists used coloured fluorescent tags to label the cells.

They blocked the immune cells or white blood cells of the body and found that cancer cells were less likely to multiply if both cells did not come in contact. This study has shown how white blood cells deal with the early stages of cancer. It has paved the way to explore potential cancer treatments. PLoS Biology, December 14 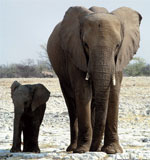 Two species of elephants and not one, roam Africa. Earlier, naturalists believed that African savanna elephants and African forest elephants were two populations of the same species, despite significant size differences.

Researchers compared the DNA of modern elephants from Africa and Asia to the DNA of two extinct species—woolly mammoth and mastodon. Tests revealed that the two species of elephants in Africa are as different from each other as woolly mammoth is from the Asian elephant. PLoS Biology, December 21

The exact atomic weight will not only decode the origins and history of a particular element in nature, but will also be significant for research and industry. For instance, these values could help in the precise detection of adulterants and pollutants while conducting dope tests in sports. Pure and Applied Chemistry, December 15 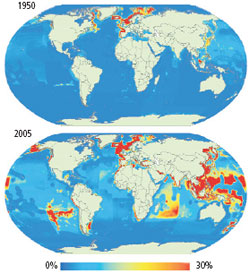 AQUATIC SCIENCES
Earth out of space for industrial fisheries

Global industrial fisheries expanded at a rate of one million square kilometres per year between 1950 and 1970. These fisheries spread from the north Atlantic coast and northwest Pacific to reach the high seas and southern hemisphere, between 1950 and 2005.