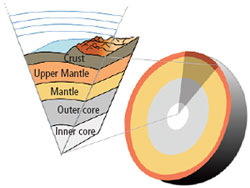 Previous estimates of how much faster the Earth’s inner core is rotating compared to the rest of the layers of the planet have been found inaccurate. Earth scientists found the core is moving much slower at one degree every million years rather than at one degree every year. This is the first accurate estimate of the speed of the inner core. The confirmed value can now be used to model the formation of Earth’s fluid outer core and evolution of magnetic fields. Nature Geoscience, February 20 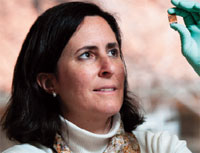 Researchers are trying to use materials with quantum dots to replace semiconductors like silicon in a solar cell. Quantum dots are tiny crystals, a few nano­meters in size, and cheaper to produce than a thin-film solar cell. Quantum-dot solar cells can also be used to absorb various wavelengths of light. But their efficiency is low, making them impractical for use. Now using a combination of materials can boost the performance of these solar cells. The researchers added an organic molecule to a quantum dot cell. They found it improved the efficiency threefold. Nano, Feburary 7

ENVIRONMENTAL SCIENCES
Tracked: phosphorus use across the world

Phosphorus, a key component of fertilisers and plant nutrients, comes from phosphate rock, a non-renewable resource. So knowing how much amount of it is being used across the world is important, especially with increasing food demands. For the first time, a map has been produced showing imbalances in its use. While it is assumed that phosphorus deficits exist only in the poorer countries and surpluses dominate wealthy nations, phosphorus usage were found to vary widely within single region. The study used agronomic information for 100 different crops produced around the world in 2000. PNAS, February 15 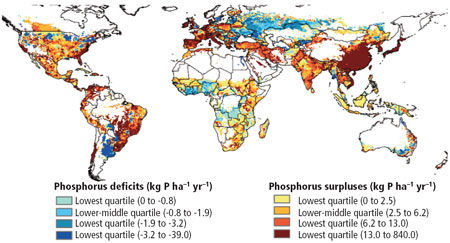 Malaria is a le ading cause of mortality worldover. A new study has shown that fungi can more effectively prevent the spread of malaria larvae in comparison to use of mineral oils. Metarhizium anisopliae and Beauveria bassiana cause muscardine disease in mosquito larvae leading to their death. But the fungi become ineffective under UV radiations, high temperatures and on contact with water. So, the scientists used oil as a means to disperse the fungi in water. Parasites and Vectors, February 22

Till now toxins produced by algae were thought to affect human and aquatic health. They were linked to rashes, fever and liver damage. But now scientists have reported that some unrecognised substances rele ased by algae blooms act as endocrine disruptors. They can also interfere with the normal activity of reproductive hormo nes. This is the first identification of endocrine disruptors in algal blo oms. Environment, Science and Technology, January 31 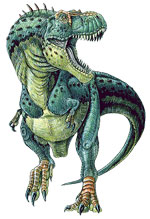 The king of dinosaurs, Tyrannosaurus rex, is often depicted as blood-thirsty, stalking fellow dinosaurs. But a census of the animal’s skeleton from swathes of eastern Mon tana has shown that the dinosaur was too abundant to have lived only on live prey. Instead it was like the hyena in Africa, which hunts both live prey and scavenges meat. The census of dinosaur fossils that date from 65 million to 95 million began in 1999. PLoS One, February 9

The misery of people suffering from ragweed allergy just got prolonged. Ragweed season in northern US has extended by two weeks. In Canada, it has stre tched by a month. This is because of changes in global climate. 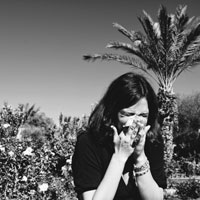 The flowering season—which de pe nds on warm te mpera tures—is getting shorter in southern latitu des. The opp osite is happening in northern latitudes. This can change the way preventive medications is used. PNAS, February 22

We all struggle to concentrate when there are loud noises outside our window. The fish suffer from the same problem. They become distracted from normal feeding behaviour when noise is added to their environment.

Using underwater speakers to play noise at levels similar to those produced by recreational speedboats in a tank, the researchers found that three-spined sticklebacks made more foraging mistakes and were less efficient at consuming the food. The study paves the way for identifying potentially damaging impacts of noise on the everyday behaviour of animals. PLoS One, February 28

Optical fibers are the basis of the modern information age. Scientists have developed a new class of opt ical fiber, which allows for a more effe ctive use of light. It has a core of zinc sele nide—a light-yellow compound that can be used as a semiconductor. Unlike silica glass, traditionally used in optical fibers, zinc selenide is more efficient at converting light from one colour to another. Exi sting optical fibers are also inefficient in transmitting infrared light. But the new class has more versatility not just in the visible spectrum, but also in the infr ared radiation. It can help dev elop mo re versatile laser-radar technology whi ch can be used for improved medical and environmentsensing lasers. Advanced Materials, February 25 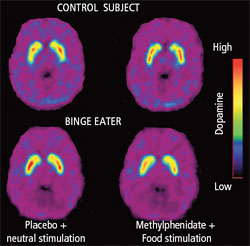 A mere sight or smell of food is enough for binge eaters to get lured to the food. A brain imaging study has revealed that this elevates dopamine—a chemical linked to rew ard and motivation—levels in binge eaters. The chemical spike could explain compulsive overeating in such people. The researchers studied 18 obese persons, 10 of whom had binge eating disorder. They used positron emission tomography to scan the brains after injecting a radiotracer to bind dopamine. Each person was scanned four times on two different days to test the effects of food stimulation. Obesity, January 24