Rise and fall of the tides is one of the most stable processes on the earth. But researchers say this too has changed over the years due to ice ages, plate tectonics, land uplift, erosion and sedimentation. Using computer simulations the team found some tides on the US east coast now have a difference of 3-6 feet instead of 10-20 feet between low and high tides. The tides in the Bay of Fundy in Canada, which are the most extreme and have a range up to 55 feet, were not that tall 5,000 years ago. Journal of Geophysical Research, August 2 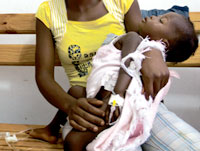 Till now it was believed that cholera outbreaks are linked to global warming as periods of warmer sea temperature promoted the disease. A study has challenged the hypothesis. The team analysed 12 years of data from major river basins around the world. They found that increased river discharges—occurring simultaneously with increased temperatures in coastal water—led to increases in phytoplankton blooms, which in turn were associated with cholera outbreaks. American Journal of Tropical Medicine and Hygiene, August

It has been long known that rechargeable battery using magnesium anode and sulphur cathode is twice more efficient than lithium ion battery, the most advanced battery till date. But coupling them had failed as the chemistries of magnesium and sulphur are incompatible with most electrolytes. All magnesium electrolytes cause rapid degradation of sulphur cathode. To get a compatible electrolyte, researchers reacted hexamethyldisilazide magnesium chloride with the Lewis acid aluminium chloride. The resulting electrolyte could couple the two, paving path for a super battery. Nature Communications, August 9

Three Himalayan glaciers have been shrinking in the past 40 years due to global warming. Two of them on lower altitudes in central and east Nepal may disappear soon. Using global positioning system and simulation models, researchers found that shrinkage of the glaciers—Yala and AX010—has accelerated in the past 10 years compared to their shrinkage in the 1980s. If the trend continues, disappearance of these glaciers is inevitable. Since the glaciers are in humid environments of the Himalaya, researchers concluded that shrinking of glaciers is accelerated in humid environments as opposed to arid environment. PNAS, August 1 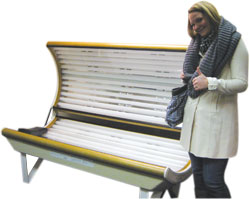 Neurology
Why tanning is addictive

People who frequently use tanning beds continue to use them despite the risk of developing melanoma, the most lethal form of skin cancer. Scientists now have an answer to this unexplainable behaviour. They say such people are spurred by a reward from brain as in people addicted to drugs and alcohol. To draw the conclusions the scientists tracked the brain activity and corresponding blood flow in people using sun beds. Addiction Biology, August 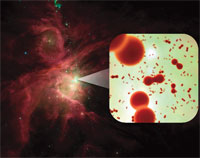 Oxygen molecules have been detected for the first time in space. While individual atoms of oxygen are common in space, molecular oxygen, or O2,was never found. Astrophysicists have now found O2 in Orion constellation of stars. For every million hydrogen molecules there was one molecule of O2. They say this oxygen molecule may have formed after starlight warmed the icy grains and released water. The Astrohysical Journal, August 8

Vinegrowers spray sulphur-based chemicals to prevent powdery mildew, a fungal disease. But a study has found it pollutes the ecosystem. The researchers took soil samples just before, after and within a week of spraying at two sites in Napa Valley in the US. It showed that on soil, sulphur immediately turns into sulphate. They then followed the sulphate trail for three years by measuring its concentration in plants, soil and run-off water. The amount of sulphate that drained off equaled the amount applied to the fields. Excesss sulphur can cause skin irritations and kidney damage. PNAS, July 8 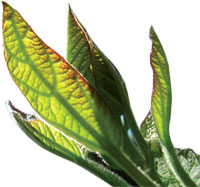 During the process of photosynthesis, chloroplast harvests energy from sunlight. When a large number of proteins absorb light together, excited electrons link to each other and affect energy transfer. Researchers have now found a way to demonstrate how this linking occurs. They used laser lights of two different frequencies to excite specific proteins in chloroplast to release energy. The protein emitted frequencies different from those it had received. This is a sign that the two excitation states had linked, the researchers say and may help better understand photosynthesis. Journal of Chemical Physics, July 22 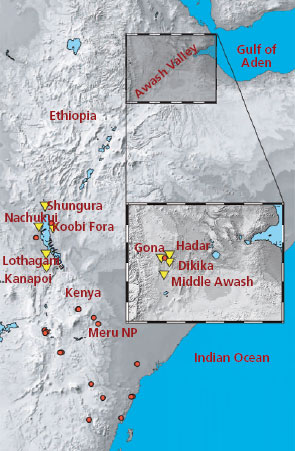 Man may have walked earlier than perceived. A study has shown that grassy open spaces, where human predecessors walked, have dominated the East African landscape throughout the human evolution. Until now it was known that the region, called the Cradle of Humanity, was heavily forested until two million years ago. After the forests receded the predecessors of humans came down from the trees and developed into fully bipedal creatures. The new evidence, based on chemical signatures in ancient soil samples, shows that grassy open habitats have existed for more than six million years and that man may have started walking four million years ago. Nature, August 3

Surfactants, agents that lower a liquid’s surface tension, are used in detergents, cosmetics, paints and pesticides. But they are petroleum based. Scientists have found that sophorolipids, molecules produced by yeasts, also act as surfactants. The team screened 19 members of the Starmerella yeast family. They found Candida bombicola and Candida apicola can produce high levels of sophorolipid. FEMS Microbiology Letters, July 28