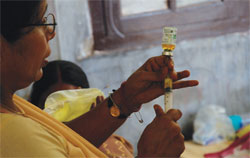 The deadliness of the kala-azar parasite, Leishmania donovani, has been deciphered. The protozoa has some of its chromosomes in multiple copies—sometimes, as many as five. This copy number varies between individuals. Generally chromosomes are in pairs. The researchers decoded genomes of 17 Leishmania strains collected from Nepal and India. They found that evolution of these organisms is driven not only by single-letter changes in the genetic codes, but also by larger mutations in entire chromosomes. Understanding these natural variations would help develop effective treatments. Researchers are now collecting more strains of the parasite from the area. Genome Research, October 28 (online) 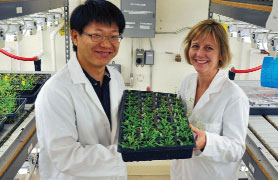 During floods standing crops are destroyed as the water cuts off the supply of oxygen to the roots and shoots. A molecular mechanism has been identified in plants which helps it figure out the levels of oxygen in the environment and take remedial action. This mechanism controls certain plant proteins, which are unstable in presence of normal water and oxygen, and get destroyed. When the plant is flooded and oxygen levels drop, these proteins are stable and lead to expression of genes that help in survival. Nature, October 23

ASTROPHYSICS
A reservoir in the sky

The planet-forming disk surrounding the star TW Hydrae, present in constellation Sea Serpent, has been found to hold enough water to fill thousands of oceans. The disk has water vapour so cold that it could form comets and deliver oceans to dry planets through impacts. TW Hydrae is 176 light years away. Science, October 21 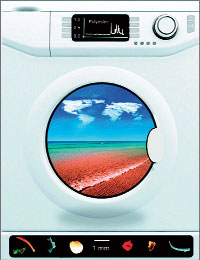 Tiny bits of plastic, the size of pinheads, have contaminated oceans. This microplastic has harmful chemicals that can contaminate fish and find their way to people through diet. The source of this microplastic has been identified. Common household washing machines release these bits of polyester and acrylic. More than 1,900 fibers can rinse off of a single garment during a wash cycle. This suggests that designers of clothes and washing machines need to find ways to reduce the release of fibers and that research should focus on methods for removal of microplastic from sewage. Environmental Science & Technology, November 1 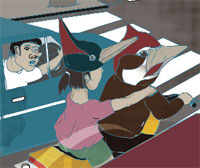 Woodpeckers peck at a tree trunk at a high speed without sustaining any brain injury. Head scans of the birds reveal that this could be because of a combination of morphological features such as spongy areas at different places of cranial bones. Having unequal upper and lower parts of the beak is also crucial. These studies on woodpeckers could lead to a better design of helmets. PLoS ONE October 26 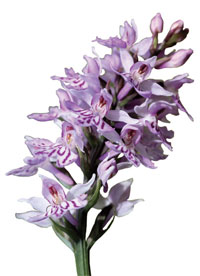 Plants that rely on insects and animals for pollination often produce chemical scents to attract them. It has so far been believed that the plant evolves to please the pollinator. Not so, shows a study on South African orchids. The plants evolve independent of the pollinator. The researchers studied the pollen stuck to bees to figure out the flowers they had visited. They then collected the scents from the oil-secreting orchids they had gone to. They found that the 42 taxa they studied had as many as 257 fragrance compounds. This variation suggests that the bees’ preference for fragrance barely influenced the evolution of the orchids. American Journal of Botany, October 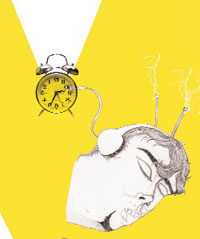 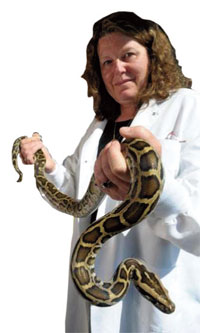 A day after a Burmese python has a huge meal, its heart grows in mass by 40 per cent. This increase helps metabolism which goes up 40 times the normal rate. Researchers found that the blood of these reptiles has a large number of fatty acids that help the reptile enlarge its heart. Hoping to find medicines for heart diseases like strokes, researchers studied the python’s blood. They found three fatty acids—myristic acid, palmitic acid and palmitoleic acid—crucial in the process. When tested on mice, these fatty acids increased the size of their heart too. This could lead to drugs for humans. Science, October 28

ECOLOGY
Living in a similar world

An analysis of freshwater fish species in 1,054 river basins around the world shows that taxonomic similarity is low at a global scale but is as high as 10 per cent in some river basins due to the introduction of non-native species. Global database of historical and current freshwater fish was used for the study. PNAS, October 24