Technology
Got a bright idea 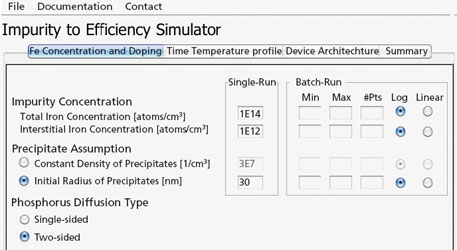 Use of solar energy is on the rise and people keep experimenting with new materials to increase the efficiency of solar cells. This effort has now received a boost. Scientists have developed an online tool that helps optimise materials for solar cells and their production. All one needs to do is enter details about the material being used and steps planned to process it. Within a minute the tool, Impurities to Efficiency (I2E), predicts how efficient the solar cell would be in converting sunlight to electricity. The tool also helps predict the duration and speed for heating or cooling the silicon crystal slice, one of the most important steps in the manufacture of the solar cell. Till now, this always has been a trial and error process. Photovoltaics International, February 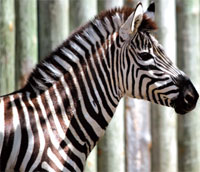 Evolution
Why the stripes?

Rudyard Kipling may have answered how the leopard got its spots and the camel its hump, but he never explained the zebra’s stripes. A new study helps fill in the void. The stripes evolved to help the animal avoid horseflies, known as tabanids, which carry disease and interrupt zebra grazing with their pesky biting. Dark colours attract the insects because they reflect light in the same way as water does, causing the light waves to become horizontally polarised. Light reflected from white pigment tends to be unpolarised, making it less appealing to the bugs. The polarised and unpolarised light from the stripes is thus confusing to the insects, and they leave the zebras alone. Journal of Experimental Biology, March 1

Scientists who set out to identify the effects that the first primitive mosses had on the climate have found their arrival triggered a series of ice ages. The moss first appeared during the Ordovician Period, which ended 444 million years ago. They say the plant caused a dramatic reduction in atmospheric carbon, which lowered temperatures by up to 8°C . The climate gradually cooled, leading to a series of ice ages. The mosses also extracted minerals like calcium, magnesium and iron from rocks to grow. This had an impact on the global carbon cycle. Nature Geoscience, February 1 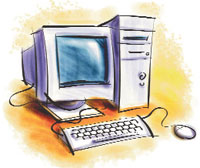 The world of computers is all set to be revolutionised as biological computers are here. These computers have complex molecules that activate one another to carry out some predetermined chemical work. The input is a molecule that undergoes specific, predetermined changes, and the output is another well-defined molecule. To build the computer, scientists created a mixture of DNA molecules, enzymes, and ATP (the substance that provides energy to cells) in a test tube. The mixture easily read the encoded DNA and decoded it. The computers can be helpful in large-scale, long-term storage of data and can directly interact with biological systems, including humans. Angewandte Chemie, February 3 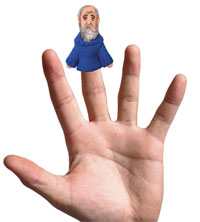 Ever wondered why your thumb and little finger react to stimulation faster than the middle finger. Scientists say it is all due to inhibitory influences of neighbouring finger nerve cells. Individual finger is represented by a group of nerve cells. The communication of the nerve cells amongst themselves is so organised that they interact through mutual excitation and inhibition. The thumb and little finger receive one inhibitory effect from adjacent finger, the middle finger from two sides. This leads to delay in excitement of the nerve cells, thus they react slowly. It was believed there were anatomical reasons behind this. PNAS, February 6 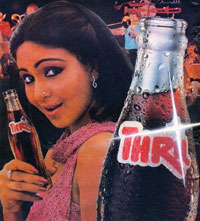 It is known that consuming too many fizzy drinks causes obesity and heart disease. A study has now shown that they can lead to an increased risk of asthma or chronic obstructive pulmonary disorder as well. Scientists analysed soda drinking habits of 16,907 people aged 16 or above. They found that people who consumed at least half a litre of soft drinks a day were more than twice as likely to develop either of the breathing conditions than those who refrained from it. Respirology, February

There’s bad news for those who have been dreaming about living on Mars. Scientists have virtually ruled out the possibility of life on Mars. They say the planet experienced a 600-year water drought and thus the surface of Mars has been arid for hundreds of millions of years. In addition, the team estimated that the soil on Mars had been exposed to liquid water only for 5,000 years at most since its formation billions of years ago. Thus liquid water has been on the surface for too short a time for life to maintain a foothold on the surface. Geophysical Research Letters, December 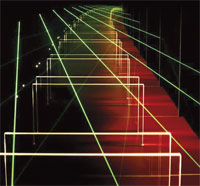 Scientists have for the first time made iron transparent. This was achieved by using a high-powered X-ray light source and platinum mirrors. The discovery could pave way for futuristic quantum computers. To do this the scientists positioned two thin layers of atoms in an optical cavity, an arrangement of two parallel platinum mirrors that reflect X-rays. The light ‘bouncing’ between layers made the layer of iron transparent. Nature, February 8

Potatoes may be notorious for causing an increase in weight. But a study has found that two small helpings of purple potatoes a day decreases blood pressure by about four per cent without causing weight gain. Pigmented potatoes contain high concentrations of phenolic acids, anthocyanins and carotenoids, powerful antioxidants, and the scientists say they may be the reason behind the positive effect. Purple potatoes have long been used in Korean folk medicine as a natural way to lose weight. The researchers say that decrease, although seemingly small, is sufficient to potentially reduce the risk of several forms of heart disease. Journal of Agricultural and Food Chemistry, January 5

There are other interesting things to discover on Google Earth besides your house. Researchers have used the satellite imagery to spot fish farming cages. From this, the research team was able to estimate the amount of fish being cultivated in the Mediterranean. They examined 91 per cent of the Mediterranean coast and counted over 21,000 fish cages, the majority of which were off the coast of Greece and Turkey. Combining cage counts with available information on cage volume, fish density, harvest rates, and seasonal capacity, the research team estimated ocean fish production for 16 Mediterranean countries at 225,736 tonnes. The study is the first to estimate seafood production using satellite imagery. PLoS One, February 8