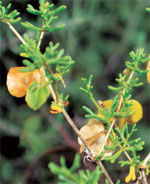 In what may be the first case of plants adapting rapidly to changing environmental conditions, leaves of certain plants have been found to shrink with rising temperatures to attain high photosynthetic rates. Resea-rchers studied leaves from herbarium specimens of narrow leaf hopbush from South Australia’s Flinders Ranges, dating from 1880s to the present. They found a 2mm decrease in leaf width over 127 years. Researchers say the changes are linked to warming of the climate as plants from warmer latitudes typically have narrower leaves. Biology Letters, July 4

Geologists studying the history of droughts in the arid areas of the western US have found that a particularly dry period that occurred in this regi-on during 900-1300 AD was interrupted by wet periods in winters. Till now it was considered that this region reeled under prolonged droughts during the period. The researchers figured this using oxygen isotopes from sediments in Castor Lake and Lime Lake. Earlier predictions were based on tree rings. The researchers say studies on sediments can help better understand climate variability patterns that shift every 20 to 30 years in the region. PNAS, July 2 (online)

There’s some good news for victims of Earbud Deafness Syndrome, a hearing problem that occurs due to rising levels of noise pollution. A study has found that a protein, AMPK, plays an important role in protecting sensory cells in the inner ear from permanent damage. It also helps restore hearing after extreme noise exposure. Scientists say the information can help develop new therapies based on AMPK protein to treat trauma resulting from extreme noise. FASEB Journal, July 5 (online)

Life Sciences
Music for the eyes

Most Sensory Substitution Devices (SSDs) use sound or touch to help visually impaired people reach for objects. Researchers have now developed a device that captures and converts images into music to describe the surroundings and creates a more precise spatial representation. EyeMusic scans the scenery in front of the user from left to right. These scans are translated into “soundscap-es”, short pieces of music played back via headphones. Higher musical notes represent objects located higher up in the scanned image and vice versa. An auditory cue marks the beginning of each scan and the note for objects towards left is heard first within the soundscape. The researchers tested it on 18 blindfolded individuals and found it worked. Restorative Neurology and Neuroscience, July 1 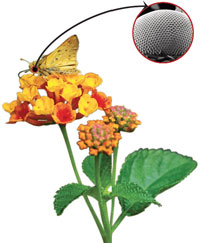 X-ray imaging might become less harmful for patients in future, thanks to moths. Resear-chers have developed a 500 nanometre thick film covered with tiny bumps of silicon nitride. Each bump or “corneal nipple” is modelled after the moth’s eye. It’s compound eye absorbs most of the light that falls on it. The new material which enhances the light capturing efficiency of X-ray machines can develop images using significantly less radiation than required by traditional materials. It produces 175 per cent more light with same amount of radiation than what is produced using traditional materials, thus reducing the amount of radiation a person is exposed to during X-ray imaging. Optics Letters, July 4

Evolution
Plants too fight back

It’s long been thought that native plants are not as resilient as weeds. But a study done in the US on native Pilea pumila plants and notorious weed garlic mustard (Alliaria petiolata) has proven otherwise. Garlic mustard kills the native plants by producing a harmful chemical known as sinigrin. Pilea plants chosen for the study showed higher resistance to sinigrin in areas where the two species have a longer history of coexistence. This provides the first evidence of co-evolution of native plants and weeds. PNAS, June 25 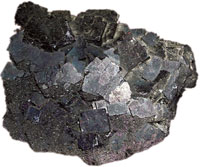 Fluorine is the most reactive element. It is highly toxic and reacts within minutes with all elements. Even lab instruments made of glass can go up in flames in a jet of fluorine gas. So until now chemists considered that fluorine can occur in nature only in association with other minerals. Now researchers have found that fluorine occurs in its elemental form in rocks of “stinkspat” or “antozonite”. Due to the presence of free fluorine, antozonite emits an unpleasant and pungent odour when crushed. Angewandte Chemie, July 4

Nearly 800 extra-solar planets have been found in our galaxy so far, but the exact masses of most of them are unknown. This was because till now astrophysicists could measure the masses of only transiting planets—those with an orbit that periodically eclipses that of its host star. Now, researchers have devised a method that can not only calculate the exact mass of planets but also does so for non-transiting planets. The method is based on analysis of carbon monoxide in a planet’s atmosphere through high-resolution spectrography. They have calculated the precise mass of Tau Boo b, which orbits a star about 50 light years from Earth. Astrophysical Journal Letters, June 18

What do you find inside the stomach of a seabird? Well, if it is a northern fulmar in the northwest coast of the US, one is likely to get lots of plastic. Researchers examined beached fulmars for a study on plastic pollution and found 92.5 per cent of the 67 birds they studied had plastics equal to almost 5 per cent of their body weight inside their stomach. A study during 1969-1977 had found 0.04 gramme plastic inside the birds. The study points towards a substantial increase in plastic pollution in the oceans over past four decades. Marine Pollution Bulletin, June 26 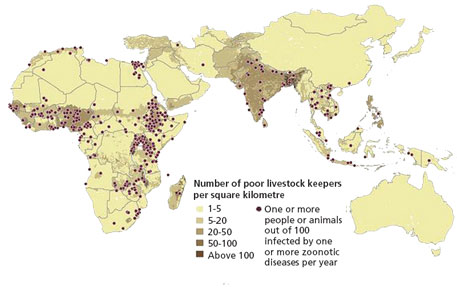 India is one of the hotspots for diseases transmitted from animals to humans, such as bovine tuberculosis. Some 60 per cent of all diseases in humans are transferred from animals and are responsible for 2.4 billion cases of human illness and 2.2 million deaths per year. Most of the burden of such diseases is on just a few countries, notably Ethiopia and Nigeria, besides India, found a study. This happens because these countries have the highest number of poor livestock keepers. Controlling the diseases in these countries is crucial to protecting global health and reducing poverty and illness among the world’s one billion poor livestock keepers, said the researchers. International Livestock Research Institute, July 2