Nearly half a million people are affected by dengue every year. But there is currently no vaccine to protect against the dreaded disease. This is because dengue is not caused by a single virus, but rather by four different viruses, known as DENV 1, 2, 3 and 4.

Now a new study shows that an effective and safe dengue vaccine may be possible. Researchers have tested a vaccine candidate called CYD-TDV and found it to be 60 to 90 per cent effective against DENV 1, 3 and 4. Only DENV 2 appeared to be resistant to the vaccine in the trial. The Lancet, September 11

Mercury, when dumped in water bodies, accumulates in fish and ends up on our plates. It can affect the brain and the nervous system and causes several ailments like Minamata disease. But current techniques to monitor the level of mercury in water are too expensive and complex. Researchers have now devised a simple, inexpensive nanoparticles-based system to detect toxic pollutants.

It consists of a strip of glass covered in hairy nanoparticles that can grab onto toxic heavy metals such as mercury and cadmium when dipped in water. A voltage-measuring device is then used to measure the level of pollutants in the water sample. More the ions trapped in the nano-velcro, higher the voltage. By varying the length of the nano-hairs, the scientists can target different kinds of pollutant. Nature Materials, September 9

GEOLOGY
Heat is on

Rise in concentration of zinc and other metals in the Rocky Mountain watershed is an ecological concern. A fourfold increase has been observed in dissolved zinc over the past 30 years. A study says this is happening due to temperature rise since 1980s. High temperature melts the ice and accelerates mineral weathering.

The pyrites and sulfides from the weathered rocks react with water to form sulfuric acid, a phenomenon known as acid rock drainage. The acid leaches metals from rocks and carries them into streams. These metals adversely effect water resources, fisheries and stream ecosystems. Environmental Science and Technology, August 17

Just like humans, crows can recognise faces and associate them with negative and positive feelings. In a study, investigators wearing threatening masks captured some crows. These birds were fed by people wearing a caring face mask for four weeks. The birds were then injected with a glucose fluid to study their brain activity when they saw either the threatening or caring mask for 15 minutes.

Brain scans revealed that a region in the crows’ brains stores memories associated with fear, just like humans. Researchers say the findings have implications for lowering the stress of captive animals. PNAS, September 10 (online) 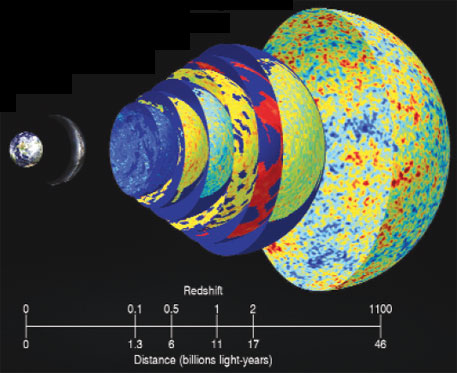 Dark energy is the greatest mystery of physics. Astronomers have now concluded that the enigmatic force pushing the cosmos apart is real. They say the likelihood of its existence is 99.996 per cent. A team of researchers has re-examined all the arguments against the presence of dark energy and improved the maps that were originally used to prove that the phenomenon existed.

They have concluded dark energy is behind the heating up of certain regions in the cosmos. In 2011, a team of astronomers won the Nobel Prize for Physics for their conclusion that the expansion of the universe was accelerating. But some scientists have argued this is an illusion, caused by the relative movement of Earth vis-a-vis the rest of the cosmos. Monthly Notices of the Royal Astronomical Society, September 15 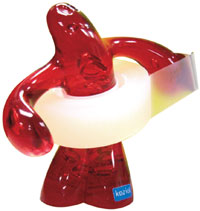 This was not possible till date due to differences in the structure of the two materials. Researchers found that simply sticking the two together with a scotch tape can induce superconductivity in semiconductors. The study paves the way for development of next-generation computers. Nature Communications, September 11 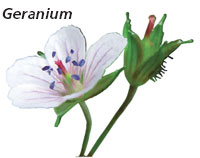 Spring and autumn are the seasons when most plants flower. But these seasons are bad news for those who suffer from hay fever and are allergic to pollens. Scientists have now discovered two genes that can produce long-lived and pollen-free plants. Researchers introduced these genes into Agrobacterium tumefaciens bacteria.

These bacteria, carrying the modified DNA, were then injected into geranium plant cells, where the DNA subsequently integrated into the plant’s genome. It was found that one gene increased the amount of cytokinin, a plant hormone, preventing ageing and the second destroyed pollen-producing anthers in geranium house plants. BMC Plant Biology, August 31 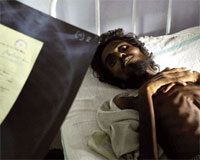 All that is needed to cure multi-drug-resistant tuberculosis (MDR-TB) is a pain killer that costs around two cents for a daily dose in developing countries. Oxyphenbutazone has been found to kill Mycobacterium tuberculosis, the bacterium that causes the disease.

A major issue in treating TB is that certain conditions inside the body, like low oxygen, mild acidity and fat, help the bacteria stay in a dormant form. Researchers have found that these conditions modify the pain killer as well, rendering it capable of killing the drug-resistant bacteria. PNAS, September 10

Upon looking at the response of the entire food web to this water scarcity, they found that drought reduced its diversity by around 25 per cent. In particular, the drought had negative effects on large bodied invertebrates, an important food source for fish, which has significant implications for fisheries. Nature Climate Change, September 11

Mobile phones are indispensable in today’s world. This necessitates good mobile network coverage even in the remotest areas. Indian researchers studied the critical terrain of the Himalayan foothills to evaluate the mobile network connectivity in this region. In the hilly areas, the researchers concluded, the shadowing effect of the hills decides the signal strength. They identified various dead zones in a network map. This map, they say, can be used to strategically place mobile towers in a fashion that even dead zones can receive adequate signal strength. Current Science, September 10 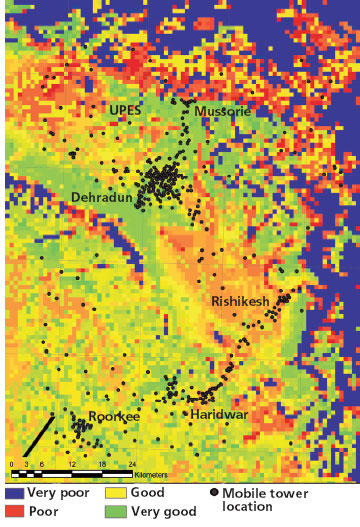