HEALTH SCIENCES
The villain gets nastier

The toxin bisphenol A (BPA) is found in plastics, dental sealants and grocery receipts. It is a known hormone disrupter. But its impact on the hormones produced by the thyroid gland remain unknown. These hormones are essential for cognitive development of children.

A correlation between the levels of the toxin in urine of pregnant women and the level of thyroid hormones in their blood and that of their children showed that for each doubling of BPA levels, there was a decrease of 0.13 microgrammes per decilitre of total thyroxine in mothers, indicating hypothyroidism.

For newborn boys, each doubling of BPA levels was linked to a 9.9 per cent decrease in thyroid-stimulating hormone, indicating hyperthyroidism. Environmental Health Perspectives, October 4 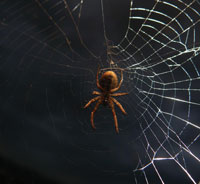 The spider can tailor its silk to catch different kinds of prey—strong web to catch the ones that fly at high velocities and weak web to get those that walk on the ground. Researchers have found that the strength is not dependent on the inherent chemistry of the silk glue but on the design of the adhesive disc that the spider weaves.

This understanding, researchers say, can help create an adhesive that can be used to bind a fractured bone and also make a bandaid which binds lightly to the skin. Nature Communications, October 2 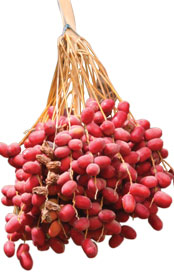 Aluminium, used to build cars and jets, is remarkable for its ability to resist corrosion. When exposed to air, its surface layer forms a protective film that prevents degradation of the underlying metal.

But this film tends to break down in seawater. Usually toxic coatings are used to protect the metal. But the same effect can also be achieved by using the sweet juice of date fruit.

It is likely that the juice is adsorbed into the aluminium’s surface and the sugars react with the metal to form an anticorrosive film on the surface. Industrial & Engineering Chemistry Research, September 6 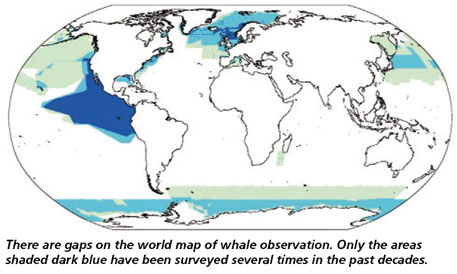 An analysis of 400 studies on whales conducted between 1975 and 2005 reveals that only a fourth of the world ocean surface has been surveyed for whales and dolphins. Such surveys are crucial as they help protect the organisms as well as the marine biodiversity. Most of the observations have taken place in the waters of economically strong nations in the northern hemisphere. In the South, only the Antarctic waters have been monitored. PLoS ONE, September 12

Crops such as cotton, soybean and corn have been genetically modified to be resistant to herbicides. Farmers can thus use herbicides to kill weeds while the crop remains unaffected and thrives. But an analysis of the use of herbicides on GM crops shows that the weeds too are becoming herbicide-resistant, requiring increasing amounts of the chemical.

The volume of herbicide, especially glyphosate, needed each year in the US has increased by about 25 percent, driving up the cost of farming. Environmental Sciences Europe, September 28

As microbes become antibiotic resistant, new methods are needed to combat them. One way would be to disarm them. Scientists have identified a molecule, LpxC-1, which instead of killing the bacterium, targets its toxins. They tested it against hospital super bug A baumannii, which enters the body through infected catheters and tubings and causes blood infection. LpxC-1 shut down the making of its toxin and thereby stopped the body’s inflammatory immune response to it, which is the cause of death in seriously ill patients. Mbio®, October 2 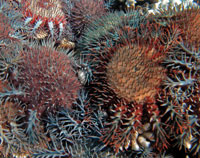 It took just 27 years for the Great Barrier Reef to lose half its coral. Around 48 per cent of the loss was due to storms, 42 per cent due to the crown of thorns starfish and 10 per cent by bleaching. It is feared that if the trend continues coral cover could further halve by 2022.

Researchers say that of all these factors only controlling the starfish population is in their hands and methods to control that are needed. In the absence of crown of thorns, coral cover would increase at 0.89 per cent per year. PNAS, October 1 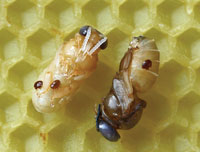 The parasitic mite Varroa destructor is one of the culprits behind the colony collapse disorder that kills bee colonies and affects the honey trade. The adult bees do try to cope with the mite by identifying the infected larvae and throwing them out but the efforts are not very successful.

To find a solution to the problem, researchers looked at the protein differences in the larvae and adults. They found several proteins in the antennae of adults that were associated with their ability to clean up the hive. In future, this could help select colonies with more hygienic behaviour. Genome Biology, September 27 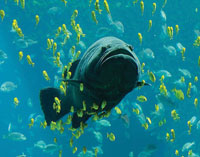 A global projection of the potential reduction in the size of fish in a warmer and less-oxygenated ocean shows that the maximum body weight they can reach could decline by 14-20 per cent between 2000 and 2050. The tropics are likely to be the worst affected.

This reduction in size could disrupt fisheries, food security and ocean ecosystems. Such impact on the size of fish was unexpected and indicates that some major linkages between climate change and its impact are being missed. Nature Climate Change, September 30 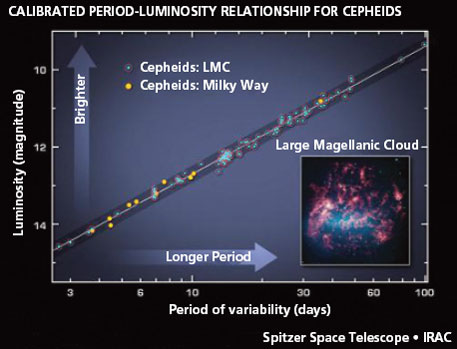 Since the universe exploded about 13.7 billion years ago, it has been expanding. Determining the Hubble’s constant, a measure of the rate of this expansion, is essential to determine the age and size of the universe and make projections for the future. The latest measurement, made by NASA’s Spitzer Space Telescope, puts the value at 74.3 ± 2.1 kilometres per second per megaparsec (a megaparsec is roughly 3 million light-years). Spitzer was able to improve upon past measurements as it used infrared light and could penetrate through dust and get a better view of variable stars called Cepheids. The expansion is measured by guaging the distance of these stars from the earth. Astrophysical Journal, September 21