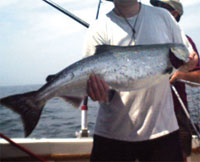 Most rivers carry pollutants from cities, farms and industries downstream. But scientists have long observed high contaminant levels in the tributaries upstream of the Great Lakes in the US. They have now pinpointed the culprit: non-native salmons that were introduced in the Great Lakes to control another fish, alewife. While travelling upstream to spawn and die, they carry contaminants they have absorbed downstream. These are passed on to other fish and organisms when they eat salmon eggs and carcass. Restoring native fish, like lake trout and whitefish, in the Great Lakes rather than encouraging more salmon could help reduce stream contamination. Environmental Science & Technology, August 7 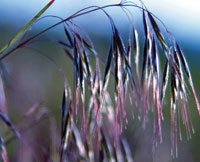 An invasive grass species, known as cheatgrass, has been making wildfires in the western US larger, hotter and more frequent. Remote sensing technology has now made it possible for researchers to assess the extent of the problem. It has been found the grass caused 80 per cent of the large fires in the last decade. Its tendency to spread quickly and fill in the ground between other plant species and burn faster than other vegetation is the reason. Global Change Biology, November 1 (online) 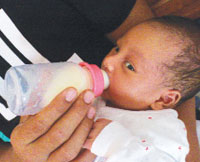 Bisphenol A (BPA), widely used in lightweight plastics, can block calcium channels in body cells. These channels facilitate flow of calcium ions that control contraction of heart muscles and enzyme activity. Drugs for high blood pressure and heart diseases have a similar effect on these channels. Exposure to BPA is like giving these drugs to healthy individuals. This could have serious health implications. The chemical exhibits hormone-like properties and has previously been linked to diabetes, obesity and cancer. It is considered harmful for foetuses and kids, in particular. Molecular Pharmacology, November 29 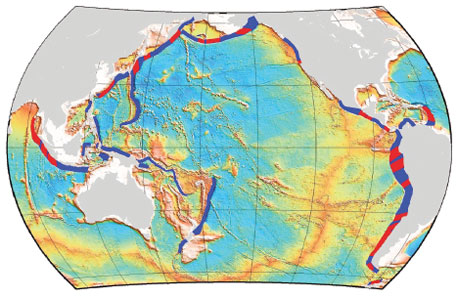 In the last century, nearly 90 per cent of the megaquakes, with magnitude 8.6 or higher, occurred in the regions where fractures on the sea floor intersect with subduction zones, or areas where one slab of Earth’s crust is slipping slowly under another slab. These earthquake hotspots across the globe were mapped using a specific data mining method for analysing online user data. The map shows the coasts of southern Chile and Peru, Indonesia’s Sumatra Island and regions along east Eurasian coastline are prone to great earthquakes. Identification of these earthquake hotspots could significantly help improve seismic hazard maps. Solid Earth, December 5 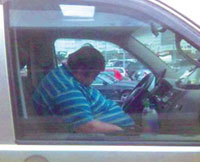 Not just dieting, but travelling less in car can help you shed kilos too. Using data on BMI, caloric intake and driving habits, a model has been developed to corelate calories consumed and miles driven with BMI. It shows if all adults in the US drove 1.6 km less per day and walked instead, it would decrease the national average BMI by 0.21 kg/m2 after six years. They say walking to the bus stop could have a similar impact as eating 100 calories less per day. Preventive Medicine, December 5 (online)

It is well known that microbes in our gut carry out myriad functions that help us survive. Cholesterol metabolism is one such function. But a change in diet can alter the gut flora and affect this metabolism. When hamsters were fed plant sterols (cholesterol-like chemicals from plants), the activity of several bacterial taxa from the families Coriobacteriacea and Erysipelotrichaceae were reduced. This blocked cholesterol absorption by intestine which, in turn, decreased its level in the liver and the plasma. As a result, the hamster synthesised more cholesterol. This extra cholesterol inhibited the gut microflora. This suggests that diet can be used to modulate the function of microbes, including those that lead to weight gain. Applied and Environmental Microbiology, January 2013 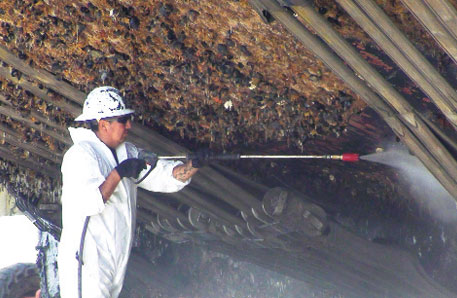 Algae, barnacles and other creatures are a big problem for anchored ships. They grow on the ship’s hull and corrode it by making it rough and brittle. Protective underwater coatings prevent these organisms from growing on ships, but these are expensive, labour-intensive and ecologically harmful. An eco-friendly coating to keep hulls free of marine organisms has now been developed. The coating acts as a large electrode and when current is periodically passed through it, pH stress is generated near the surface of the hull. This prevents marine organisms from growing there. The electric current can be supplied to the ship via photovoltaic systems or a land-based power grid. Researchers plan follow-up studies to make the system work in real life. Angewandte Chemie, December 7 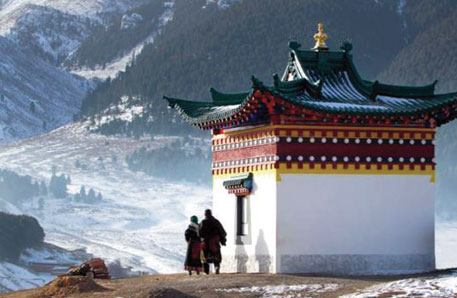 Low oxygen levels at very high altitude can affect breathing, thinking, ability to sleep and give headaches. But highlanders have biological adaptations that make them immune to these problems. Bodies of Tibetans and Ethiopians, for example, can cope with mountain sickness by maintaining low blood haemoglobin concentrations. But different sets of genes are behind the similar adaptation in the two populations. Whether this genetic variation is inherent or occurred due to mutations over years is still unclear. Deciphering this may help develop better treatments for high-altitude sickness and low blood-oxygen conditions like asthma. PLoS Genetic, December 6

MICROBIOLOGY
HIV is an old story

Origin of Human Immunodeficiency Virus (HIV) is largely a mystery. It is thought to have transferred from chimpanzees to humans in Africa between 1880 to 1920. But genome of Biaka, an isolated African population, suggests HIV might have been infecting humans years before it was detected and they could have developed some genetic resistance to it. Identification of these genes could lead to new ways to fight AIDS. BMC Evolutionary Biology, December 6

Those depending on wind energy to meet their power needs may be in for a rude shock. Average wind speeds at inland sites in southern New England in the US have declined by about 15 per cent.

However, the speed has remained steady near the coasts. The change in wind patterns could be linked to climate change and urbanisation. The region, typically, had a long period of frequent winter storms but with climate change the frequency of storms has decreased, bringing average wind speed down.

Likewise, urban sprawl has contributed to surface drag that has caused the wind speed to decrease. This change could have a significant effect on the future of wind energy in the US. An analysis of wind speed data from other sites across the globe could help find out if the trend is widespread. Presented at the meeting of the American Geophysical Union, San Francisco, December 5