Alfred Russel Wallace’s iconic 1876 map dividing Earth into six major zoological regions has been given an overhaul. It now incorporates data on 21,037 species of mammals, birds and amphibians to divide the world’s vertebrates into 11 biogeographic realms and shows how these areas relate to each other. The map is the first to look at both evolutionary relationships and geographic information to depict the distribution of life on Earth. It would help define conservation priorities based on millions of years of evolutionary history. Science, December 20 (online)

Atopic dermatitis, a common type of eczema characterised by dry, itchy and inflamed skin lesions, could be due to a genetic fault. It might occur when genes that produce a protein, Ctip2, do not function properly.

Inadequate production of this protein reduces the amount of lipids that keep skin hydrated and triggers the formation of TSLP, another protein that causes inflammation, but is ordinarily undetectable in human skin.

Animals whose Ctip2 production was blocked were found to have 1,000 times more TSLP than those with normal Ctip2 levels. This shows deficiency of this protein triggers eczema and tackling this could lead to new treatments for the skin condition. PLoS ONE, December 20 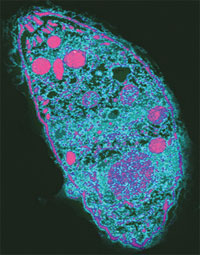 Toxoplasma gondii, a parasite similar to the malarial parasite, is found in cats but can also make humans ill. The current understanding of how it infects its hosts has, however, been proven incorrect. It was thought that three genes help the parasite invade host cells.

But now it has been found that T gondii can cause infection even if these genes are absent. One of these genes is similar to a malarial gene that is a major candidate for vaccine development.

The finding suggests it would be futile to target this gene for controlling malarial parasite. Nature Methods, December 23 (online) 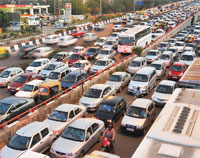 Traffic jams can be avoided if lesser number of people travel during rush-hour. But keeping drivers from just a few strategically located neighborhoods off the road during peak traffic hours could work even better.

The conclusion comes from a study in the US that used cellphone data to map the travel patterns of over 1 million commuters during rush hour. It showed that certain regions are home to drivers that caused major congestion.

Soybean has become a little more useful. Apart from protein supplements, dairy and meat substitutes, oil, flour and cattle feed, it can also be used to make an economically important chemical, succinic acid. The chemical is widely used as a food additive and in textiles, drugs and plastics.

Till now it was produced from petroleum but the new process involves using E coli bacteria to digest soy meal. The bacteria ferments the carbohydrates in the meal to form succinic acid. Some microbes naturally produce very small amounts of the acid from such feedstock, but manipulating E coli’s metabolic pathways make it far more efficient. Bioresource Technology, November 6 (online) 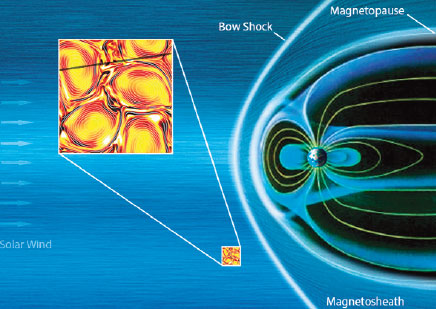 Solar wind is a stream of charged particles released by the Sun. It is in the form of plasma and creates a magnetic field as it flows through the solar system. At a temperature of 1,000,000 °C, it is nearly a 1,000 times hotter than the Sun’s surface, from where it originates. What makes it hotter than it’s source has puzzled astrophysicists for long. Satellite data has now shown this happens due to turbulence in the flow of particles and magnetic fields. This turbulence bends magnetic field lines, forming thin electrical current sheets. These sheets are where magnetic field lines join and break, resulting in transfer of energy that heats up the plasma. The data, for the first time, shows solar wind plasma is extremely structured. Physical Review Letters, November 8

Earth’s atmosphere can naturally rid itself of pollutants. Sunlight makes polluting gases rise up in the sky and form particles. These are washed away by rain. Atmospheric photochemical accelerator, a new process to remove organic pollutants from industrial emissions takes inspiration from this simple process. Housed in five aluminium boxes, the process is cheap and uses very little energy. Presented at International Education Forum on Environment and Energy Science in Hawaii, December 14

Physics
Spin in the magnet

Matter is considered to have only two magnetic states: ferromagnetism and antiferromagnetism. Not anymore. A new state of matter with a new kind of magnetism has been discovered.

Known as quantum spin liquid, this new state could lead to major advances in data storage and telecommunications.

The material exists in a solid crystal form but its internal magnetic state constantly fluctuates like a liquid.

Unlike the other two kinds of magnetism, magnetic orientations of its electrons constantly change as they interact with other electrons. Nature, December 27 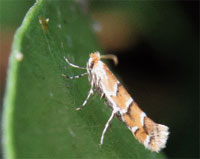 Political unrest in Congo has kept the rich insect biodiversity in its rain forests largely undiscovered. Researchers have now found 41 new types of leaf-mining moths in the region, bringing the number of identified species of these moths to 66.

The study could have significant agro-economic importance as these moths are found across the globe and while some species are agricultural pests, others help kill weeds and delay plant aging. Zootaxa, December 20

Helicobacter pylori is linked to gastritis, ulcers and stomach cancer, and is found in about half of the world’s population. It is the only bacterium that causes cancer. 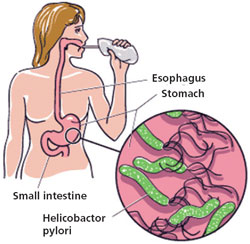 Iron deficiency has also been known to increase the risk of stomach cancer, but it was not clear whether it was linked to the bacteria. Now it has been found that low iron accelerates H pylori-induced cancers in gerbils and humans.

In anaemic people the bacterium becomes highly virulent and is able to produce greater inflammation than in people with normal iron levels. However, over 80 per cent of individuals infected with the bacterium do not show any symptoms and it is considered to play an important role in the natural stomach ecology.

This suggests that iron levels could be used to identify patients at a higher risk of stomach cancer after H pylori infection. Journal of Clinical Investigation, January 2