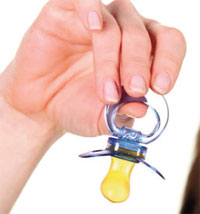 A simple habit of sucking their toddler’s pacifier after it has fallen on the floor can help parents boost their kids’ immunity. Infants whose parents suck on the pacifier to clean it transfer microbes from their saliva to their children.

The finding is in line with “hygiene hypothesis” that says bodies of kids brought up in overly sterilized environments never learn how to fight pathogens. Pediatrics, May 6 (online)

The protein is a known weapon against cancer cells and works by destroying vital structures within these cells. It has now been found to do the same damage to cells of drug-resistant bacteria. Neither the protein nor antibiotics alone can kill these pathogens but they combine to form a powerful anti-microbial weapon. PLoS One, May 1 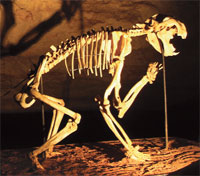 EVOLUTION
Blame it on climate

Humans are responsible for making several animals go extinct but they are not behind the extinction of the gigantic animals that once inhabited ancient Australia.

Climate change is the culprit. A study shows most of the megafauna of ancient continent of Sahul—modern day Australia, New Guinea, Tasmania, and nearby islands—was already extinct by the time humans arrived 45,000-50,000 years ago.

Of the 90 giant animal species that once lived there, just eight to 14 species were around by the time people started hunting. PNAS, May 6

PHYSICS
Clue in the crack

Forensic scientists can now tell the speed of a bullet that pierced through a window by counting the cracks in glass. Whenever an object pierces through brittle materials like glass the impact makes the glass crack in a characteristic star-shaped pattern.

These patterns have been thought to be unique. But it has now been found that the number of cracks that appear when an object hits a glass surface is directly proportional to the square root of the impact speed of the object—quadrupling the object speed would double the number of cracks. The formula may be of use in forensics and for protecting spacecrafts in cosmos. Physical Review Letters, April 26

Due to global shipping, invasive animal and plant species, such as lionfish, zebra mussels and killer algae, get carried around the world on ship hulls and in ballast water. Upon arrival in a new port, such alien species can drive native species to extinction, modify ecosystems and impact economy.

Ship traffic data and biological records show that large Asian ports, such as Singapore and Hong Kong, Suez Canal and US ports like New York and Long Beach, are at the highest risk of such invasions.

By removing invasive species, using filters, chemicals or radiation, from 25 per cent of ballast tanks arriving at each port, the invasion probability can be reduced by 56 per cent. Ecology Letters, June 1

A newly synthesised material can help cut gasoline costs and eliminate the need for octane-enhancing additives that have been linked to cancer. Petroleum refining is currently done using a material that sorts hydrocarbon molecules by size through several distillation steps.

Additives are then added to achieve a desired octane rating. The new material, however, sorts hydrocarbon molecules by shape rather than size, eliminating the need for multiple distillation steps and additives. The new material is a metal-organic framework, which is like a metallic sponge with microscopic holes. Science, May 24

ASTRONOMY
Born in a flash

It is known that a black hole is formed when a massive star dies and collapses under its own gravity. But no one has ever seen the birth of a black hole. According to a new analysis, a dying star may generate a distinct burst of cosmic light just before it turns into a black hole.

This distinctive flash of light may make it possible for astronomers to watch a black hole being born. This burst of light, which might last from three to 10 days, could be visible in optical and infrared light. Astrophysical Journal Letters, May 1 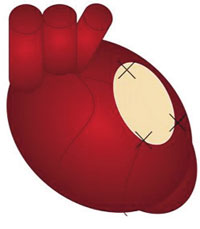 A three-dimensional heart muscle that can function just like natural heart tissue has been grown in lab using human embryonic stem cells. The “heart-patch” overcomes two major obstacles that earlier cell-based patches faced: it conducts electricity at about the same speed as natural heart cells do and squeezes appropriately.

In addition to a possible therapy for patients with heart disease, the new heart tissue could also be used to effectively screen new drugs and therapies. Biomaterials, May 2 (online)

Plants do not just communicate with each other through physical contact, chemical- and light-mediated signals. It has been found that they can also talk to each other through acoustic signals generated using nano-mechanical vibrations from inside the cell.

And a friendly chat can help plants grow better. A study looking into how chilli plants grow has discovered that when seedlings are put next to so-called friendly plants, they grow stronger. But when sown near “bad neighbours”, such as fennel, their germination is hindered. BMC Ecology, May 7

Most of the world’s oceans have been experiencing enormous blooms of jellyfish since the beginning of this century. It has been found that overfishing is the main factor behind the sudden abundance of this stinging creature. Less fish means jellyfish have lesser competition for food and fewer encounters with ocean-dwelling predators such as salmon. Small fish eat the eggs and larvae of jellyfish and help regulate their population. In the absence of such predators, there is nothing to stop the gelatinous creatures from multiplying uncontrollably. Bulletin of Marine Science, May 1