The theory that says Earth was warm enough to allow the planet’s earliest life formsÃ”Ã‡Ãªis under question. Life on Earth began 3.8-2.4 billion years ago, when the sun energy was three-quarters of what it is today. An explanation says that the presence of green house gases counterbalanced the sun’s low energy. The primary gases which could have caused green house effects are carbon dioxide, nitrogen, ammonia and methane. But it has been found that the levels of none of these gases were high enough. Science, September 19 (online)

The fall in number of shellfish in oceans has been linked to the rise in noise from man-made activities. Activities like underwater drillingÃ”Ã‡Ãªcause large-scale physical malformations in marine invertebrates, such as shellfish. In an experiment on the New Zealand scallop larvae, it was found that the scallops which were exposed to noise went through a delay in development, with 46 per cent having malformations. How does noise impact these microscopic larvae is unclear and requires further research. Scientific Reports, October 3

Scientists have discovered evidence of the earliest known comet to strike Earth. The event occurred 28 million years ago when the comet entered the atmosphere over what is now Egypt, got heated and exploded, resulting in the formation of yellow silica glass. The glass fell over a 6,000 sq km area in the Sahara. A specimen of the glass can be found in Tutankhamun’s brooch. The impact also produced microscopic diamonds. The clue came from a black pebble found years ago by an Egyptian geologist in the area. Research on the pebble led to the conclusion that it came from a comet. Finding comet material is very rare and space agencies invest billions to collect a few micrograms of such material from space. Comet fragments have never been found on earth except in microscopic sizes. The discovery provides an opportunity to study the comet material and could give invaluable information regarding the creation of the solar system. Earth and Planetary Science Letters, November 15 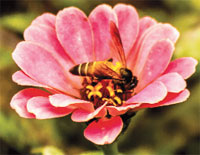 Selenium, a metal used in industrial activities like mining and petroleum refining, causes mortality and delayed development in the honeybee, a crucial pollinating agent. Selenium enters its body through contaminated pollens and nector. It is not clear how the metal harms it, but compared to other insects the bee, during the larval stage, is more susceptible to selenium. Low quantities of selenium are beneficial to several animals but higher levels are toxic. Selenium contamination is now considered a global problem. ItÃ”Ã‡Ãªpollutes soil, water, plants and even gets deposited on hives. Environmental Toxicology and Chemistry, October 3 (online)

Researchers have found a way to remotely measure heart and aspiration rates with a simple video camera. The technique has widespread use in telemedicine. The technology tomeasure the heart rate is based on the fact that blood vessels expand and contract with each heartbeat and more camera light is absorbed than reflected if there is more blood in the vessels. To calculate respiration rate, the algorithms use the minute body movement which accompanies breathing. The technology can be used to detect heart attack, to monitor animals in the laboratory or for wildlife research. Environmental Toxicology and Chemistry, October 2013 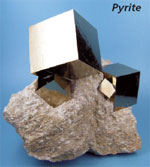 A way to assess electronic properties of the surface of pyrite, a common naturally occurring compound of iron, has been found. While it is easy to understand bulk properties, it is difficult to assess chemical properties of surfaces of materials due to lack of tools. The process requires measurements to a depth of just one or two atomic layers. The new method involves the use of a technique developed in the 1980s, called scanning tunneling spectroscopy, along with modern computational methods. Pyrite’s electronic properties have largely remained unexplored but it is considered to be of immense use in solar cells. Surface Science, December 2013

Ophthalmologists don’t usually recommend a urine test to diagnose eye diseases. But urine can provide clues to genetic mutations that cause retinitis pigmentosa, a hereditary eye disease that impairs vision and results in blindness. Patients suffering from the disease carry two copies of a mutation of the gene that produces the enzyme dehydrodolichol diphosphate synthase and synthesises organic compounds called dolichols in the body. Dolichols can be easily detectedfrom urine. Journal of Lipid Research, September 2013 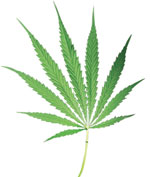 Marijuana could hold the key to treating multiple sclerosis (MS). The treatment or causes behind the disease which makes the immune system attack the nervous system, inflaming the brain and spinal cord,Ã”Ã‡Ãªare not known. When tested on mice, compounds from marijuana, such as cannabidiolÃ”Ã‡Ãªand tetrahydrocannabinol, showed benefits. Efficacy of the compounds was tested on miceÃ”Ã‡Ãªimmune cells that cause inflammation of the brain and spinal cord and it was found that the cells produced lesser number of inflammatory molecules. Journal of Neuroimmune Pharmacology, July 2013

It has been found how Rhipicephalis microplus, a tick which transmits various diseases in cattle, has developed resistance to amitraz, one of the main pesticides used against it. Scientists have identified the genetic basis behind at least one form of resistance the tick has developed against the pesticide. The find will help scientists devise a new genetic test which could give farmers better alternatives to manage the tick. Study also suggests using several pesticides for ticks and mites will delay the development of resistance in the tick. Rhipicephalis microplus reduces rate of growth, causes anaemia and even death of cattle. PNAS, September 30 (online)

A two degree rise in mean global temperature would create water scarcity for over 500 million people, says a research. The most susceptible regions include the grasslands of eastern India, shrublands of the Tibetan Plateau, the forests of northern Canada, the savannas of Ethiopia and Somalia, and the Amazonian rainforest. Climate change would not only reduce fresh water lakes but also affect the stability of ecosystems. A five degree rise, likely in the next century if the temperature continues to increase at the current rate, would threaten nearly all ecosystems of the world. Environmental Research Letters,12 September 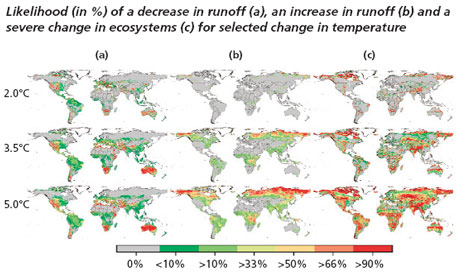