What3words will also be integrated in the postal system of Mongolia 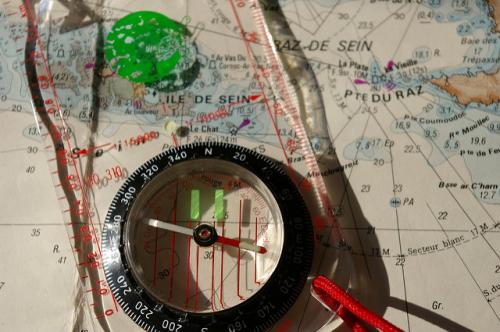 What3words, a start-up founded in 2013 by Chris Sheldrick, has been adjudged one of the most innovative businesses in the UK as part of the Great Innovation Challenge 2016 by PwC and the GREAT Britain campaign.

It is a universal addressing system that identifies a 3m x 3m square, anywhere on the planet by using a unique combination of just three words. The company divided the world into 57 trillion squares, and labelled them with 40,000 words in the dictionary with an algorithm. The idea is that a series of words is easier to remember than the strings of number that make up GPS coordinates. This app goes beyond traditional postal codes and can be used when offline.

A member of the judging panel said, “The ability of what3words to tackle a big need, to harness technical innovation and combine it by putting language itself at the heart of the delivery mechanism is simple, effective and simply brilliant.”

According to a UN statistics, four billion people in the world live without an address. With what3words, it would be possible to make deliveries in unaddressed locations. The application is particularly useful in developing countries where addressing can be inconsistent.

The system, which is available in 10 languages, has been used by the UN for disaster reporting, by logistics firms, navigation apps like Navmii, travel guides, and non-profits in over 170 countries. Last July, the company deployed its geo-coding system to address India’s electricity shortage and helped in bringing electricity to people living in slums. In Rio, it's also helping tourists find their rentals for Olympic Games.

Mongolia is integrating what3words into its postal network. The country has tent dwellings and large numbers of nomadic and rural people. Several places in Mongolia, including the capital city Ulaanbaatar, lack well-known names, making navigation difficult and street addresses unreliable.

“The Mongol Post struggles to fulfill all of their deliveries in the capital city. There are a lot of delayed deliveries or failed deliveries because of the address problem,” fouder of the application Chris Sheldrick says. Today in Mongolia, detailed directions and landmarks are often used in lieu of traditional street addresses; there aren't many options. The company hopes to get the first packages delivered in August. Once equipped with their own address phrase, Mongolians will be able to provide a precise and unambiguous location for any number of uses—navigation, banking and online shopping.

“I have been working at the Mongol Post company for 10 years now,” said Batsaikhan Tsedendamba, the CEO of Mongol Post, in a statement. “During this time, we have been presented with numerous local and international addressing systems and technologies. Of them all, I believe what3words is the most user-friendly and optimal.”

While Sheldrick believes that what3words can be a global tool, the application has limitations. It cannot measure vertical space, so finding addresses in skyscrapers can be challenging. What3words has also faced criticism for using a closed, proprietary system as an open global platform.

What3words provides a free-to-download smartphone app that works with or without a network signal. The system is also available through a website, and can be used by other businesses for a fee.