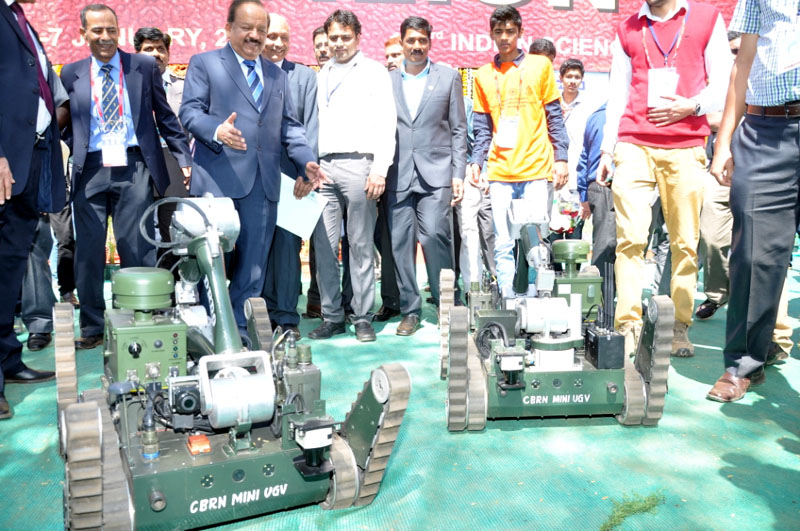 Scientists and top policymakers at the ISC 2016 have yet again stressed the need to enhance the current investment in Research and Development (R&D) in the country by adopting a new Public Private Partnership (PPP) approach and promoting technology transfer.

“An investment of 0.9 per cent of GDP will not take us very far,” said Baldev Raj, director of the National Institute of Advanced Studies (NIAS) in Bengaluru.

The 2011 census reveals that the Gross Expenditure on Research and Development (GERD) in India was $36.2 billion then (nearly 0.88 per cent of the GDP). This is estimated to have gone up by 0.1 to 0.2 per cent since.

The number of full-time R&D professionals in the country is nearly two lakh and India ranks ninth the world over as regards this indicator of science and technology research. “The number of professionals must go up by at least two-third of their present strength,” said Neeraj Sharma, advisor and head of the Department of Science and Technology (DST). The question is how.

“India’s science and technology policies are visionary but today, where to go is as important as how to reach there,” said M K Bhan, former secretary of the Department of Biotechnology (DBT).

Sharma said the route was demarcated, at least in part. “Greater investments are needed by the private sector. Against the global benchmark of a 65 per cent industry investment, India registered only 35 per cent as per 2011 data. We need more inclusive (accessible, affordable and available) innovation technologies. We need to promote interdisciplinary research and focus to prioritise research in critical areas like agriculture, climate variability, communication, energy, environment, health, materials and water management. We look forward to strengthen the present policy mechanism and structure,” Sharma said.

ISC 2016 also witnessed the unveiling of the 2035 vision document of the Technological Information, Forecasting and Assessment Council (TIFAC), which is an autonomous organisation under the DST, setup in 1988 to assess technology trajectories and look ahead in technology.

TIFAC’s Tech vision 2035 document has one vision document and 12 documents highlighting how to achieve this vision. “It is different from TIFAC’s 2020 vision document in that it is citizen-centric. The focus has shifted from the country to the citizen,” said Prabhat Ranjan, executive director of TIFAC.

The document lists 12 cross-sectoral prerogatives and identifies the technology required to achieve each one of these. It also identifies 10 grand challenges, of which elimination of female and child anemia has become a priority.

Another way to strengthen the science and technology policy mechanism is to bring a synergy between the various schemes currently in place. “For this, we have developed a website wherein an innovator in need of support can file an application, which flows into all related schemes as required,” Ranjan said.

Finally, the need to landscape opportunities to prioritise research must be recognized in order to strengthen the current policy mechanism. The case of guar gum—an off-white powder which is basically the endosperm of guar beans—is a befitting example. In 2012, guar gum became the number one farm export, leaving behind rice and cotton. India contributed 80 per cent to the total global export of guar gum but its contribution in patents on the subject was less than one per cent.

“There is a need to assign priority in research to such sectors, where technology infusion could play a major role in export enhancement,” Ranjan said.

However, the bright side must not be overlooked. India’s S&T policies have had some great outcomes too: It ranks sixth in the world with respect to the number of publications by Indian scientists. This is growing at a rate of 13.4 per cent annually, far ahead of the world average of a 4.4 per cent growth rate. The country ranks third in the magnitude of publications in nanoscience and women’s participation in R&D is a significant 30 per cent. India has definitely come a long way.