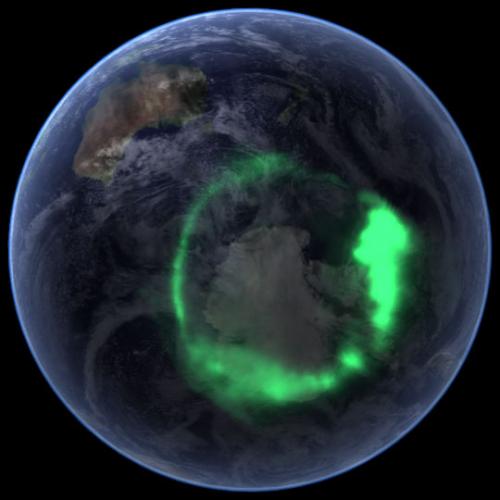 Experiments have been continuing for decades to know what’s there at the innermost part of the earth. It was proved that 85 per cent of earth’s core mainly composed of iron and nickle covered 10 per cent of the area  Now, Japanese scientists claim having established the identity of the "missing element" that covers five per cent of the Earth's core.

According to them, the five per cent of the core could be silicon dissolved into the iron-nickel alloys.

In a joint research done by Tohoku University, University of Hyogo and Japan Synchrotron Radiation Research Institute, scientists created alloys of iron and nickel and mixed them with silicon. They recreated high temperatures and pressures that exist in the inner core. To their surprise, they discovered that this mixture matched what was seen in the Earth's interior with seismic data.

“We measured the sound velocity of iron alloy compounds at high pressure and temperature relevant to the Earth’s core using double-sided laser heating of a DAC combined with inelastic X-ray scattering at SPring-8,” said he lead researcher Eiji Ohtani from Tohoku University during the Fall Meeting of the American Geophysical Union in San Francisco in December 2016.

“The discovery could help us to better understand how our world formed,” added. However, he said that more work was needed to confirm the presence of silicon. He also did not rule out the presence of other elements.

The innermost part of Earth, which is believed to have a radius of about 1,200km (745 miles), is too deep to be investigated directly. Hence, scientists study how seismic waves pass through this region to give them some idea about its composition.

According to Simon Redfern from the University of Cambridge, UK, "These difficult experiments are really exciting because they can provide a window into what Earth's interior was like soon after it first formed, 4.5 billion years ago, when the core first started to separate from the rocky parts of Earth.”

He didn’t rule out the possibility of presence of oxygen in the core as recent studies have suggested. Countering the claim of silicon’s presence, he said that the rest of the planet would have been relatively oxygen-rich if a larger amount of silicon had been incorporated in Earth's core more than four billion years ago.

Redfern stated that though recent results add to the understanding, but it is not the last word on the story.