A century-old bamboo is a 'new' species, say scientists

Although tribes in Arunachal Pradesh have used Stapletonia rigoense for almost a century, scientists have only recently discovered and published their results 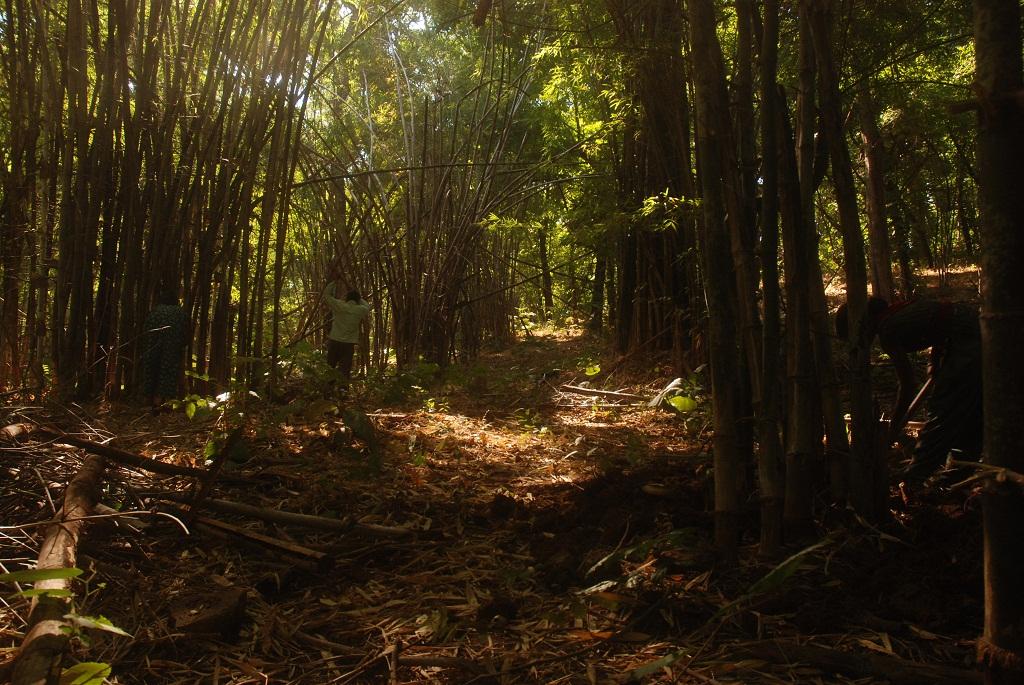 A bamboo plant has recently been ascribed a new species despite having been an integral part of the lives of ethnic tribes of Arunachal Pradesh for nearly a century.

In January 2017, L B Singha, associate professor at the Department of Forestry of the North Eastern Regional Institute of Science and Technology in Nirjuli, Arunachal Pradesh, stumbled upon the new bamboo species, Stapletonia rigoense, with his team Pakpi Niri and Raseshowri Devi during a field survey of Rigo village in West Siang. They observed that in addition to having long internodes, the new bamboo species had longer leaves and a white colored waxy ring below the nodes, making it different from other known members of its kind. These results were published in the May issue of Phytotaxa, a botany journal.

“The new bamboo species locally known as Tabum bears culms that have extremely long internodes – 160 centimeters or more, while all previously known species of bamboo have internodes 150 centimeters or less, which encouraged us to carry out further examination to see if it indeed was a new species”, Singha, one of the authors of the study told Down to Earth.

The aerial part of the bamboo plant is a straight and cylindrical stem called culm, which bears regularly spaced thickened rings termed as nodes. The region between two nodes is called an internode. It is hollow and hence, easier to excise and puncture compared to the node. Having long internodes makes this bamboo an ideal raw material for weaving handlooms, constructing thatched roofs and irrigation pipes for nurseries, and for making baskets and handicrafts, which is why the locals have been using it for these purposes for ages.

“It may be a very old plant if you talk to the villagers but an absolutely new species if you ask botanists”, said Singha.

The scientists have categorised the new species as ‘Rare’ as of now but believe that is threatened as it is known only from a restricted natural forest near Rigo village in Arunachal Pradesh. “We plan to conduct surveys to see if it exists in other parts of Arunachal Pradesh or north-east using remote sensing but that would take us some time,” Singha added.