A mobile app that can help you track Zero Shadow Days 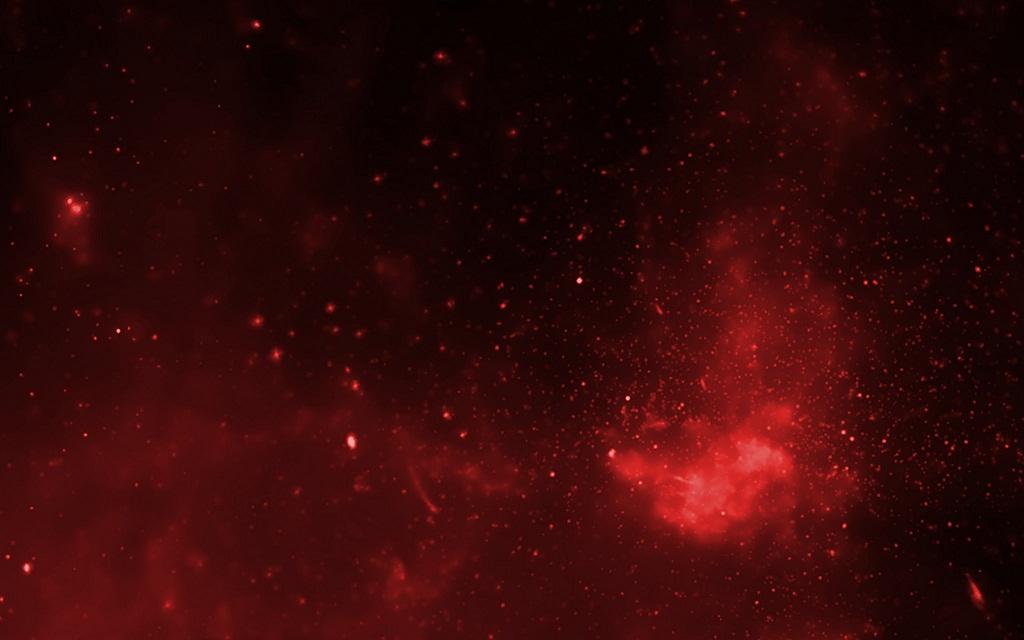 Astronomy, to many people, may seem like a subject far removed from their daily lives. When children ask us how we know so much about the Universe, we usually shrug our shoulders. However, many of facts that we learn in school about the Earth and the way it moves can indeed be deduced by children themselves using simple means.

The history of measuring time and of navigation is pretty much the history of astronomy. How did we first figure out how to tell time, how to determine the cardinal directions at any given place, how to measure its latitude, how seasons are caused, or what the tilt of the rotation axis is? More interestingly, can we find out for ourselves, at home or at school, the way it was done centuries ago by different civilisations?

Yes, we can. That is the aim of the Zero Shadow Day (ZSD) campaign of the Public Outreach and Education Committee (POEC) of the Astronomical Society of India.  The committee is using the Zero Shadow Day to enable school children to understand all these questions using the shadow cast by the Sun. The committee has collated all necessary information on ZSD on its website and has also developed an android app called `ZSD’ to help find ZSD for specific locations. The app is available in many Indian languages. 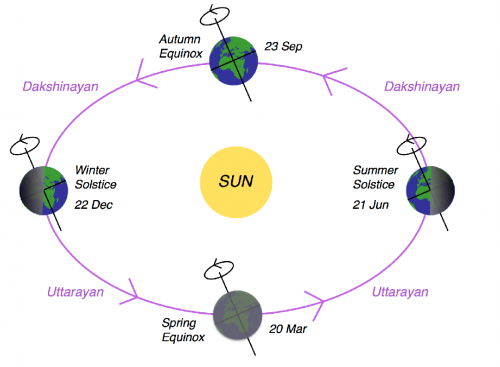 All of these, including the seasons themselves, happen because of the tilt of the Earth's axis. Our equator is defined as being perpendicular to its rotation axis. However, this equator is inclined at 23.5 degrees with respect to the Earth's orbit around the Sun. Hence, our rotation axis is also tilted at this angle from the axis of revolution around the Sun. Now, as the Earth rotates once a day, all stars as well as the Sun seem to rotate around us daily in paths that are parallel to our equator projected on the sky.

In this annual journey, the location of the Sun when it is highest in the sky will not be directly overhead every day. Instead it will pass either a bit north or a bit south of the zenith, or the point directly overhead. If this is so, then any vertical pole will still cast a shadow even at local noon. It is only when the Sun is at the zenith itself that such a pole will cast no shadow. We know that the apparent path of the Sun goes from 23.5 degrees south of our equator to 23.5 degrees north of it through the year. Therefore for all places on Earth which are between the Tropics of Cancer and Capricorn, the Sun, when it is at its highest point in the sky at noon, will be directly overhead twice in the year – once during `Uttarayan’ and once during `Dakshinayan’. These are called Zero Shadow Days or ZSDs for that location.

The ZSDs progress northwards till 21 June and goes southwards thereafter. For example, it occurs on 15 April and 27 August in Kochi, 24 Apr and 18 August for Chennai and Bengaluru, 9 May and 3 August for Hyderabad, 15 May and 28 July for Mumbai, 5 June and 7 July for Kolkata and 8 June and 4 July for Indore (which is near the Tropic of Cancer).

If you live in Andaman & Nicobar, Kerala, Tamil Nadu, Lakshadweep, Puducherry, Karnataka, Telengana, Andhra Pradesh, Goa, Maharashtra, Chhattisgarh, Dadra and Nagar Haveli, Daman and Diu, or the southern parts of Madhya Pradesh, Gujarat, Jharkhand, West Bengal, Tripura or Mizoram, you will get two Zero Shadow Days every year. For other locations which are above the Tropic of Cancer, the noon-time shadow will be shortest on 21 June, but not quite zero. Places along the Mangalore-Bengaluru-Chennai latitude experiencing ZSD (on 24 Apr), which is currently moving northwards.

Understanding the motion of the Sun, the tilt of the Earth's axis, and even how to tell time can all be done with just one equipment and which too is deceptively simple – a stick planted on the ground. Called shanku in Indian astronomy traditions, and gnomon in the west, such a stick and its variants have been used in every civilisation in the world for thousands of years. Many ancient astronomers like Aryabhata, Varahamihira and Bhaskara had written about its usage.

All you have to do is to drive a stick into the earth vertically on a level ground, and mark the tip of its shadow every hour or so. You will notice that shadow will keep growing taller or shorter, but will not completely disappear. From this experiment, students can determine the four cardinal directions and the exact time of the local noon. If you do this exercise for a few days preceding the ZSD for your location and for a few days following, you can see the length of the shortest shadow decreasing to zero and increasing again. You can even do this along with a number of schools spread over a range of latitudes and see how ZSD crosses each of these schools day after day. In fact, by measuring the length of the shadow from two places at noon, the Greek astronomer Eratosthenes could determine the diameter of the Earth itself, to an accuracy of a few percent, more than 2,200 years ago. Another version of the shanku is a stick that is pointed towards the North Pole instead of being vertical. This is the basis of the enormous Nadivayala in Jantar Mantar in Jaipur as well. (India Science Wire)

Niruj Mohan Ramanujam is a radio astronomer and a member of the Public Outreach and Education Committee of the Astronomical Society of India.