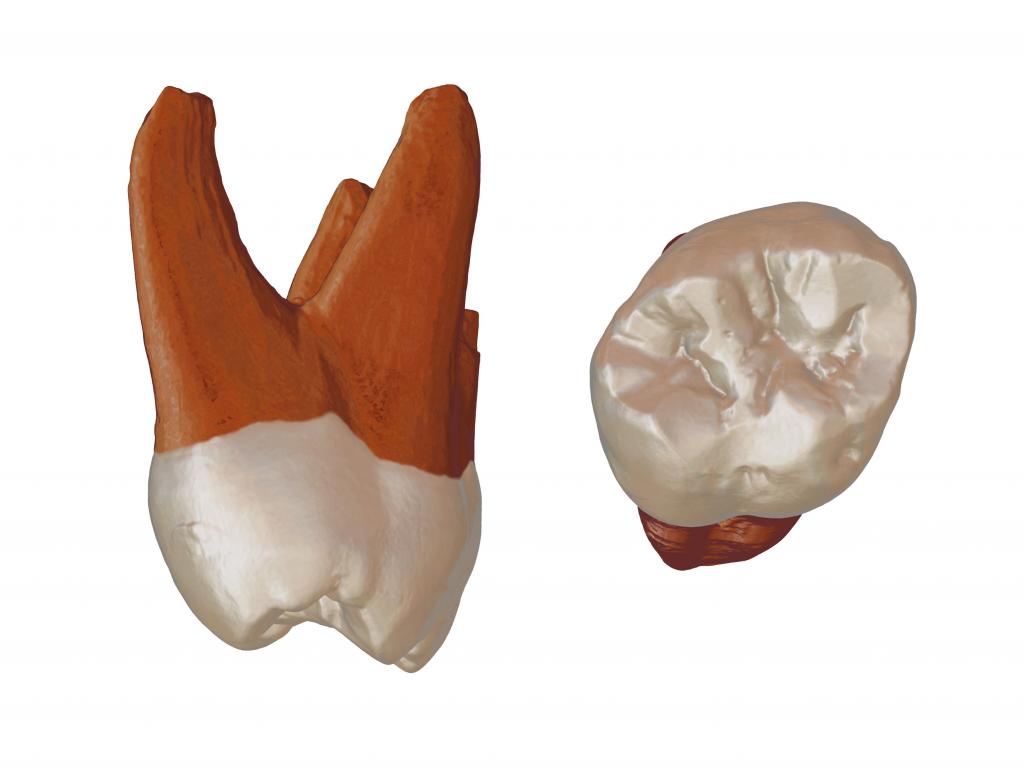 In 2015, our Serbian-Canadian archaeological research team was working at a cave site named Pešturina, in Eastern Serbia, where we had found thousands of stone tools and animal bones. One day, an excited Serbian undergrad brought us a fossil they had uncovered: a small molar tooth, which we immediately recognized as human.

A single tooth may not seem like much, but a lot of information can be drawn from it. We knew it was about 100,000 years old, because the layer it was found in had previously been dated. We were able to build a high-resolution 3D model to study the shape of the crown, roots and internal structure. We made detailed measurements and performed statistical analyses which are published in the June 2019 issue of the Journal of Human Evolution.

The results of our analysis are clear: our little tooth belonged to a Neanderthal. Neanderthal fossils have been found in Croatia and Greece, but they are still relatively rare in the Balkans, compared to Western Europe and the Middle East. This is the first Neanderthal ever found in Serbia.

The first Neanderthal from Serbia

The Neanderthals were a group of ancient humans who lived in western Eurasia during the Pleistocene epoch. Their earliest ancestors lived in Spain almost half a million years ago, and their range gradually expanded eastward through Europe and the Levant and as far as Siberia.

The timing of the Neanderthal demise and the modern human conquest of Europe can’t be a coincidence. Ten years ago, most paleoanthropologists would have told you that our two groups were competitors: Neanderthals were bigger and stronger, but we were smarter, and in the battle for survival in the harsh landscape, brains beat out brawn.

Attitudes quickly changed in 2010 when the Neanderthal genome was sequenced for the first time, and along with it we discovered that all living humans outside of sub-Saharan Africa carry a small amount of Neanderthal DNA. More recently, we’ve discovered that they carried some of our genes too.

This means that, at least some of the time, our two groups were lovers and not fighters. We’ve never found modern human and Neanderthal skeletons together at the same site, so it’s possible these romantic flings were rare exceptions. But we don’t have any clear evidence of violence between the two groups either, so the question remains open.

The crossroads of Europe

The Central Balkans could hold the key to answering these questions. Sitting at the “crossroads of Europe,” the Balkan Peninsula represents the intersection of several important migration corridors. Rivers like the Danube cut paths through mountain ranges, creating highways for migrating animals and people to follow. Modern humans followed these routes when they first migrated into Europe, funnelled through the same valleys the Neanderthals called home.

Pešturina Cave sits along one of these migration routes, in the side of Jelašnica Gorge, facing out towards the great floodplain of the Nišava River near the modern city of Niš. Even though no one had ever found a Neanderthal fossil in Serbia before now, we were pretty sure they lived there because we have found the remains of their culture: the so-called “Mousterian” stone tool tradition. We also know that early modern human migrants made Pešturina their home later on, because we find their unique stone tool traditions as well. This makes Pešturina Cave one of very few sites in Serbia where we know that both groups lived in the same place, albeit at different times.

Unfortunately, we still don’t know very much about the early prehistory of the Central Balkans, despite the long tradition of archaeological research in the region. Twentieth century archaeologists concentrated on early farmers, Roman palaces and Medieval fortresses. Less visible and more difficult to interpret, Palaeolithic archaeology took a back seat, until now.

Led by archaeology professor Dušan Mihailović of Belgrade University and Bojana Mihailović, curator at the National Museum of Serbia, our international team of researchers has been identifying and excavating caves throughout Serbia, trying to fill the gaps in our knowledge of this important region. Along with our coauthor Predrag Radović, our role on the team is to study fossil human remains.

A decade ago, in a cave not far from Pešturina named Mala Balanica, we found a human jawbone which would later be dated to about half a million years old — the oldest human fossil from the Central Balkans and one of the oldest from Europe. This jawbone did not belong to a Neanderthal, but to an older (and different) kind of human called Homo heidelbergensis. But we expect to find even older remains: human fossils have been dated to 1.8 million years ago in Georgia and to 1.4 million years ago in Spain; the Balkan crossroads lies right in the middle.

Pešturina Cave has also given up other gifts as well. In the same level as the tooth, our team found a cave bear bone with a series of parallel cut marks made by stone tools. They’re not butchery cuts, and it looks like they might have a symbolic purpose. This would be a big deal because until recently, most researchers thought symbolism and artistic expression were uniquely modern human behaviours. This attitude is shifting, since we’ve recently discovered that Neanderthals probably adorned themselves with feathers, talons and shells and even painted their caves.

The tooth from Pešturina is a small but exciting step towards reconstructing the complex prehistory of human migration and cultural contact in the Central Balkans.

In a collaboration between Belgrade University and the University of Winnipeg, we have been able to offer hands-on field experience to Canadian and international students. Through this collaboration, the Central Balkans will continue to give up more and more clues about our early ancestors and their relationship with the mysterious Neanderthals.