Artemis set to take off soon: 5 things you need to know about this NASA mission

The next giant leap for mankind not alone; Joint plans by Russia-China for research station, India's Chandrayaan has lunar targets too 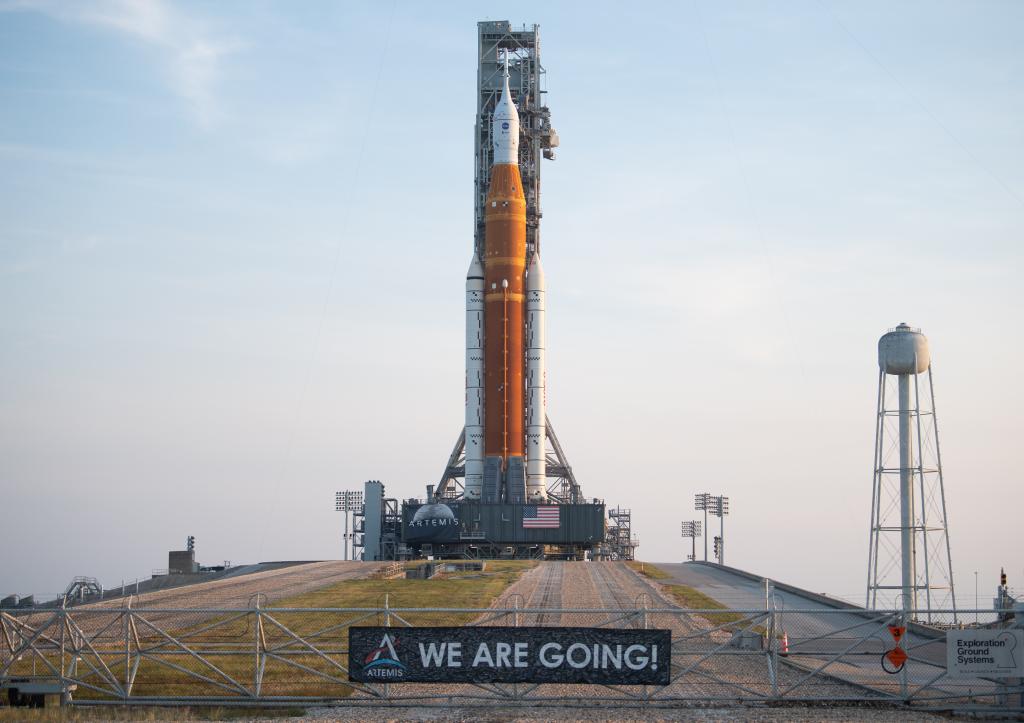 UPDATE: NASA delayed the debut of its towering moon rocket August 29 after issues emerged during countdown, postponing the launch

National Aeronautics and Space Administration (NASA) is set to make history once again August 29, 2022. The space agency’s Artemis I mission is the first in a series of increasingly complex missions that will eventually take humans back to Earth’s lone satellite.

The programme’s long-term vision is to establish a permanent base camp on the Moon and facilitate human missions to Mars.

The launch will also feature NASA’s space launch system — its most powerful rocket to date. The mission is scheduled to launch around 6.03 pm, Indian Standard Time.

Here are a few lesser known things about the Artemis programme

Donald Trump signed off on the lunar programme

The last time humans stepped on the Moon was over 50 years ago, with the Apollo 17 mission in 1972. Since then, the lunar space programme has seen mostly a lull. However, in recent times, we have seen a resurgence of plans to go to the Moon.

The Artemis programme by NASA is not the only one. In 2021, Russia and China laid out their roadmap for a joint lunar research station, according to online magazine Inverse. India’s Chandrayaan programme also targets lunar missions.

The Artemis programme was formally established during the administration of United States President Donald Trump. The president signed the Space Policy Directive December 11, 2017.

This changed the national space policy that provided for a US-led, integrated program with private sector partners for a human return to the Moon, followed by missions to Mars and beyond.

The programme has also enjoyed strong bipartisan political support — an unusual phenomenon in the current US climate.

Chinese Moon ambitions may have kicked Artemis into drive

NASA had initially planned humans’ return to the Moon by 2028, news broadcaster British Broadcasting Corporation had earlier reported. However, the US administration directed the space agency to bring the deadline forward to 2024, citing Chinese lunar ambitions.

China aims to achieve space superpower status in the next decade. Beijing plans to send a crewed mission to the Moon and build a research station there within the next decade, according to a 2019 report in science news outlet Phys.org.

The country claimed to have become the first nation to land a rover on the far side of the Moon in January 2019, it further said.

The country plans to build a scientific research station on the Moon’s south pole within the next 10 years, said China National Space Administration head Zhang Kejian, according to the country’s official Xinhua News Agency.

Tourism is likely to become a revenue source soon. In 2018, Elon Musk’s private space company SpaceX unveiled the first private passenger it plans to fly around the Moon in 2023.

Space company Astrobotic says it’s building a “railroad” to the Moon. It’s one of a number of companies that want to transport items to the lunar surface, according to a BBC report.

Future endeavours might make the natural satellite a destination for tourism, albeit only for ones with pockets deeper than most.

NASA also depends on SpaceX for future lunar missions with the Artemis programme, which was made possible by Trump signing the 2017 contract.

First woman and person of colour on the Moon

NASA plans to put the first woman and first person of colour on the Moon with the Artemis programme. The earlier mission to the Moon was named after the Greek god Apollo. The current one is named after his mythical twin sister.

There was speculation about the identity of the agency’s first female Moonwalker, BBC had earlier reported. The space agency has 38 active astronauts, 12 of whom are women.

Among the active astronauts, Stephanie Wilson has the most flight experience, having been on three shuttle missions, said the report. Tracy Caldwell Dyson and Sunita Williams have each logged two flights. One of these women will likely lead the crewed missions later.

No humans aboard for this mission

The Artemis I mission is uncrewed and will have only test dummies on board. The mission’s primary objective is to propel a test capsule, called Orion, far from Earth.

This spacecraft will loop around the Moon on a big arc covering 65,000 kilometres before returning home to a Pacific Ocean splashdown in six weeks.

If the mission is successful, astronauts will climb aboard for a future series of ever more complex missions, starting in 2024.

Orion will carry a few slivers of moon rocks collected by Apollo 11’s Neil Armstrong and Buzz Aldrin in 1969 and a bolt from one of their rocket engines, salvaged from the sea a decade ago, reported the news agency The Guardian.