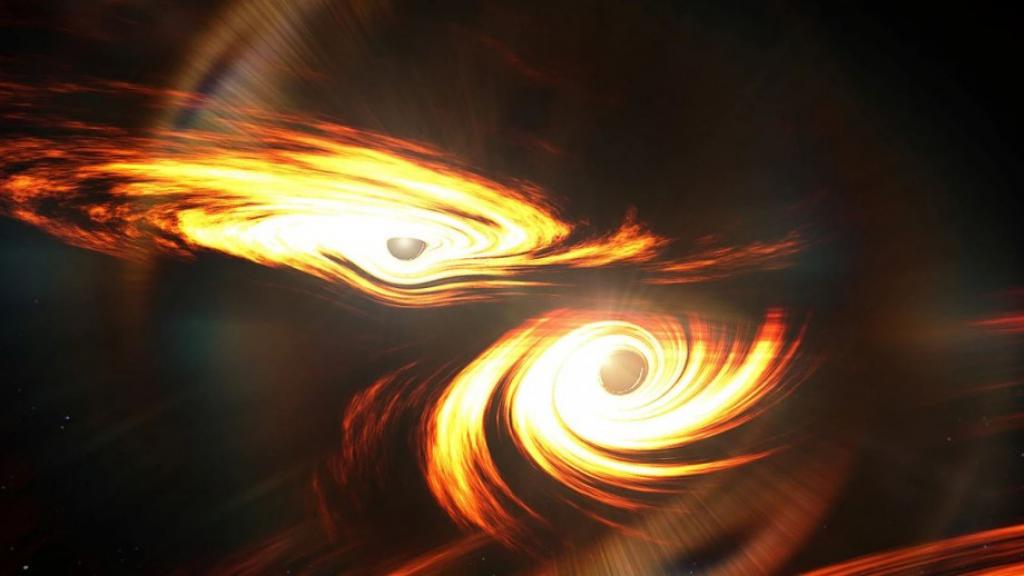 The collision was observed by the National Science Foundation’s Laser Interferometer Gravitational-Wave Observatory (LIGO), the world’s largest gravitational wave observatory, and the European-based Virgo detector and VIRGO Scientific Collaboration. They included scientists from the Centre for Gravitational Astrophysics at The Australian National University (ANU).

According to astronomers, any black hole 65-130 the mass of the sun is ‘impossible’ to exist. And any star big enough to create such a massive black hole should destroy itself upon collapse via a process called pair instability.

So how did these two black holes collide?

“We think of black holes as the vacuum cleaners of the Universe. They suck in everything in their paths, including gas clouds and stars,” said Professor Susan Scott from the ANU Research School of Physics, a co-author on the publication.

She added that the black holes also suck in other black holes, which makes it possible to produce bigger and bigger black holes by the ongoing collisions of earlier generations of black holes.

“The heavier impossible black hole in our detected collision may have been produced in this way,” said Scott.

That is, astronomers believe the smaller black holes could have already been the products of previous mergers.

Black holes 100-100,000 times the mass of the sun are called intermediate mass black holes (IMBHs). There have been no conclusive electromagnetic observations for IMBHs in the mass range 100-1,000 solar masses.

“Every observation we make of two black holes colliding gives us new and surprising information about the lives of black holes throughout the universe,” said ANU researcher Vaishali Adya.

“We are beginning to populate the black hole mass gaps previously thought to exist, with 'impossible' black holes that have been revealed through our detections,” she added.